FT interviews Jony Ive ahead of Apple Watch, details on design vs. iPhone (and battery vs. thin), intensity and pricing estimates 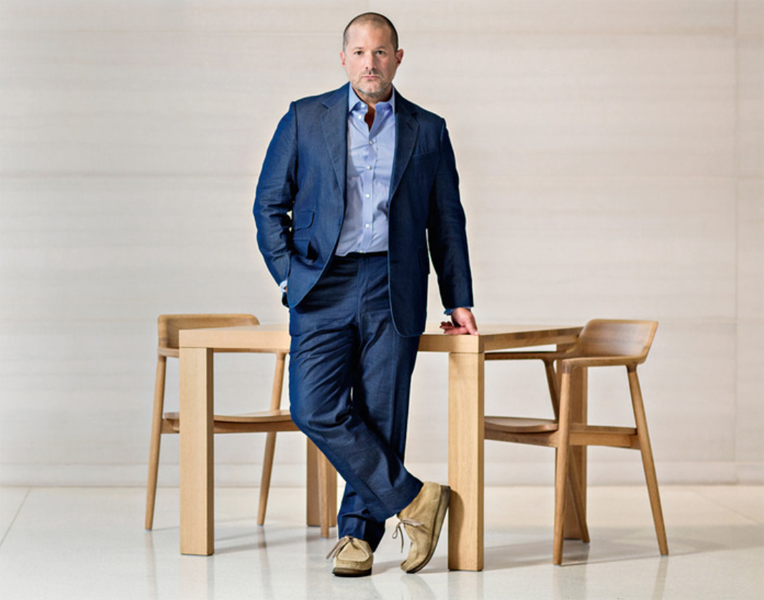 London’s Financial Times today carries a profile of Jony Ive in which he discusses how the Mac changed his dislike of computers, why he is consumed by design and disinterested in sales, the difference between designing a phone (and its slim battery)  and designing a smartwatch–and why Apple decided to take a low-key approach on even the top-end Edition watch.

The piece also contained an interesting (if possibly mistaken) estimate on Apple Watch pricing (update: Apple PR has now confirmed to us that the FT is indeed mistaken) …

Ive told the FT‘s Nick Foulkes that the original Macintosh changed his view of computers, and set the tone for his design philosophy It is a story that’s been told before but it makes an interesting opening.

I was inherently sceptical and didn’t like using a computer at art school. I remember discovering the Mac just at the end of my course. What shocked me was that via this object I became aware of the people who had designed, developed and made it. So in a way I wasn’t actually that interested in the Mac itself, but did have a clear sense of the humanity within it […] I think you start to develop a relationship with the product, in that you feel it’s the result of the great care taken by the people who worked together to develop it. And you respond to that.

That sense of humanity is, he says, what drives the design team’s meticulous attention to detail.

This is difficult to describe and it could be misinterpreted very easily, but there is a sense of almost serving your fellow humans. While people might not be able to articulate why they care and why they prefer one thing over the other, I really think that most people are very discerning.

Foulkes says that Ive has something of the same intensity about him as Steve Jobs.

Perhaps the least emotionally loaded way of describing Jobs would be intense. There is also some of that intensity about the way Ive works, and it is this professional focus that liberates him from worrying too much about Apple’s share price and its effect on the US dollar. He says the design team is not “distracted by or overly concerned with the ramifications of what we do, because we’re so consumed by design and trying to solve problems. I think being fanatical and myopic are fundamental to our approach.”

This myopic approach is, says Ive, the reason he doesn’t worry about how many Apple Watches the company will sell.

I’m much more concerned about how we can make them as good as possible than how many we’ll sell. We’re brutally self-critical and go through countless iterations of each product

Designing the Apple Watch was, he says, a very different experience to designing the first iPhone, because the team came from a totally different starting-point.

It was different with the phone – all of us working on the first iPhone were driven by an absolute disdain for the cellphones we were using at the time. That’s not the case here. We’re a group of people who love our watches. So we’re working on something, yet have a high regard for what currently exists.

“One of the things that struck me,” says Ive, “was how often I’d look at my watch and have to look again quite soon afterwards, because I hadn’t actually comprehended what the time was. If I had looked at something on my phone, because of the investment involved in taking it out of my pocket or my bag, I would certainly pay attention. I quite like this sense of almost being careless and just glancing. I think for certain things the wrist is the perfect place for this technology.”

One of the tidbits shared in Bloomberg‘s piece about the Apple Watch developer workshops was that Apple recommends watch apps are designed to be used for no more than ten seconds at a time.

Foulkes says Ive is unapologetic about the anticipated one-day battery-life of the Apple Watch, just as he is with the iPhone–despite the fact that 60% of our readers want it to be improved.

“When the issue of the frequent need to charge the iPhone is raised,” Foulkes writes, “[Ive] answers that it’s because it’s so thin and light that we use it so much and therefore deplete the battery.”

We didn’t want the packaging to be a sort of shorthand for value, where the box needs to be big and we have to include expensive materials. We’ve always liked the idea that if we are heavy in our thinking, we can be much lighter in the implementation. So there’s huge virtue, I think, in keeping the packaging small: at least, it is the right choice environmentally, it’s easier to move things around and you don’t end up with your wardrobes full of large watch boxes that you don’t use.

Foulkes also makes reference to pricing, suggesting that the steel model of the Apple Watch will have the same starting price as the Sport model.

He runs through the three ranges of Apple Watch with their different materials – the stainless-steel Apple Watch, the anodised-aluminium Apple Watch Sport (both from $349) and the Apple Watch Edition in 18ct yellow or rose gold (with an as yet unconfirmed price of around $4,500).

There is no quote from Ive on price, and the ‘both’ is probably a mistake, but you’d have thought with such a high-profile piece that Apple PR would have vetted it for factual errors. Update: Apple PR has now confirmed to us that the price reference was “a misinterpretation.”

In fact, the complete piece makes an incredibly interesting weekend read, if you can wait that long.

We should of course learn much more about the Apple Watch–hopefully including the actual pricing on the steel and gold models–at the Apple’s Spring Forward event on Monday. The wearable goes on sale in multiple countries in April.