Although many people expected that Apple’s Spring Forward event would mostly focus on the Apple Watch, more than half of the event — notably, the first part — covered other topics. Collectively, there were so many interesting developments that their individual significance was somewhat lost, particularly given that long-awaited Watch pricing news wrapped up the event.

That’s why I wanted to reconsider what Spring Forward revealed about some of Apple’s non-Watch products. Some of the announcements signal that big changes are ahead for Apple’s Mac, iPad, and Apple TV product lines, as well as Apple itself. Read on for my thoughts, and add yours to the comments section below…

Apple first pitched a super-slim, lower-powered laptop back in 2008 when it debuted the original MacBook Air, which eventually replaced the MacBook. Seven years later, it’s making the exact same pitch with the 12″ MacBook relative to the current MacBook Air: pay more and give up some processing power and ports for an impossibly smaller machine. 9to5Mac’s Ben Lovejoy described the 12″ MacBook as a laptop for people with “very undemanding needs” who “want the sleekest possible form-factor,” which is “the exact subset of people who were the target of the original MacBook Air in 2008.”

The strategy is familiar, but the MacBook is a game-changer for the Mac family. First, consider the implications of its name: it’s thinner and lighter than the Air, but Apple just went with “MacBook.” How much longer can a heavier “Air” — a design Apple hasn’t updated for years — stick around? I’d argue that the only major things keeping Apple from nixing the Air will be pricing and processing performance. Pricing is easier: following Apple’s current MacBook Air configurator, Apple could immediately release a $999 12″ MacBook with the same 4GB of RAM and 128GB SSD as the $899 11″ MacBook Air. (This assumes Apple’s standard $200 price premium to double the SSD, and $100 to double the RAM.) The only question is whether MacBook customers will care about stepping down from the Air’s 1.6GHz CPU to the MacBook’s 1.1GHz CPU — and care enough that they don’t prefer the far better 12″ display. Assuming that Apple doesn’t continue to widen the gap with new Air processors, the Air can go away quickly.

Also, consider the implications of its screen size: Apple wouldn’t release both 12″ and 13″ Retina MacBooks. That means that a larger model — assuming Apple continues to offer two sizes — would likely have a 14″ screen. We may be close to a point where there are 12″/14″ MacBooks and 13″/15″ MacBook Pros, each with more interesting distinctions and overlaps than today.

Finally, there’s the MacBook’s new USB-C port. 9to5Mac’s Seth Weintraub expects to see it in all new Macs by next year, making cable connections easier and improving the versatility of USB to include video output and two-way power. It’s going to be particularly interesting to see whether that port remains Mac-only, which leads me to… 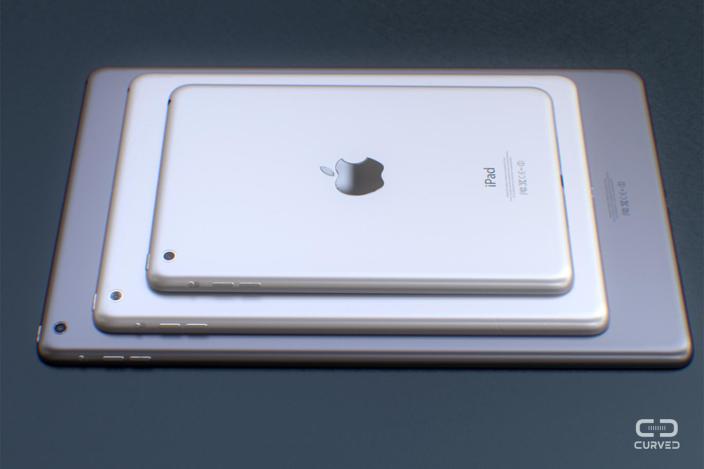 The iPad + MacBook: Closer Together Than Ever Before

Before yesterday’s event, there were rumors that the 12″ MacBook and upcoming 12″ iPad Pro would actually be the same machine. We didn’t take them seriously, but the new MacBook definitely blurs the Mac/iPad distinction further than before, thanks to its iPad-like weight, low-power CPU, fanless design, and single accessory port. If it had a touchscreen and a Lightning port rather than USB-C, a dual-boot mode with iOS would have seemed inevitable.

Last week, the Wall Street Journal reported that Apple is considering the addition of USB ports to the larger iPad, specifically to enable keyboard and mouse support. If the Journal is correct, there are only two possibilities: Apple would either need to add optional cursor support to iOS, or enable the larger iPad to run OS X alongside iOS. Regardless, both the WSJ and Bloomberg have specifically pegged the iPad’s screen size at 12.9″, which is ergonomically questionable for a purely handheld device. The need for a way to rest such a large iPad on a table is almost self-evident, and — unless Apple’s going to build in a stand — a keyboard and trackpad dock would make a lot of sense… particularly in a landscape orientation.

Up until now, couch-friendly iPads and desk-friendly MacBooks have overlapped for certain light work activities. The lighter 12″ MacBook and bigger 12.9″ iPad will certainly increase this overlap dramatically.

Apple TV: Is Apple Setting The Stage For A Big Reveal?

Apple had the opportunity to redefine the relatively slow-selling Apple TV family this week with new hardware or yet another new user interface. I said last week that I didn’t believe that would actually happen, even though the latest information we’ve received suggests that Apple already has a smaller, better-controlled device ready to go with App Store support. Instead of announcing the fourth-generation Apple TV, Apple appeared to be punting the ball by dropping the old $99 model to $69 and announcing only one (admittedly significant) content change: HBO Now.

It’s possible that Apple didn’t want to distract more from the Apple Watch launch than it did with the 12″ MacBook, but the Apple TV’s glacial evolution has been a sore spot for years. Even so, dropping the price to $69 is superficially puzzling — it cuts into profits, it’s not so different that it’s likely to attract new customers, and it sets a new pricing floor for Apple-branded TV hardware. Why would Apple do any of those things ahead of a refresh?

There’s another, more positive perspective: the price drop suggests that the next Apple TV is coming, and underscores that it won’t be much more expensive. Recall that the first-generation Apple TV quickly stalled out at a $299 price point, becoming a “hobby” for Apple and requiring a complete $99 redesign to reignite interest in the category. 9to5Mac’s Mark Gurman suggested today that Apple’s using this price drop to “make room” for what’s coming next, bringing the current Apple TV closer to the price of a Google Chromecast so that the next-generation model will sit above it. That’s increasingly easy to believe. And since developer support will be needed for an Apple TV App Store, WWDC would be an ideal time to announce a new product with that feature. 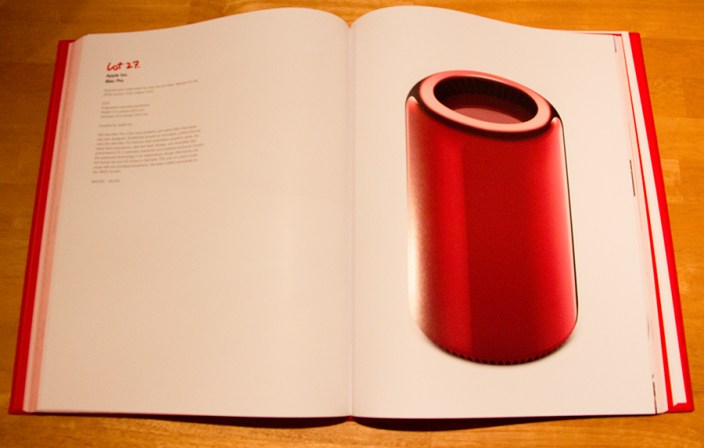 Except for certain watch collectors and people close to Apple’s marketing team, the idea that any version of the “starting at $349” Apple Watch could sell for $10,000 (or more) was considered crazy — up until the moment it was confirmed on stage yesterday, reportedly eliciting gasps from the audience. The discussion of the $10,000-$17,000 Apple Watch Edition has overshadowed the $349+ Apple Watch Sport and $549+ Apple Watch to an extent unmatched by any Apple product launch in recent memory.

Even for Apple, a company that tried to sell the Lisa for $9,995 in 1983 dollars and several other (not particularly popular) computers for inflation-adjusted prices upwards of $10,000, the Apple Watch Edition pricing announcement was a pivot point. It will be remembered as the moment when Apple discarded any shame about being a true luxury brand, embracing the reality that it was leaving money on the table for tacky aftermarket gold-platers to capture. Why should Apple let someone else wrap its products in gold and manmade crystals for a profit when it could come straight from the factory that way?

The Apple Watch isn’t the first ultra-expensive, special edition product to emerge from Apple’s design labs, but Jony Ive’s $977,000 red Mac Pro was a one-off release. Apple Watch Editions may be limited in number, but they’ll be sold in regular stores, and appear to have necessitated the hiring of brand new luxury retail executives. Apple didn’t really need special assistance to sell $349 or $549 watches alongside more expensive iPads and Macs. And it’s hard to imagine it hired executives away from leading watchmakers and retailers just to sell a comparatively small number of gold watches to celebrities.

Apple’s hiring of Mark Newson apparently isn’t a full-time job, and it’s not yet clear whether his work was limited to the Apple Watch or another product. But it’s clear that Apple is bent on transcending its already impressive footprint, and the more outside talent it brings in, the more likely we are to see brand new products — and big new initiatives — rather than iterations on familiar ones.

What Do You Think?

Share your opinions and comments below – I’d love to know what you thought of yesterday’s event, and Apple’s direction going forward!