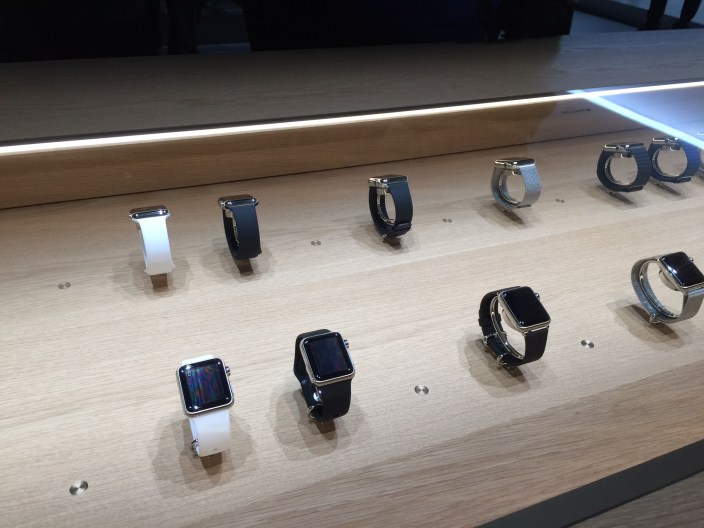 Apple is preparing a new Reserve and Pickup system at its retail stores that will roll out in time for the Watch launch on April 24th, according to sources. The Reserve and Pickup system for the Apple Watch will differ from the existing Personal Pickup system for other products, which allows customers to fully purchase items online before picking them up at Apple retail locations. The new system will allow potential Watch customers to reserve a desired case and band combination online, then try the specific Watch in-store before completing the purchase. As it announced yesterday, Apple will begin taking pre-orders for the Watch beginning April 10th at which point Apple Watches will begin to be displayed within Apple retail stores. Apple is describing the two week period between pre-orders and the Watch going on sale as Preview, and the company allow customers to actually try on the Apple Watch for during this period before it starts shipping.

Similar to the iPhone, Apple has also informed retail employees that Apple Watch pricing will not vary for business customers which typically earn tiered discounts based on frequent past or bulk purchases.

Apple is also encouraging employees to promote the new favoriting feature on the Apple Online Store and the Apple Store app for iOS. The favoriting feature is a way to bookmark the Apple Watch styling of your choice before pre-ordering to hopefully make the process smoother. Apple has more plans for the favoriting feature, though, as the company plans to “provide a personalized experience” to customers that pre-select styles ahead of time.