During its F8 Developer Conference today, Facebook announced a new Facebook Messenger Platform that will allow third-party apps to integrate with its popular Messenger app.

The platform will allow users to launch and install other apps from the Facebook Messenger app itself that add additional features to the experience and allow users to easily share directly from Messenger, as pictured in the screenshots below.

The new platform will launch with 40 supported apps initially, but Facebook is releasing an SDK today that will let any developers integrate with Messenger.

The platform doesn’t exist outside of Apple’s App Store, as Messenger will actually send users to the App Store to install and download the apps that support the platform. The SDK allows app developers to make the experience smooth for users, however. When you launch an app from Messenger, you can quickly jump into creating content in the third-party app and easily share and then jump back to Messenger, as highlighted below: 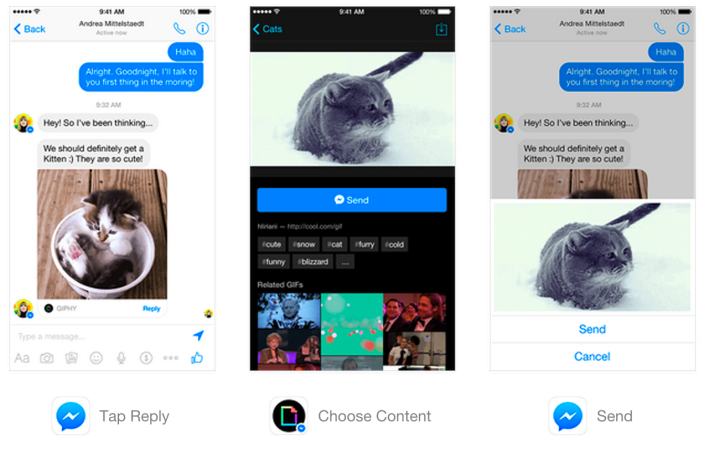 The new Messenger platform comes alongside a new and improved way for users to share content on mobile devices from other apps. Now users will be able to share content across all of Facebook’s services, allowing users to select specific groups, Messenger, or their News Feed to share content. The new sharing screen for app developers is pictured below:

The company also showed off a new Messenger Business platform that will allow businesses to interact with customers in unique ways and offer shipping notifications via the app: 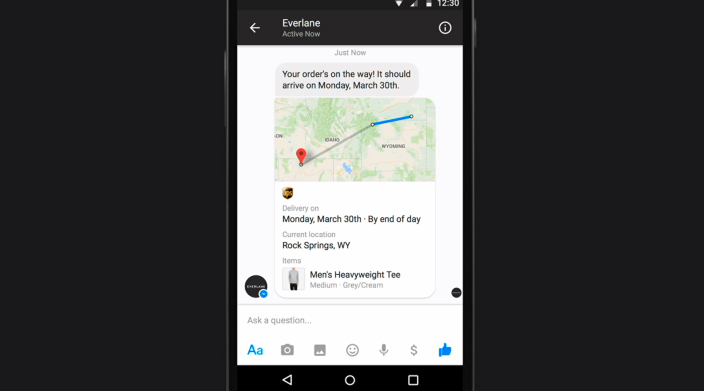 Facebook is still in the process of showing off the new services at its Developer Conference. You can tune into the live stream here.