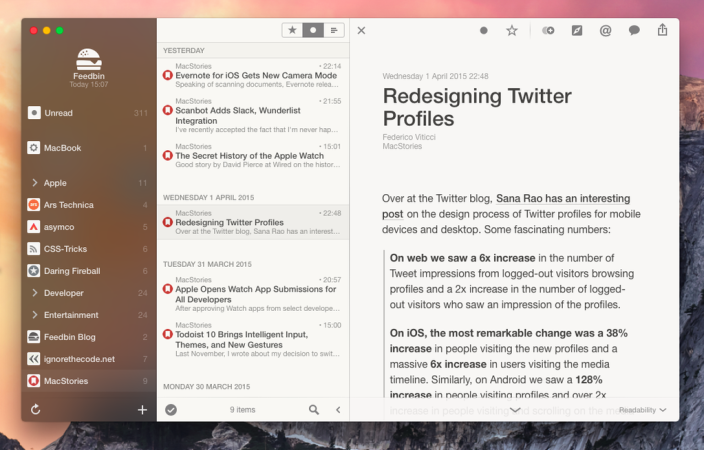 The design changes in Reeder all seem to center around making the app fit in with OS X Yosemite. The sidebar is now transparent, while the toolbar has also been redesigned to be more familiar to users of the Reeder iOS app.

The company said in a tweet that there’s no timetable for a launch of Reeder 3 and that it still needs some work. Reeder did say, however, that the update will be totally free for existing owners of the app. In the meantime, you can download the current version of Reeder from the Mac App Store for $9.99. Reeder for Mac supports Feedly, Feedwrangler, Newsblur, and several other services. Reeder is one of the most popular RSS readers available for Mac and with a forthcoming design update, there’s no better time to buy.