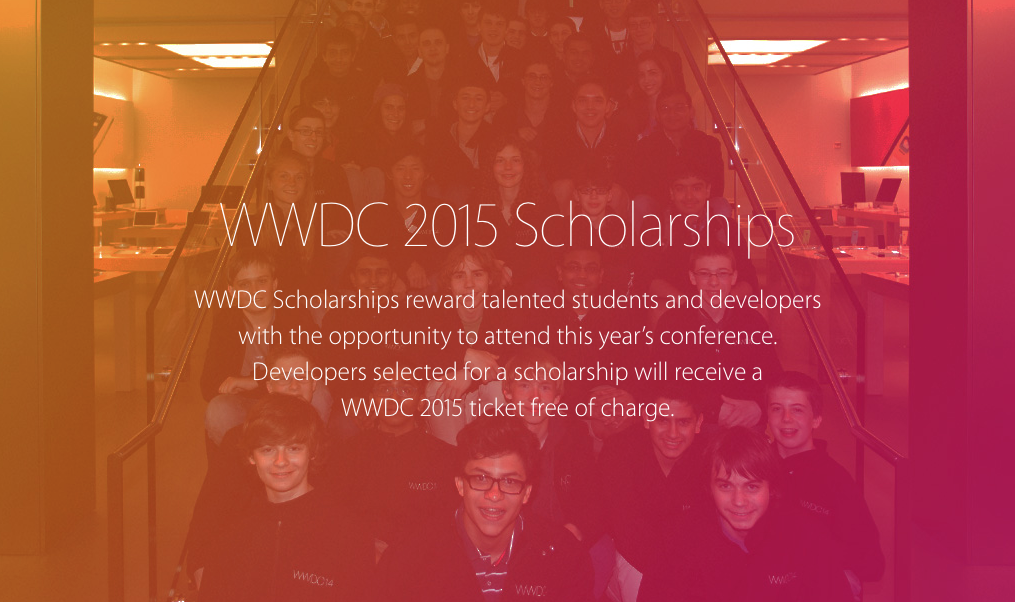 Apple has told Re/code that it is increasing the number of scholarship places offered at this year’s WWDC from 200 to 350 as part of its work to create greater diversity amongst developers. Those selected get a free ticket to the developer’s conference.

The Cupertino technology giant said it will extend […] scholarships to students age 13 and older and members of organizations working to promote science, technology, engineering and math education for young women, blacks and Latinos. The National Society of Black Engineers, App Camp for Girls and La TechLa are among 20 organizations whose members would be eligible for a scholarship.

The company last year published its first ever diversity report, showing that the company is fairly typical of tech companies today: 70% male, 55% white. CEO Tim Cook said then that he was not satisfied with the numbers, and was doing “meaningful and inspiring” work with women’s and minority groups to bring about change.

Let me say up front: As CEO, I’m not satisfied with the numbers on this page. They’re not new to us, and we’ve been working hard for quite some time to improve them. We are making progress, and we’re committed to being as innovative in advancing diversity as we are in developing our products

Cook said during last month’s shareholder meeting that he would work on equality “until my toes point up.”

Apple has, however, refused to make its full federal workforce diversity data public, believed to be on the basis that the job classifications are a poor match for actual roles in the tech sector. Microsoft, Twitter and Amazon also refused.