Apple Watch orders with May & June ship dates being charged, preparing for delivery (U: Apple statement) 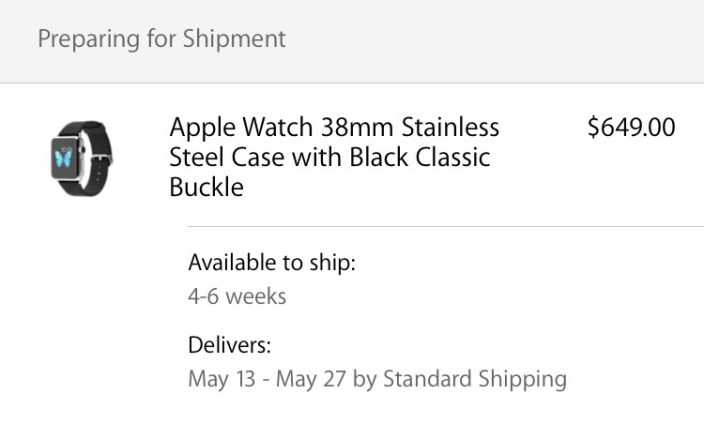 Several 9to5Mac readers with Apple Watch orders that promise May and June ship dates are seeing their order status change from ‘processing’ to ‘preparing for shipment’ despite the delayed delivery dates. Customers seeing these status changes have also reported seeing charges for the Apple Watch purchase. This is usually a sign that the pre-order is moving toward delivery, although for now the delivery dates appear to be unchanged making an early delivery uncertain. Apple started charging the first round of Apple Watch pre-order customers earlier this week as orders began entering the ‘preparing for shipment’ phase ahead of this Friday’s launch.

Still, several Apple Watch pre-order customers with delivery dates of April 24-May 8 still see ‘processing’ orders that have yet to be charged suggesting not all pre-orders with the initial delivery date range will be delivered on launch day.

The reports of Apple Watch pre-order customers with May and June ship dates now being charged and seeing orders prepare for shipment adds to the uncertainty of whether or not customers with early delivery dates will see shipments on Friday. 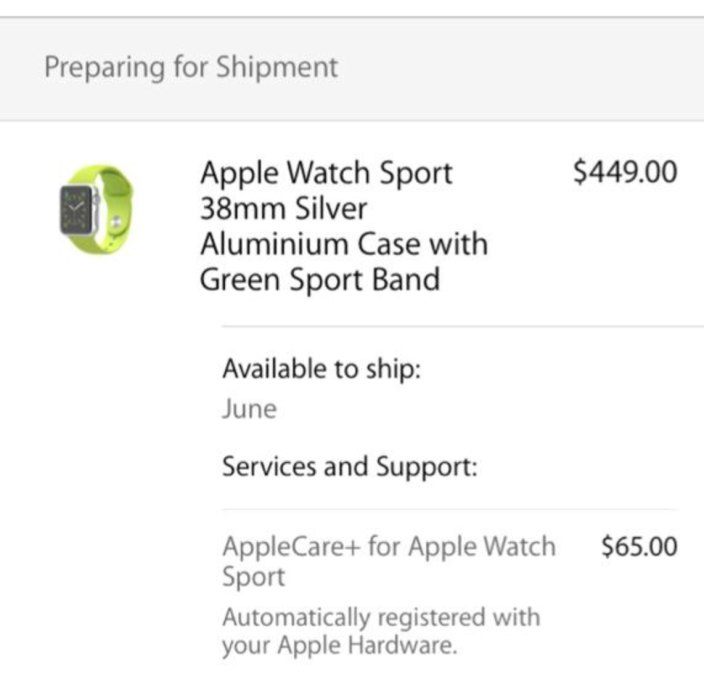 “We’re happy to be updating many customers today with the news that their Apple Watch will arrive sooner than expected,” an Apple spokeswoman told BuzzFeed News. “Our team is working to fill orders as quickly as possible based on the available supply and the order in which they were received. We know many customers are still facing long lead times and we appreciate their patience.”