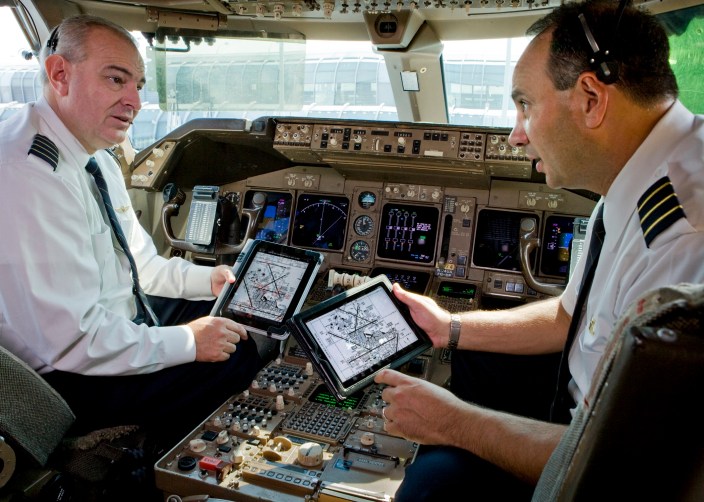 “Some flights are experiencing an issue with a software application on pilot iPads,” American Airlines wrote on Twitter. According to various user reports, iPads went blank for both captains and copilots. In order to resolve the issues, pilots had to return to the gate and connect to the WiFi. American Airlines says that the outage is not limited to just 737s like initially thought, but rather is random and affecting a variety of flights.

It’s unclear how many flights are still being affected by this iPad outage, but some users have reported on Twitter that they’ve been able to take off. The issue was centered around an update that was pushed 4 days ago, according to one pilot.

American Airlines deployed some 8,000 iPads in 2013 to replace paper in the cockpit. The switch allowed pilots to ditch more than 35 pounds of paper documents. Now, all documents are stored on iPads for captains and copilots.

@bjacaruso Some flights are experiencing an issue with a software application on pilot iPads. We'll have info about your departure soon.