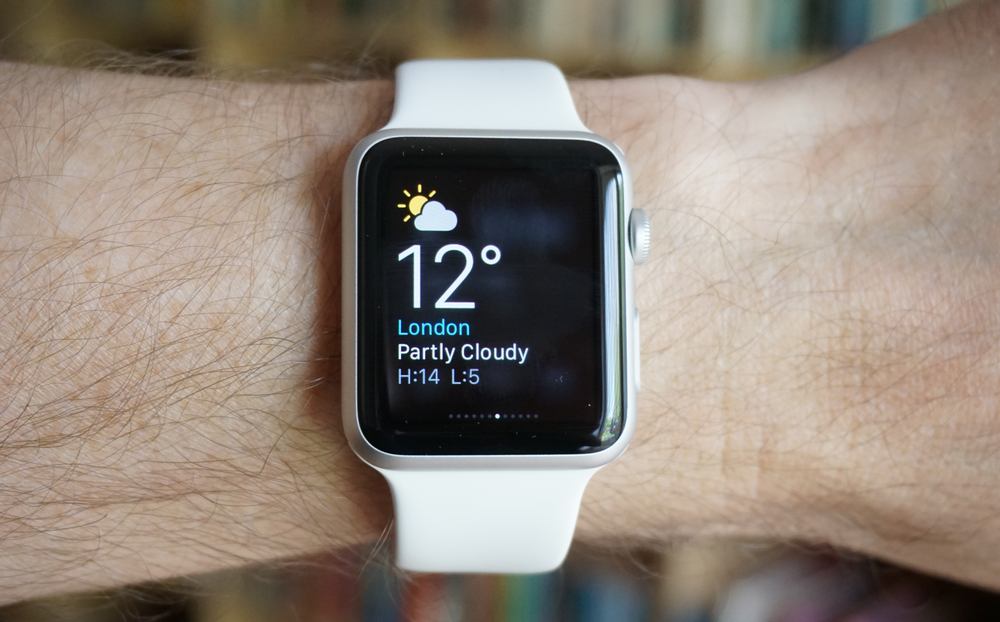 I outlined in my first diary piece why I decided to put an Apple Watch to the test, despite being skeptical about the value of smartwatches. The short version is that there’s only one way to judge a new product category, and that’s by living with it for a while.

I set an arbitrary test period of one week because I think that’s long enough to determine if and how I use it, and what difference it makes to my everyday life. I do recognize that a week isn’t long enough for the ultimate test: will it have been consigned to a drawer two or three months down the line? But I figured you wouldn’t want to wait quite that long for my verdict.

Look & feel is a non-issue because I’m totally used to both now. I’m no longer conscious of having something on my wrist, and it now looks perfectly normal to me. Nothing to see here, move along.

Battery-life is the same. The watch has comfortably made it through a full day every single day (though bear in mind I’m using the 42mm model, with its presumably larger battery). So let’s move swiftly along to the user-interface.

I said last time that the UI is very well thought-through, and quickly became second-nature. That remains my view. That’s not to say it’s perfect: I have discovered a few glitches along the way. Let me give a few examples. 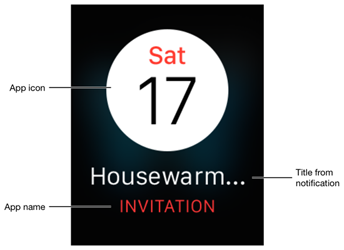 When you get a notification, Apple says you see a ‘short glance’ when you first raise your wrist, and then – if you continue to hold your wrist up – it automatically switches to the ‘long glance,’ with more detail. In reality, the short glance is so brief that I can’t even tell you what most of them look like: by the time I’ve raised my wrist and looked at it, it is already scrolling off into the long glance. The short glance is pointless as it stands. In fact, from the glimpses I’ve seen, they are pointless period. 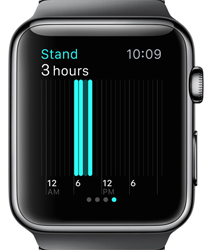 Second, the stand reminders, where the watch prompts us to stand up for at least one minute per hour, lack intelligence. The watch can’t tell when I’m standing, only when I’m moving, so it’s a bit irritating to be reminded to stand when I already am. Also, when it gives my ‘standing times’ tally for the day, it only seems to count the times I responded to the alert, not all the other times I was standing in between alerts. 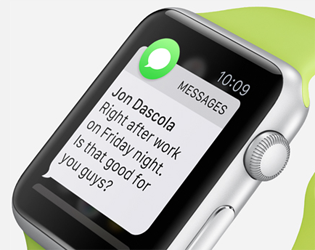 Third, the watch sends notifications for messages even when I’ve already replied to them on my phone, iPad or Mac. The watch notification shows the reply I sent, so it really should be able to work out that the watch alert is superfluous.

This leads into a broader complaint I have about the Apple ecosystem. I get notifications for many things on all of my Apple devices. A calendar alert, for example, appears on my Mac, iPad, iPhone and Watch – and I have to individually dismiss them from all four devices. At the very least, dismissing it on one should dismiss it on all. Better yet would be to figure out from activity which one I’m actively using, send it to that one first and only send it elsewhere – say 30 seconds later – if I fail to respond. Perhaps for watch owners, send it first to the watch – if you are wearing it – then on to other devices. 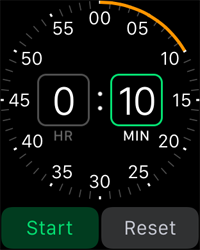 Fourth, the watch needs a little more intelligence in regard to actively-running apps. By default, when you raise your wrist spontaneously (that is, not in response to a notification), it displays the watch face. That’s what I want most of the time, but there are times when I want to see the currently-running app instead. For example, if I set a countdown timer for 10 minutes while cooking, it’s a pretty sure-fire bet that’s what I want to see when I raise my wrist five minutes later; instead, I get the watch face.

Sure, there are a couple of workarounds for this. I could change the default behaviour to display the last-run app. Or I could add the timer to my watch face as a complication. But I don’t want to do either of these things just as a one-off, only to have to switch them back again afterwards. I’d like the watch to be able to figure out for itself very obvious things like a timer set for a short time.

Update: Double-clicking the digital crown opens the last-run app. I’d still prefer it to open automatically, though. And it appears the remote app does open automatically when using it to control Apple TV, so clearly Apple is thinking along these lines for some apps.

I could go on, but the bottom-line is that these are all very minor complaints, and I could come up with equivalent ones for iOS or OS X. In general, the UI works well and the watch mostly behaves as you’d expect it to. 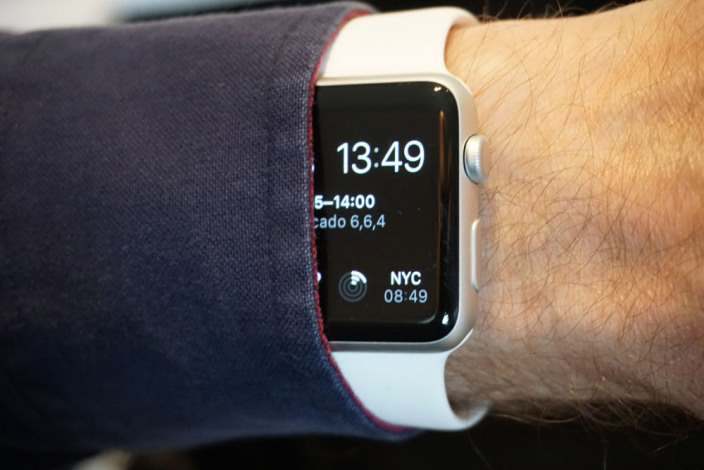 One issue I raised before, not as a complaint about the watch but as a question mark about its usefulness for at-a-glance alerts, is that some of the time the watch is tucked away beneath a sleeve. With slimfit shirts, the ‘flick your wrist to uncover the watch’ trick doesn’t work, and uncovering the watch when wearing a cycling jacket is not something I can do one-handed, so it’s actually easier for me to reach into my pocket for my phone.

As an experiment, I tried wearing it outside my jacket sleeve. I wasn’t 100% sure this would work, as Apple talked about skin contact being needed to keep it unlocked, but it seems this is just for Apple Pay. For most usage, the watch works with or without skin contact: unlock it once, and it remains unlocked.

There were just enough holes in the watch strap to wrap around my cycling jacket sleeve. What I noticed, however, is that while I could still use the watch, most notifications stopped. Not all, but most. However, going into the companion app, into General and then sliding Wrist Detection off solved this: I once again got notifications on the watch.

Of course, losing skin contact means you lose heart-rate data, and that also means you lose other data, like calories. But, as I say, I’m not really into fitness stats, so that’s not a big deal for me. 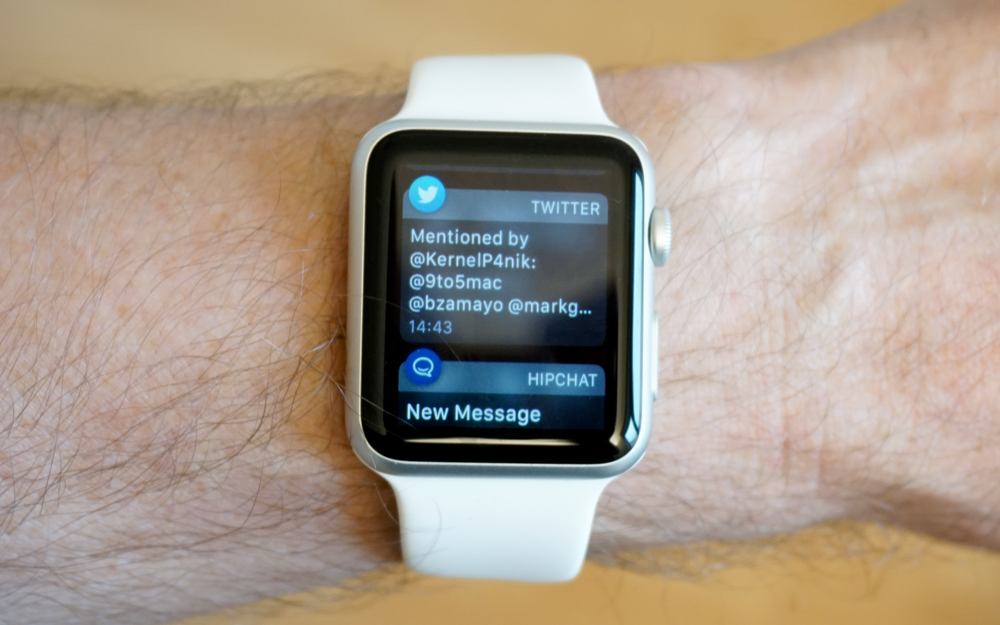 One reader, Maxeichbaum, made an excellent suggestion in the comments to my previous diary entry. If I wanted to complete my test of how useful it is, I should leave it off for a day and see whether I missed it.

Given the short nature of my test, just one week, I opted to leave it off for an evening out. The result? Yes, I missed it.

Not in the way I would my iPhone or iPad. I wasn’t getting the shakes, or glancing nervously toward the exit wondering how soon I could leave to get back my beloved gadget. But when the phone bleeped from my pocket, I looked at my empty wrist and it felt like just a tiny bit of a hassle to have to reach for my phone instead. 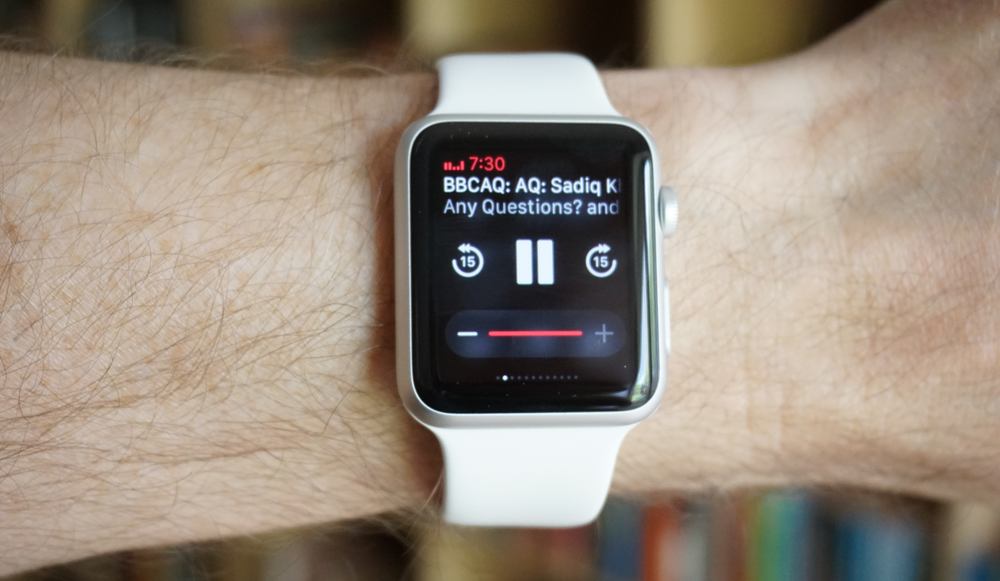 So, the look & feel works, the UI works, I found a workaround for my cycling issue – and I did miss it a bit when I went out without it. So what’s my verdict, and am I keeping it?

I completely go along with the consensus view on this: nobody needs an Apple Watch. It doesn’t do anything you can’t do without your iPhone aside from heart-rate monitoring, and there are much cheaper ways to get that.

Is it useful anyway? Honestly? Mildly. There are times when it’s undeniably a bit more convenient to see notifications on my wrist rather than my phone. If I missed a bit of a podcast, backing up on the watch is marginally more convenient than taking the phone out of my pocket. You can say that Passbook is more convenient on your wrist, no longer having to juggle passport, phone and bag at the airport departure gate. It will be nice not to have to get my phone out of my pocket to pay for something once Apple finally brings Apple Pay to the UK. And so on.

But really, there’s no killer app – at least, not yet. And nothing which honestly justifies five hundred bucks. I ought to stick it on eBay, pocket the profit and buy something more useful.

I could underline that ‘not yet’ part of the killer app, and point to the fact that the more apps there are out there, the more useful the watch becomes, and any one of those future apps could turn out to be my own personal killer app.

I could also, as several of you pointed out, argue that keeping it makes sense because it’s my job to write about Apple stuff. Maybe there would be interest in one last diary piece, some way down the road, looking at my long-term experience. Maybe I’ll want to review Apple Watch apps, or stands.

But all that would be post-hoc rationalization. The truth is, I’m keeping it, as you all correctly predicted, for the reason you all correctly predicted: because I’m a gadget guy, and it’s a cool gadget. I don’t need it. It’s not justified. But, despite my initial skepticism, I like it – so I’m keeping it. Sorry to all those who wanted to buy it …