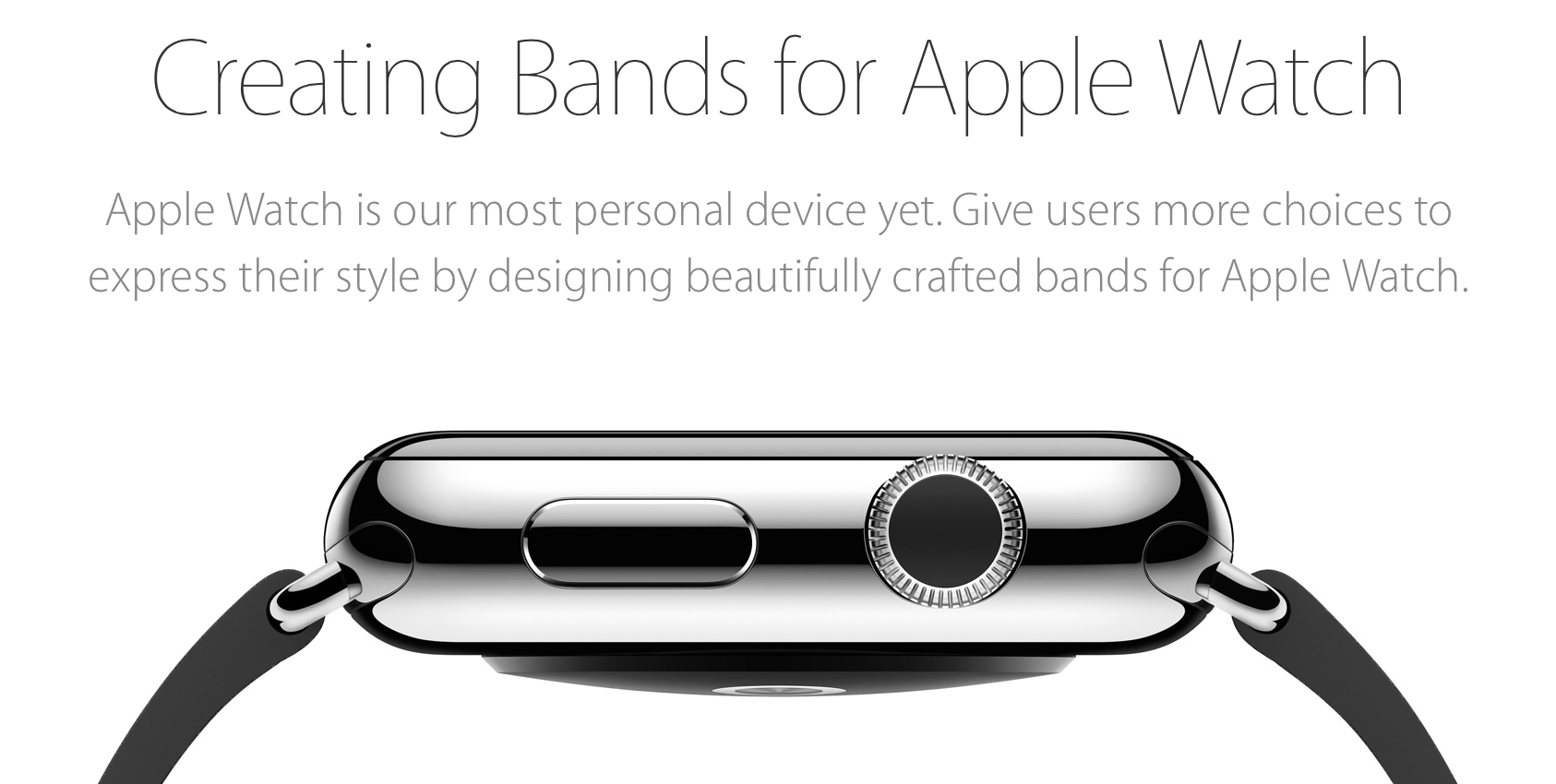 In line with our report from a couple of weeks ago, Apple has just debuted an official program for third-party accessory developers to design and launch bands for the Apple Watch. Like the MFi program for iPhone, iPads, and iPod accessories, this new program is called “Made for Apple Watch.” One of the device’s marquee features is its ability to connect to different straps by way of a standard connector on either side of the Watch, and now, much like with iPhones and iPads, accessory makers will be able to make good use of the product…

On a new website, Apple provides a pair of design guidelines for third-party bands, and Apple promises that “lugs” (attachments for the bands as shown in the video above) will be available soon. Even prior to today’s launch, several third-party developers have debuted straps with new leathers, battery packs, and unique designs. Apple’s guidelines for third-party band development indicate that the accessories must comply with certain environmental specifications and be able to be tightened enough to a wrist to remain compatible with the Watch’s heart rate sensor.

The guidelines do not mention the hidden diagnostic port that some accessory makers hope to leverage. Today’s announcement additionally does not provide official specifications for developing charging accessories, such as the first third-party cable introduced earlier today. For its part, Apple sells various rubber, leather, and metal Apple Watch bands in addition to extra MagSafe chargers in a stainless steel variation. Apple has also provided design diagrams for the Watch, which may intrigue those interested in the Apple Watch’s industrial design: 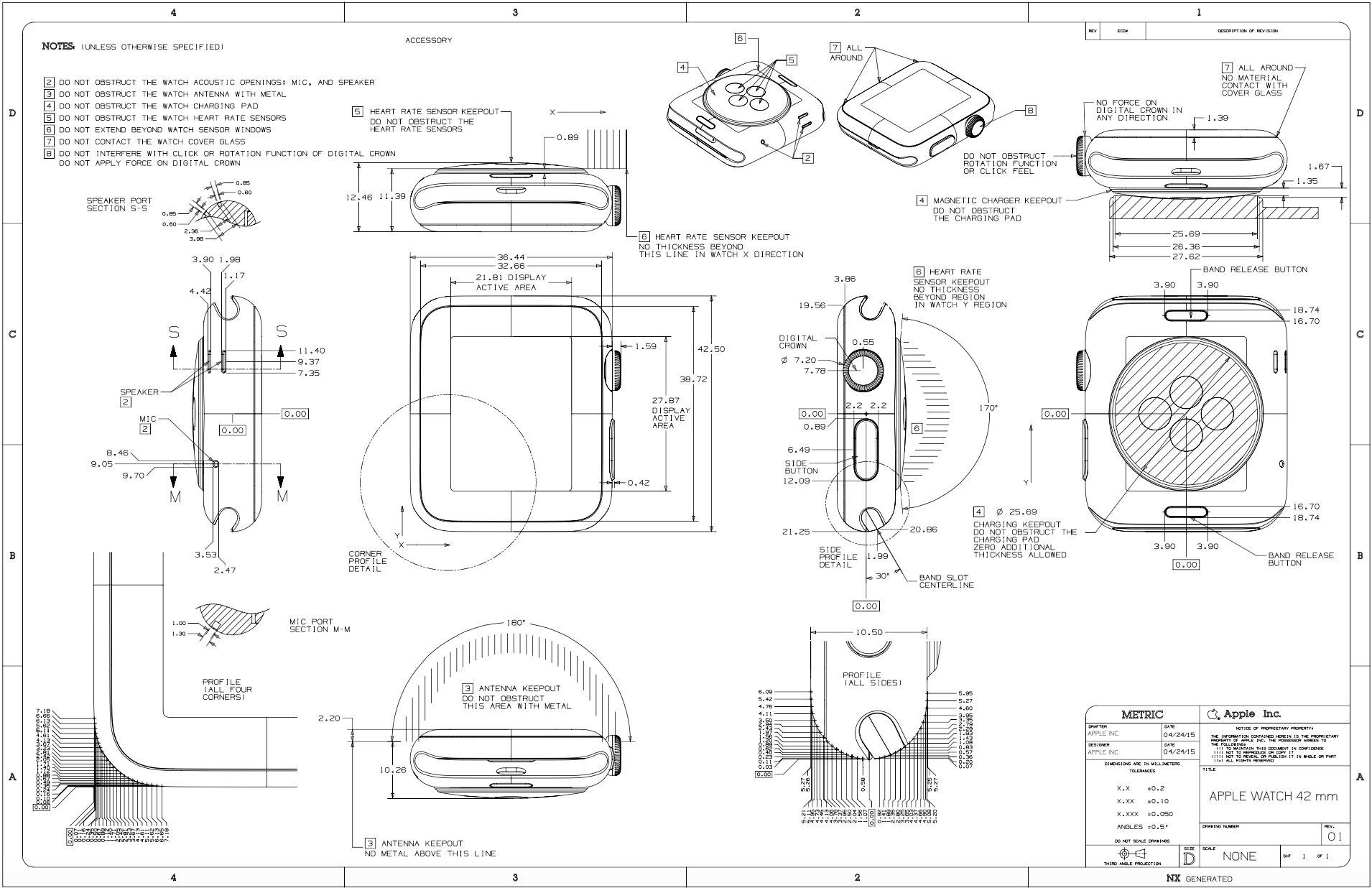