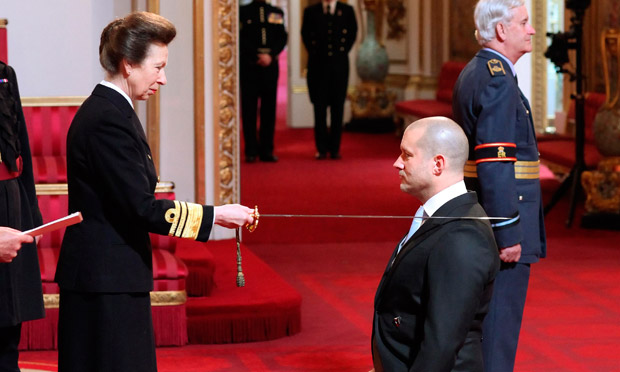 Ive was willed free reign at Apple by Steve Jobs and can do or have just about anything he wants. Titles aren’t of any significance, especially to someone with as little ego and indifference to such things as Ive. There is clearly more to the story than Apple is telling us.

Announcing the role change on a US federal holiday and effective on 2015H2 day 1 – July 1st is something big, planned and perhaps not to be taken as lightly as it is being portrayed.

Let’s look at the announcement which was made via a Stephen Fry article in the UK Telegraph and then announced over internal email (but not on Apple’s PR page -“nothing to see here folks!”). First of all, Ive and Fry are good friends which tells me it was Ive’s choice of news outlet to announce the news. That means the change and how it was going down was likely Ive’s decision and direction. Also, the US markets aren’t open so the AAPL stock jockeys won’t fall off their horses before they think about this for a few hours at least… and then fall off.

More importantly, there is some background to consider. We’ve known for quite some time that Ive longs to be back in his native Britain for a variety of reasons. One thing Fry said in the long and winding story really jumped out at me:

Jony will travel more, he told me. 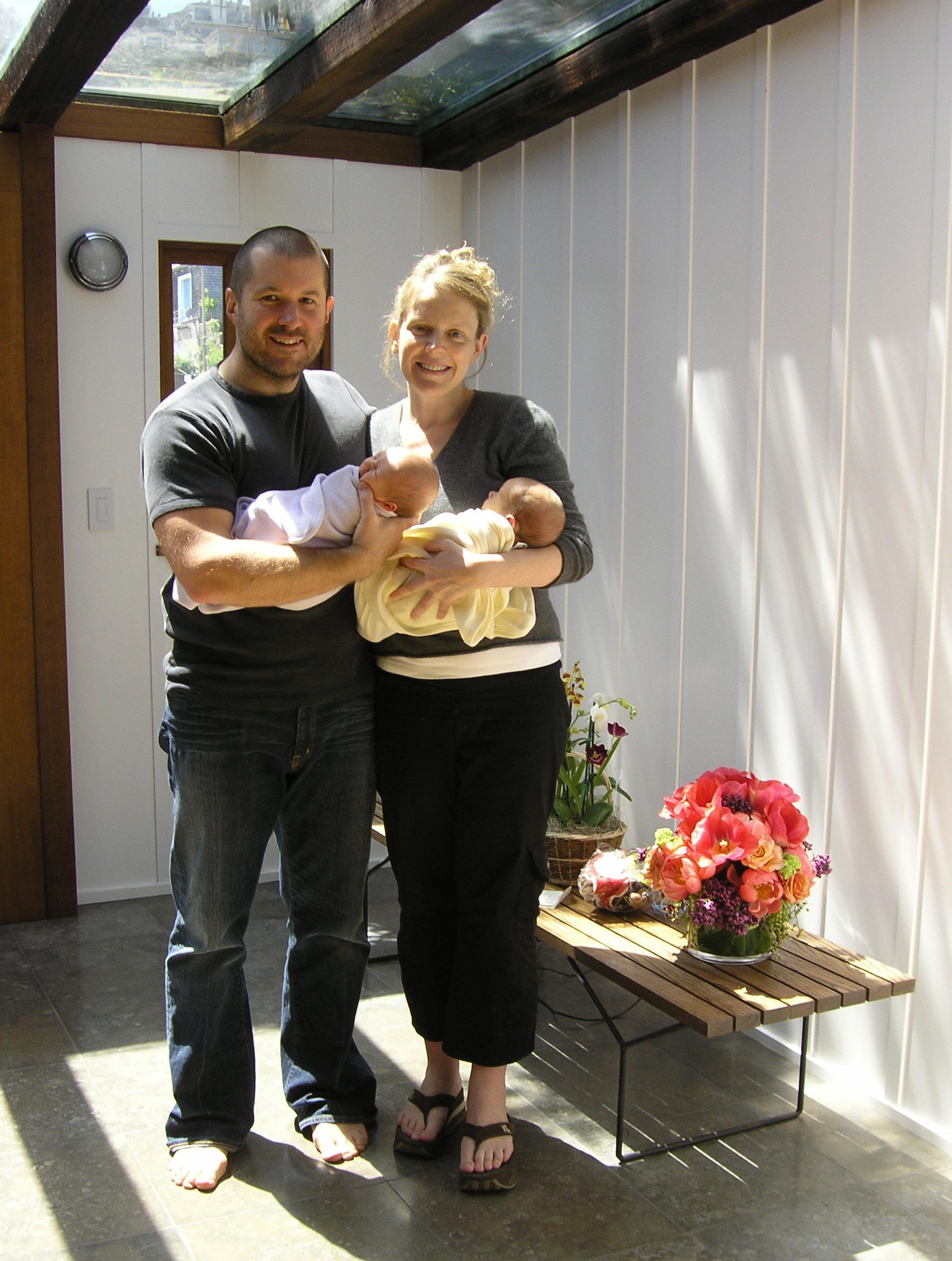 The family man with his twins 10 years ago

In my mind, that immediately rang as code for moving back to England.

In an important 2011 profile, the Sunday Times noted that Ive longed to be back in the UK and almost left Apple that year before he was given a huge payout by Apple to stay on longer.

He and wife Heather, who met while they were studying at Newcastle Polytechnic, are said to want to educate their twins in England. He still visits the institution in the north-east to give masterclasses, giving up part of his three weeks’ annual leave. A friend of the family told The Sunday Times: ‘Unfortunately he is just too valuable to Apple and they told him in no uncertain terms that if he headed back to England he would not be able to sustain his position with them.’

Ding!ding!ding! New position. Get two subordinates to handle the day-to-day operations and pack your bags? Not quite that easy. If Ive left Apple, he’d be betraying Steve Jobs and abandoning his power as the most influential designer in the world. But he also can’t run the iOS UI and hardware design teams over FaceTime. You simply can’t just ‘call in’ such an important role.

So there’s this compromise. Ive gets two subordinates to run his two incredibly important programs, then gets to spend a reasonable amount of time in the UK with his kids who then aren’t forced to grow up talking like Americans and pronouncing ‘aluminum‘ like animals.

What’s Ive going to focus on while he’s out of town? Fry unceremoniously lays it out. He’s going to work with London-based Foster and Partners on the design of the Spaceship Campus 2 project and Apple Retail Stores…

…he will bring his energies to bear – as he has already since their inception – on the Apple Stores that are proliferating around the world. The company’s retail spaces have been one of their most extraordinary successes…

It is the fruit of a longstanding and friendly collaboration between Apple and Foster + Partners — you might say between Sir Jonathan Ive KBE and Lord Foster of Thames Bank OM.

…along with overseeing his new subordinate teams.

Remember, having Industrial Design and UI design coming out of the same brain was one of the key selling points of the Scott Forstall departure.  Splitting the teams up again and making Alan Dye head of UI and Richard Howarth head of hardware design is a reversal of that very deliberate Tim Cook move. Perhaps as a foreshadowing, both execs were given public access by Apple for the first time in the New Yorker and WIRED pieces in the Apple Watch run up a few months ago. Howarth was even propped up as high as getting credit for designing the original iPhone.

What might be ironic about the change, however, is that Ive now has a C-level position (CDO?) which may make him eligible for the official Officers and Directors list. That would mean that changes in his remuneration would be public information through SEC filings.

As sad as it is to say, this feels like Jony Ive putting one foot out the door at Apple. He’s clearly set for life in monetary terms and doesn’t have much to prove in the electronics design world. iPhones, iPads and UIs will get flatter and the world will move on. That’s not to say there isn’t important work to be done in Apple Stores and the Campus 2 design, but this certainly feels like the end of an era.

…Or maybe he’s going to go design the Apple Car.