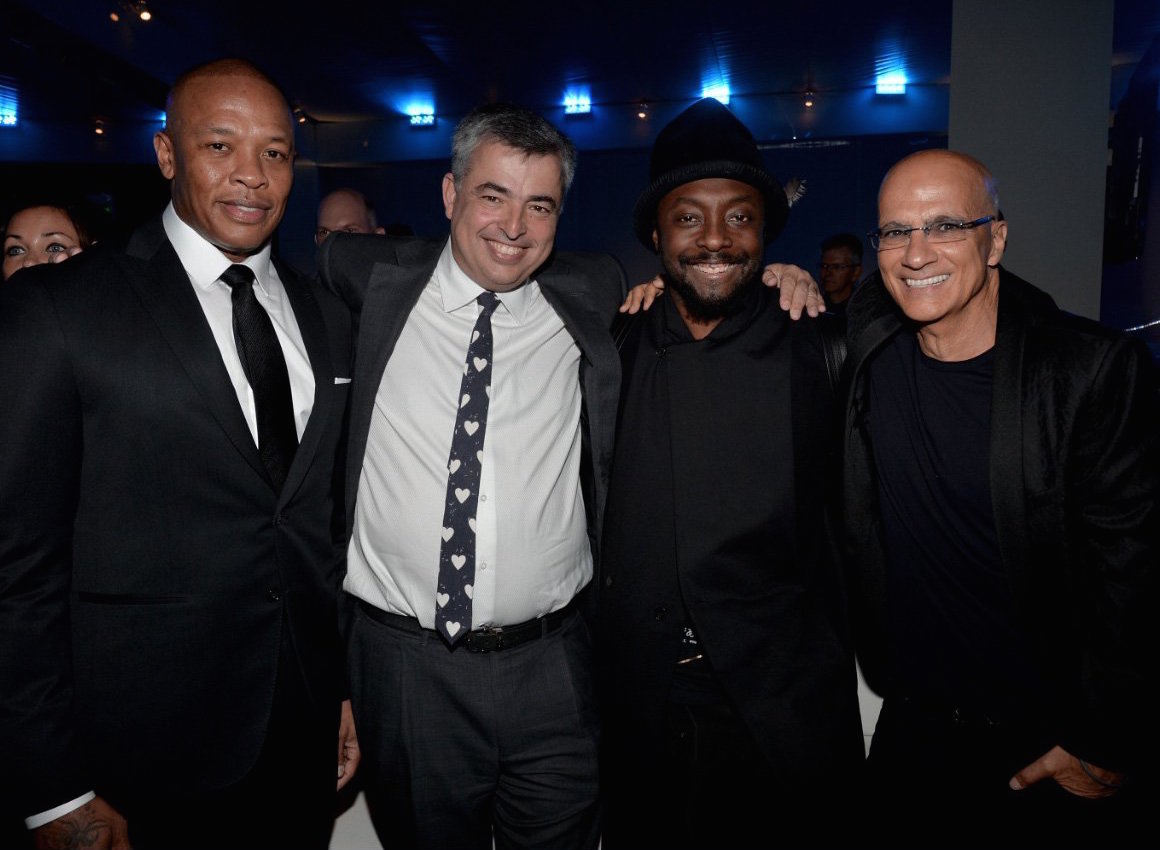 Apple is ready to show the first fruits of its Beats acquisition next week. As we first reported in early March, Apple is planning to introduce its long-awaited Beats-based streaming music service at its Worldwide Developers Conference on Monday, June 8th. Blending Apple interface design and features from the Dr. Dre and Jimmy Iovine-created Beats Music app, Apple’s service, known internally as “Apple Music,” is built to take on Spotify and Pandora with several new features and a subscription model. Additionally, Apple is working on overhauling its widely panned iTunes Radio service by striking deals with popular artists and DJs. Below, we detail Apple’s plans for both Apple Music and the new iTunes Radio in an extensive roundup.

The Apple streaming music service will debut as a key component of Apple’s redesigned Music application for the iPhone, iPod touch, and iPad. The new Music app takes several cues from competing services and Apple’s own music player on the Mac, iTunes. The Music app has two main sections: “My Music” and “Playlists.” Both of these sections will be populated by music stored on the iPhone, iPad, or iPod touch and in the cloud with the new streaming service.

In lists of tracks, the Music app indicates which songs are stored solely in the cloud and which are also stored for offline playback. Like with the existing Beats Music app, users will be able to search the entire iTunes library and then pick tracks to stream, add to their library and add to playlists. The new search option is universal so it can search both cloud-based tracks and those stored on the device itself. With the new Music app, users will have a new drop down menu to organize their content by Artists, Albums, Songs, Music Videos, Genres, Composers, and Compilations.

Across the top of both sections will be Recently Added views for both individual tracks and playlists. Leveraging the Beats Music acquisition, the Playlists section will likely deeply integrate custom playlists from artists and mixes from different activities such as driving and jogging. When a user launches the new streaming app for the first time, they will be greeted with an array of bubbles connected to different genres and artists.

The new Music app also adds a Mini Player across the bottom of the screen, an enhanced Now Playing view, and Up Next so users can adjust the order of song playback. Based on which buttons the user selects, their own streaming service app will be populated with different types of tracks. While the core of the app will be based on features and content from Beats Music, the application will drop the black and red theme and use an entirely Apple-designed look.

Aside from introducing the major new subscription service, Apple will launch a thorough upgrade to iTunes Radio. Launched in 2013, iTunes Radio has acted like a simplified Pandora, mostly serving as a tool for customers to sample songs and then buy them in the iTunes Store. The new iTunes Radio, however, will combine custom DJ’d stations with the classic Pandora-like view. This classic view will gain the ability to skip music an unlimited amount of times, while the new stations will be powered by celebrities. 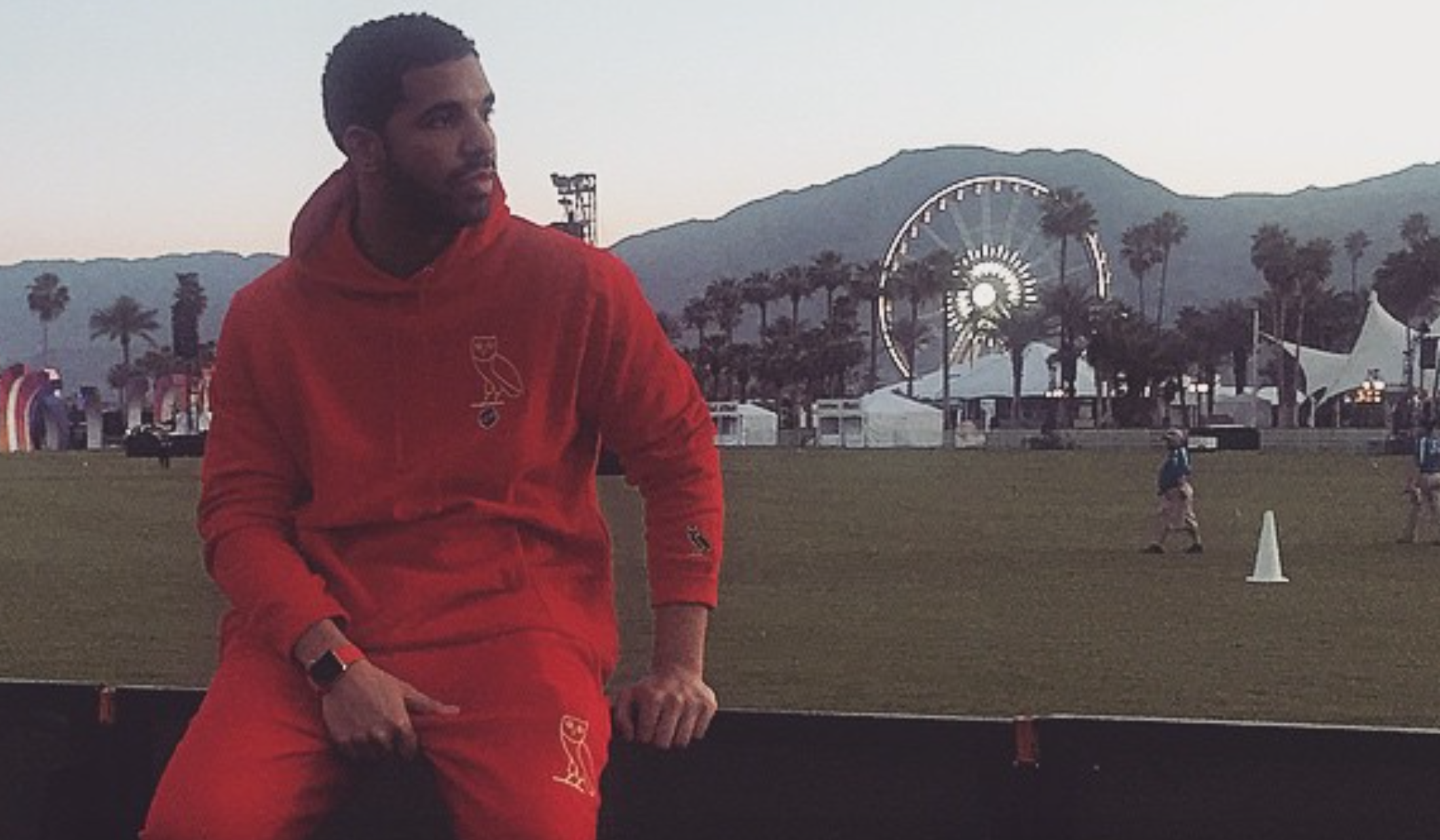 Reports have indicated that the following artists are in the cards to create their own iTunes Radio stations: Apple’s own Dr. Dre, Drake, Pharrell Williams, David Guetta, and Q-Tip. It is possible that Apple is also in talks with other gold Apple Watch wearers like Kanye West and Beyonce, but that has not been reported. Earlier this year, Apple hired multiple BBC programmers, including the famed Zane Lowe, to build new pre-programmed iTunes Radio stations. The iTunes Radio section will also receive a complete user-interface overhaul to match the new streaming service and Music app.

After shuttering the failed Ping music social network at the end of 2012, Apple is using its new streaming service as an opportunity to slowly integrate some social functionality back into its Music app. As we reported last month, the new Music service will integrate a feature called “Artist Activity.” This feature will allow artists to use a backend platform similar to iTunes Connect to manage their own pages. These pages will allow artists to share samples of their own music, share music of other artists, exclusive videos, and promote their own tours. Unlike Ping, users will not have their own music profiles, but they will be able to “Like” and comment on posts from artists using their iTunes login information. 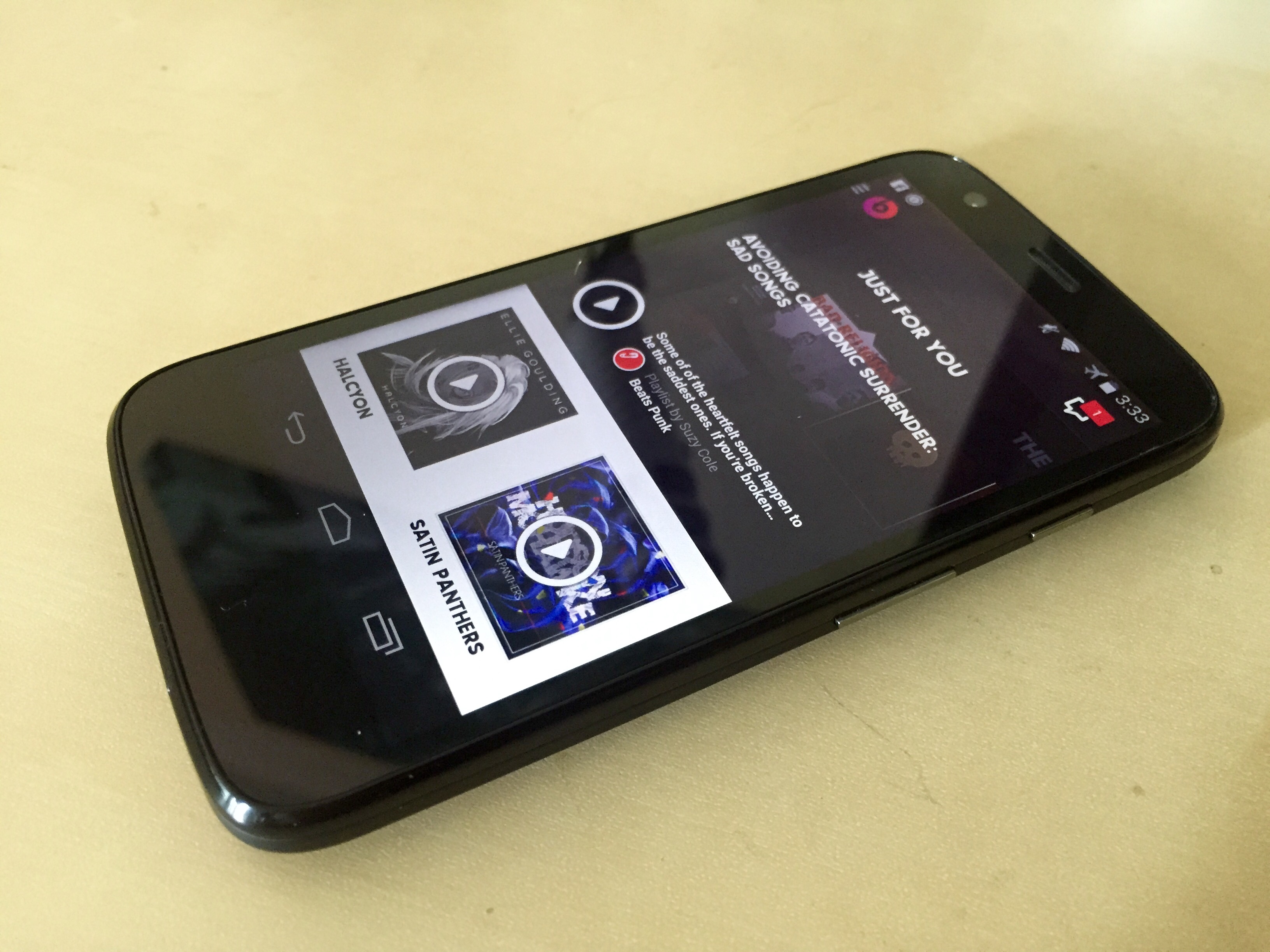 As we first reported earlier this year, Apple will introduce its new music services as part of an iOS 8.4 over-the-air software update. iOS 8.4 will include the redesigned Music application discussed above as well. Apple will begin pre-installing the new service with the iOS 9 upgrade this fall, unsurprisingly. Apple had considered holding back the new Music app until iOS 9, but the company felt that launching as part of iOS 8.4 would be possible.

Apple had originally planned to release iOS 8.4 following the WWDC Keynote on June 8th, but the company now plans to actually release the service during the last week of June. As we also first reported, the new services will be available as a new app on Android OS for non-iPhones. The new services will likely also be available on the new Apple TV. Apple is not yet readying a version of the new services for other platforms, like Windows Phone, due to their low marketshare.

As we reported in February, Apple is planning to release a tool for existing Beats Music customers to convert over their libraries to the new Apple-made service. A report today said that Apple will wait until it works the kinks of the service before releasing the tool and completely shutting down Beats. Apple will also release iTunes 12.2 for both the Mac and Windows PCs to run the new Apple Music and iTunes Radio streaming services, replacing the aging Beats Music web app. 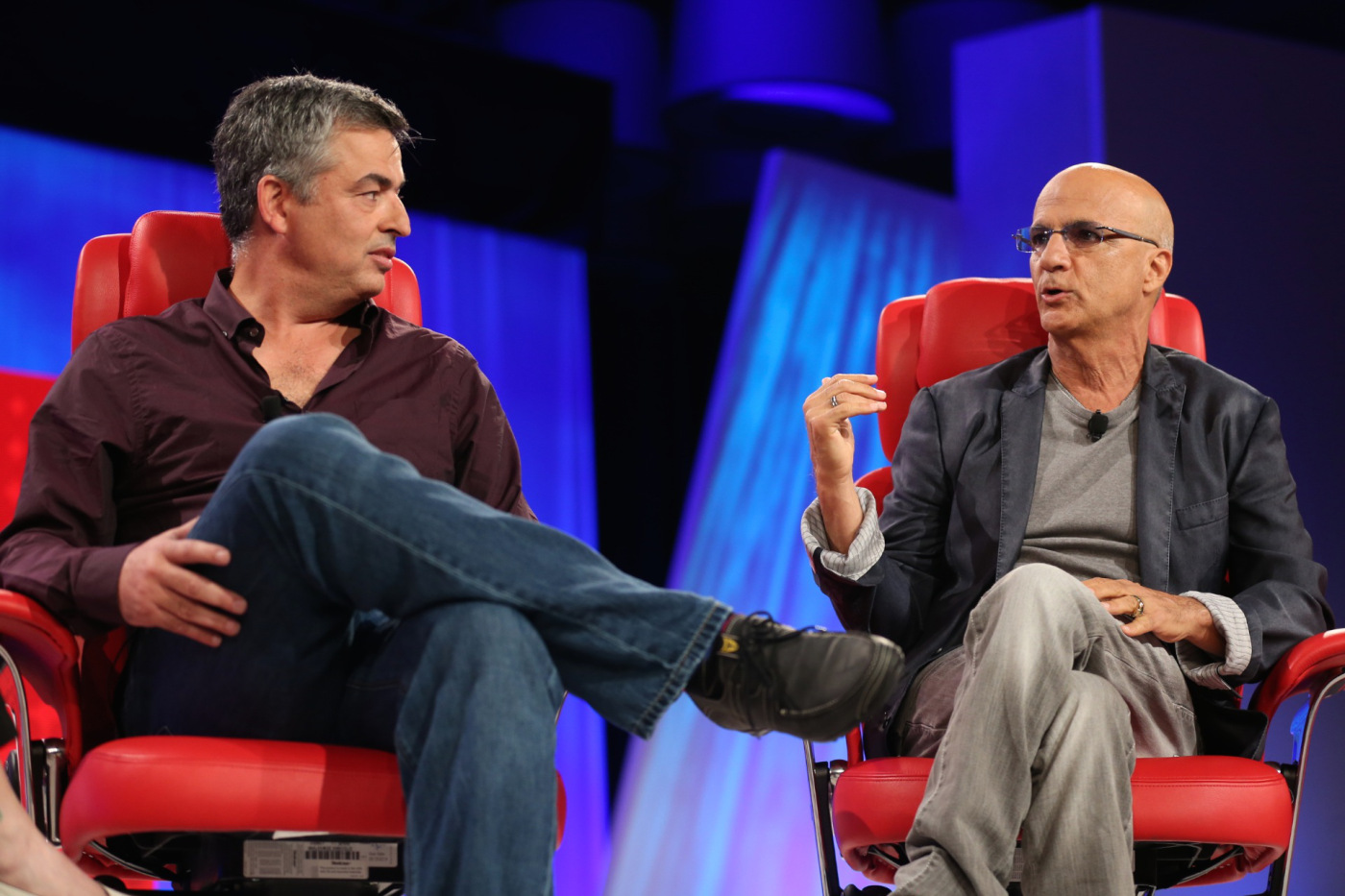 While Apple had originally planned to launch the service at $8 per month to undercut competition, record labels have pushed back and the launch price will be $10 per month. This will match the premium Spotify plan as well as the existing Beats Music plan. There has also been talk of an additional $15 tier, but we don’t have confirmation on that claim.

Even with the monthly subscription price, Apple will be offering a free trial, which could be for between one and three months at launch. iTunes Radio will continue to be free with ads, but a more premium package, perhaps tied to the Apple Music subscription service, will remove ads and offer unlimited skipping. The current version of iTunes Radio limits users to 5 skips per hour, per station.

For the first time in several years, Apple is focusing on ensuring that its new music offerings are widely available across the world. While Beats Music is only available in the United States and iTunes Radio is only available in the U.S. and Australia, sources say that the new Apple Music and iTunes Radio will launch in a “long-list” of countries. This likely includes major regions like Canada and the U.K., and news of deals indicates that at least Russia will also be on the launch list.