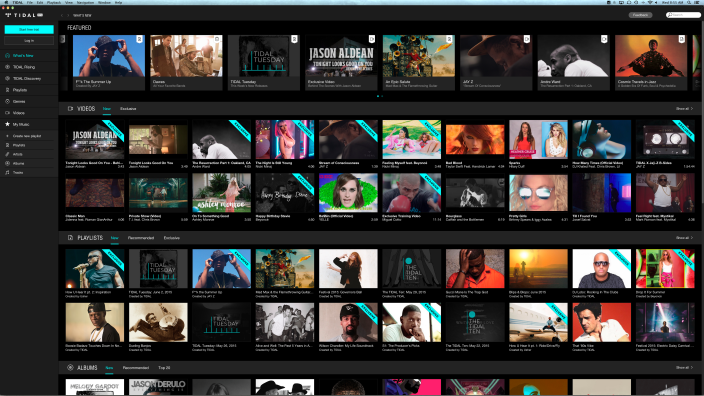 Jay-Z’s recently launched Tidal music streaming service, a competitor to Apple’s own services in more ways than one, is today getting a big update right before the debut of the new Apple Music streaming service next week at WWDC. A desktop app beta for both Mac and Windows, $4.99 student pricing, and ticketing features through Ticketmaster integration, all help set a high bar for Apple to impress us with its own announcements next week.

The new desktop app (pictured above) is arriving in beta and brings a few features that weren’t previously possible with the mobile and web apps. The announcement today also includes a refreshed design for the mobile apps:

Here’s a look at the refreshed mobile app: 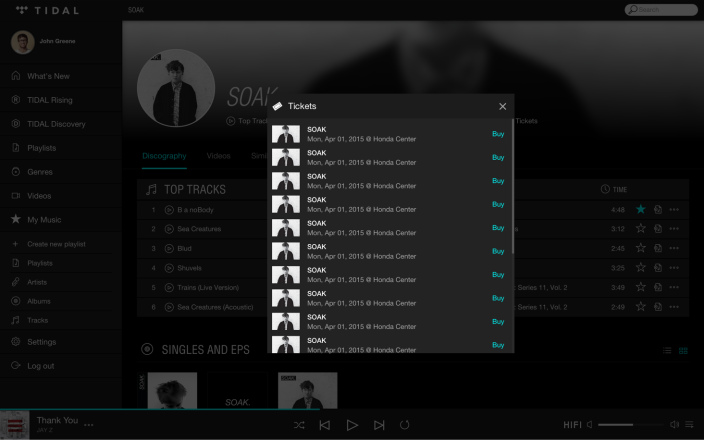 Perhaps one of the biggest pieces of news from Tidal today is the decision to offer $4.99/month pricing for students with a valid .edu email address. That’s 50% off the normal $9.99/month plan. The same discount is available on the $20/month Hi-Fi plan that offers music in higher quality, bringing its cost down to $10/month for students. Apple was originally shooting to undercut the $9.99/month price tag that most other competing services currently charge, but after label pushback it’s likely Apple Music will debut at the same $10/month, possibly with a $15/month tier that could enable multi-user sharing or premium features of some sort.

The new features for Tidal will become available over the coming weeks, so it seems like Tidal wanted to push out the announcement ahead of Apple’s event.

Apple won’t just be competing directly with services like Tidal and Spotify to gain market share through subscribers. It’s also already reportedly battling with Tidal and others behind the scenes to sign artists up for exclusive content. Drake, Pharrell Williams & David Guetta are just a few rumored to be in talks to appear as guest DJs for Apple’s music services— the new Apple Music and upcoming revamped iTunes Radio that we’ve detailed extensively— and rumor has it Tidal lost high-profile hip-hop artist Drake to Apple during negotiations just days before Tidal’s launch in March.

Check out our roundup of what Apple has planned for its new music streaming service next week including iOS/Android/Mac apps, DJs, social, pricing & availability.