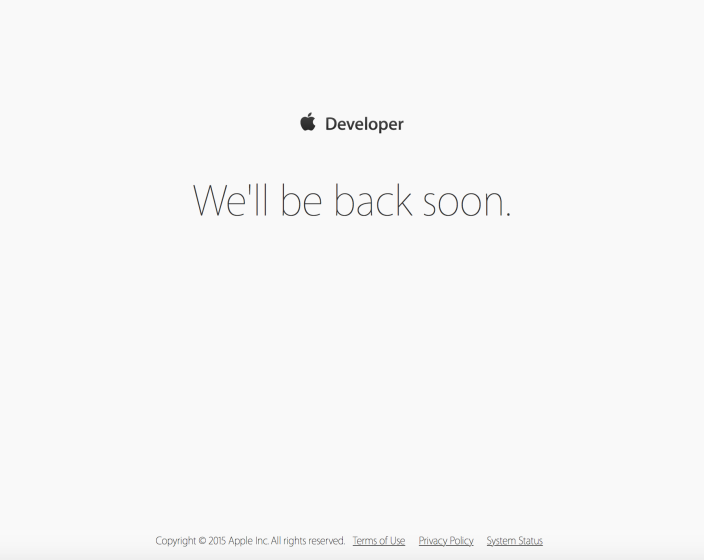 The Apple Developer portal has gone down ahead of Apple’s WWDC event later today, where Apple will announce its next-generation software platforms for Apple Watch, iOS and OS X. Posters from within the venue show that Watch OS will feature prominently as a newly rebranded as ‘watchOS’.

Update: The Beta Software Program page has also gone down — potentially indicating that iOS 9 or OS X 10.11 will be made available as public betas today. 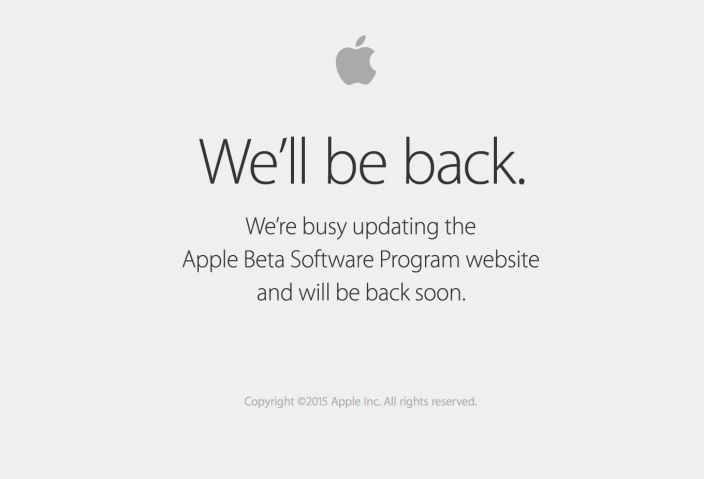 iOS 9, OS X 10.11 and watchOS will all require new SDKs and development tools for developers which is likely the cause for the developer portal going down. A new version of Xcode (following historical tradition) and Swift is also expected with the official Swift account teasing that they had something in the works a few days ago.

Sorry we've been quiet for a while. Working on something…

It’s also worth noting that the Apple Online Store isn’t down … which probably indicates no new hardware announcements today, inline with expectations.

Read up on what to expect from Apple at WWDC here and follow along live later at 10 AM PST. 9to5Mac will have full coverage of all the announcements so stay tuned.