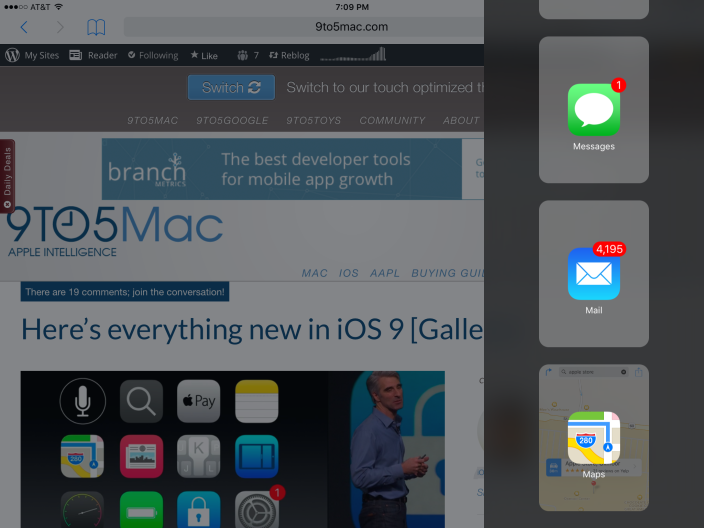 During its WWDC keynote this morning, Apple announced new “Slide Over” and side-by-side features that allow users to run two iPad apps in a single window. The features, which we originally reported on more than a year ago, are similar to a feature also available in the latest Mac operating system, OS X El Capitan.

Support for running multiple apps on the iPad comes in a couple of different ways. Slide Over allows users to place an app along the side of the interface, while running the main app at full iPad size. For iPad Air 2 users, however, two apps can also be run at equal sizes right next to each other.

Apple noted during the keynote earlier today that apps developed using Auto Layout and Size Classes for iOS 8 are already compatible with these features, although only first-party apps seem it in the first beta of iOS 9. If you exit an app in which you’re using Slide Over or side-by-side and reenter it later, iOS remembers and sets back up your interface as you had it.