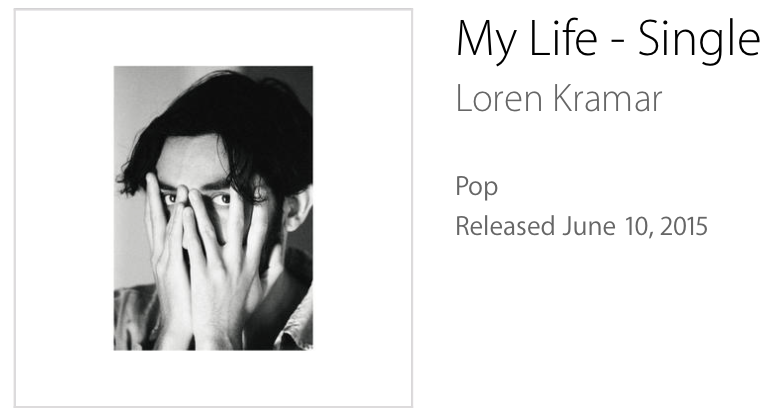 If you’re an unsigned musician looking for your break into the big time, being featured by Apple during a keynote watched by millions of people around the world isn’t a bad way to start.

When Eddy Cue introduced Apple Music, he used the example of Loren Kramar to demonstrate Apple Music Artist Accounts, more colloquially known as Connect. Any artist, he said, would be able to share content with fans through the social features provided within Apple Music – and he named Kramar as an artist who was “going to be really, really huge.”

Kramar yesterday launched his debut single, My Life, on iTunes. TNW did note earlier that Kramar wasn’t entirely without music connections prior to his new-found fame, having apparently worked with Joe Weinberger, a former music scout at Interscope, which was headed by Jimmy Iovine.

If you’re a musician, we can’t get you featured in a keynote, but we have explained everything you need to know about creating and managing your Connect artist profile page.