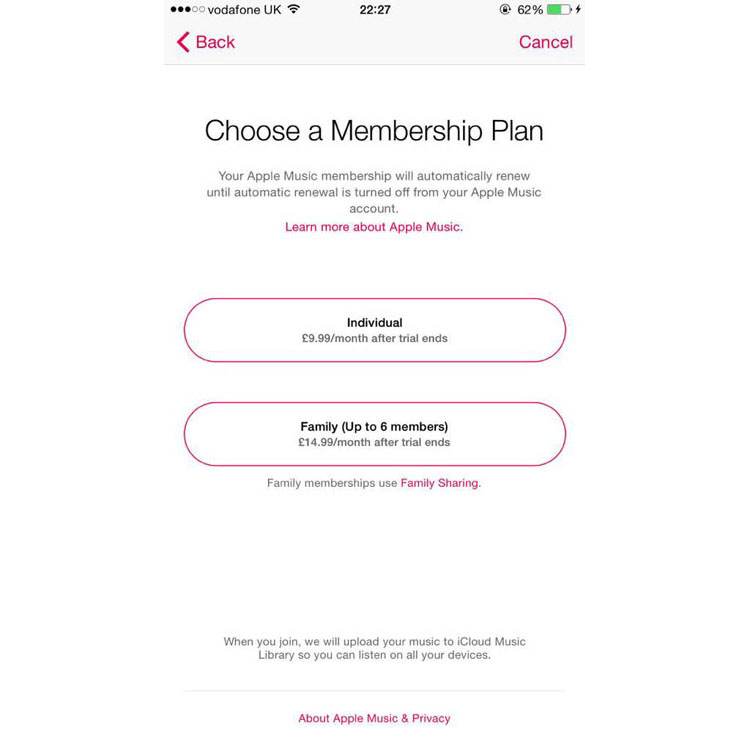 The premium charged to European customers isn’t quite as bad as it sounds: US pricing doesn’t include sales tax, which varies by state, while UK and Eurozone prices both include VAT. This is in line with normal practice on each continent, US pricing usually shown net of tax while European consumer pricing usually includes VAT. There does, though, remain a significant UK premium …

Within the USA, Apple charges the appropriate sales tax for the registered address of the customer, generally comprising a mix of state/local taxes. Combined sales taxes range from below 0% to close to 10% meaning that the actual price paid by most U.S. citizens is slightly than it appears.

Conversely, within Europe, VAT rates range from 17% in Luxembourg to 27% in Hungary, making the net cost lower than it seems. If Apple applies the €9.99 pricing across the Eurozone, and showed pre-tax costing the way it does in the USA, costs for individual subscriptions in a sprinkling of European countries would look like this:

For most European customers, then, it is VAT, not Apple’s pricing, which makes the service more expensive. The exception is the UK (where I happen to live): we’re getting a pretty raw deal even before VAT. Apple’s fondness for neatness is probably to blame there, wanting a uniform 9.99 figure across Europe regardless of currency.