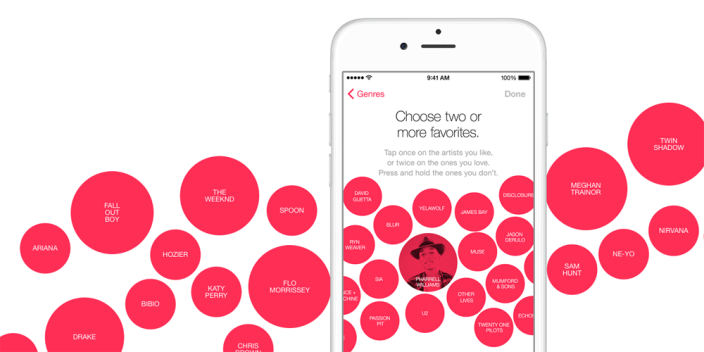 With Apple’s new subscription-based streaming music service launching early next week, the company is still seeking a producer for Apple Music to act as the point person for curating content as well as producing original content for the service’s streaming radio station called Beats 1.

The company is looking to fill the role of Apple Music Producer, which it refers to as a “definitive point person” for many design, UI, editorial, software, and marketing teams working on “important content and editorial initiatives within the music app.” Apple also notes that the producer will “particularly focus on original content and Beats 1.” While we knew that Apple’s new service would heavily rely on human curated content, the job gives us a look into how Apple plans to keep the service fresh with a dedicated producer focusing on curating content and producing original material for both the paid service within the iOS 8.4 Music app and iTunes and on the free Beats 1 radio station. The latter, a 24/7 live streaming radio station with live hosts, won’t require a subscription for users to access and looks to be something that Apple will promote as a main draw for the service.

As for the original and curated content the Apple Music Producer might be responsible for, Apple previously announced it hired famed BBC DJ Zane Lowe for its 24/7 streaming radio station called Beats 1 while the DJ has recently been teasing exclusive content coming to the service including interviews scheduled with high-profile artists such as Eminem. Lowe will bring on other hosts to round out the 24/7 lineup and those will reportedly include celebrity guest shows from the likes of Dr. Dre, Drake, and Elton John.

Part of the Apple Music Producer’s job will be to “project manage high-profile pages and promotions within the music app as well as for Beats 1.” The high-profile pages likely refers to Apple’s Music’s Connect feature that will allow artists (or their representatives) to upload content and connect with fans through artist profile pages with a social media type experience.

While Apple will let any artist on Apple Music manage their profile page and upload content, it sounds like its editorial team will focus on working with high-profile artists to promote great content and likely promote it in the Music app and iTunes where users access Apple Music. Allowing artists to upload everything from on-the-fly photos to audio snippets and videos to their profile will also give the company a ton of original content to pick from and present to users. Where that leaves independent artist profile pages is unclear.

The biggest topic of conversation leading up to the launch of Apple Music on June 30th is the company’s decision to reverse its policy on royalties for the three-month free trial period, followed by news that several artists and labels have signed-on including long-time streaming service holdout Taylor Swift. Other competiting streaming services are preparing changes and new features to combat the Apple Music launch and stay competitive, including Spotify rolling out its own 3-month free trial.

Apple’s human curated approach to Apple Music also appears to be a strategy it’s taking with its other content services. It recently started adding more human curated content to the App Store, and we reported earlier this month that the company was hiring human editors for its Apple News service arriving with iOS 9 this fall.