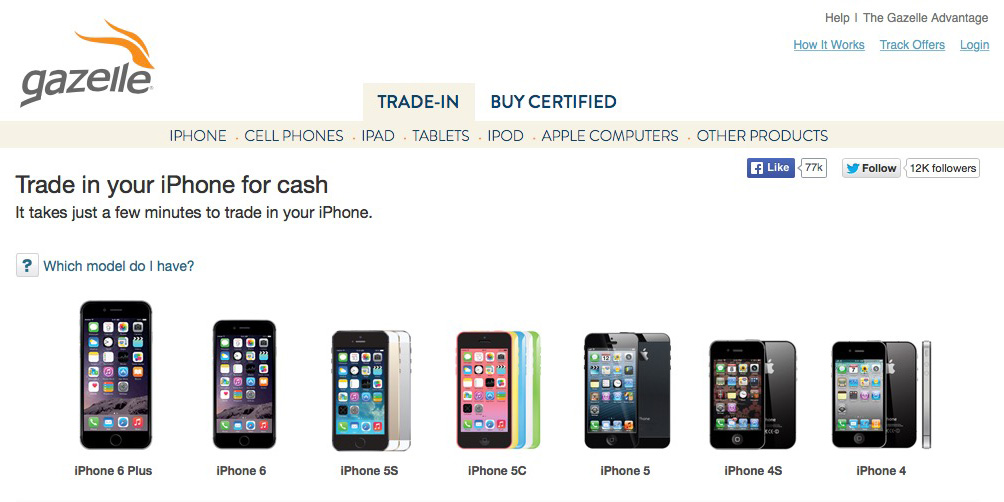 Update: In the year since we posted this, we’ve decided to seek out the best partner and do the trade ins ourselves. After doing a lot of research, we’ve decided to work with Myphonesunlimited who consistently offer the best prices for iPhones, iPads and other Apple, Windows and Android devices. Go check them out. 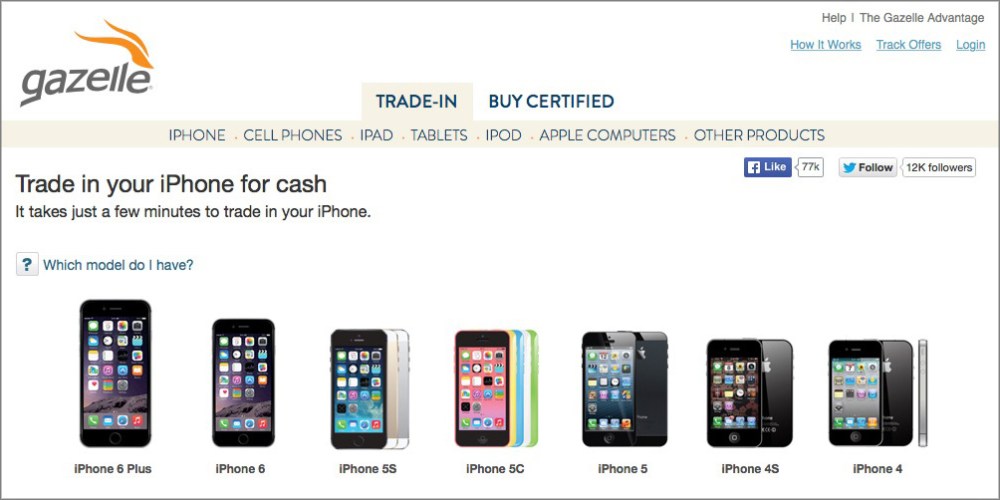 Apple releases new iPhones every fall, guaranteeing that a massive number of old iPhones will be traded in or sold. The rush will dramatically change the market for used iPhones, so I wanted to help you stay ahead of the curve and get the best deal possible. Having just sold my own iPhone 6 Plus to upgrade to a newer model, I have some strong opinions about your smartest options.

Below, I’ve put together a guide to some of the iPhone selling and trade-in options you should consider. There’s no single “right” answer, since some options trade greater convenience for lower prices, and others have higher prices but greater risks or hassles. You can choose the one that’s best for your needs, but whatever you do, make your choice before iPhone values begin to fall…

Of all the third-party companies offering to buy used iPhones, Amazon, Gazelle and NextWorth are three of the best-known names. They operate in the same basic way: you visit their web sites, specify your iPhone’s condition, get an offer price, then get a free shipping label to send your iPhone in. You typically get paid within a week, though timing can vary based on the payment method you choose.

On raw numbers and convenience, it’s tempting to recommend Amazon’s trade-in program ahead of the others, because under the right conditions, you can do really well here — assuming you’re OK receiving payment in Amazon gift cards. If your device is in pristine condition, Amazon may pay you more than any of the other companies: a sample space gray iPhone 6 Plus, unlocked with 64GB of capacity, was offered $512 with no scratches, chips, or dents, while a comparable iPhone 6 was promised $456. But the numbers drop quite a bit — often lower than Gazelle’s numbers — if your device isn’t in perfect shape, and I’ve repeatedly seen Amazon downgrade or reject trade-ins due to incorrect processing. Based on personal experience, I would describe the likelihood of getting Amazon’s promised trade-in value as “highly unlikely.”

If I was choosing between Gazelle and NextWorth, I’d be more likely to go with Gazelle. In one price check, NextWorth offered a meager $355 for the same iPhone 6 Plus that Gazelle offered $480 to purchase. For another scenario, selling an iPhone 6 to upgrade to a 6 Plus, NextWorth offered only $345 versus Gazelle’s $425. And when checking a fully-loaded, unlocked iPhone 5s, NextWorth offered the same amount ($185.00) as Gazelle. The difference is that Gazelle pays a premium for iPhones in great condition, and always takes the higher value of unlocked phones into account for pricing, which NextWorth doesn’t always do.

From what I’ve seen, NextWorth has one advantage: it locks in its prices for 30 days after issuing you a quote, so you can keep using your iPhone until you’ve received the replacement. But higher payouts make Gazelle more attractive as an immediate selling option. Gazelle and NextWorth promise fast payments if you want to get paid using PayPal, subject to PayPal’s typical transaction fees, with slower payments using printed checks. Gazelle offers Amazon gift cards as another option. NextWorth instead offers Target gift cards and Discover prepaid cards. 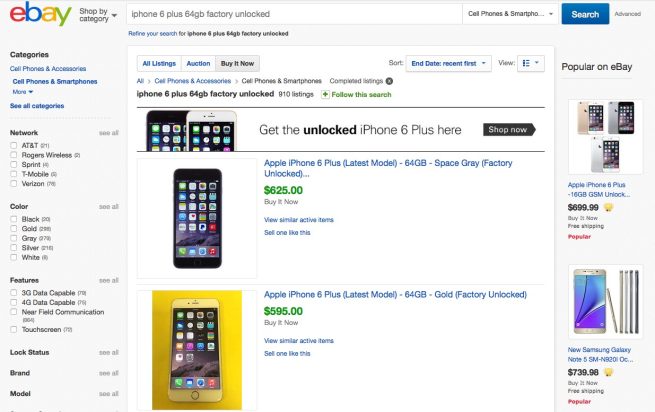 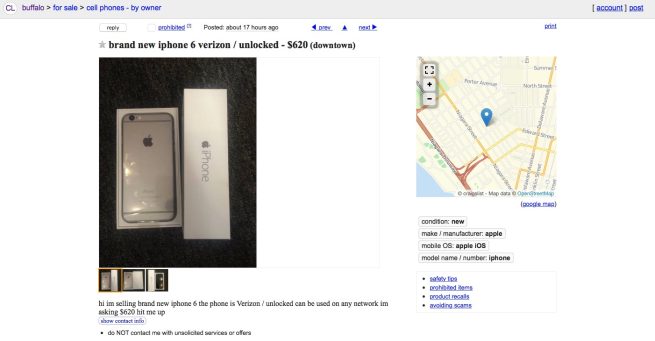 I personally sold my iPhone through eBay, but given the high fees and some of the hassles involved in listing and selling an iPhone that way, I wouldn’t recommend that most people do the same. With eBay, you will typically need to take photographs of your phone, compose a listing page with at least a little personalized descriptive text, respond to questions from potential buyers, and deal with common issues such as no-payment and scam bidders. You’ll probably also wind up paying out of your own pocket for some shipping expenses, such as insurance and signature confirmation, to avoid potential problems with the delivery. After I was done with my eBay transaction, I felt like I should have just traded my phone to Amazon or Gazelle instead.

On the surface, eBay selling prices for iPhones look excellent: you may see Buy It Now prices for Completed Items that are $100 or $200 higher than Gazelle’s or NextWorth’s trade-in offers. But those numbers mask a collection of hidden costs: eBay will take 10% of your final selling price, plus an additional 4% PayPal fee, and then PayPal will hold the funds until days after your buyer receives your phone. This is the price you pay for guaranteed safe transactions between two strangers. If your iPhone sells for $600, you can expect to pocket $516 after eBay and PayPal fees, and get paid around 10 days after you sell the phone. Packaging materials, insurance and signature confirmation will cost you another $10 or so, bringing your price down to $506. Meanwhile, Gazelle’s trade-in value for the same phone may be $450 to $470. 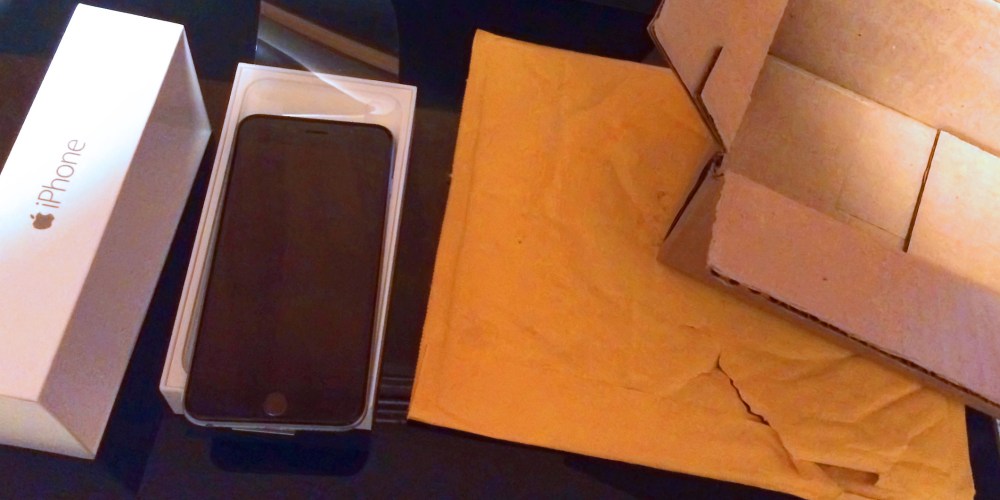 Craigslist is the option for people who are willing to take on additional risk — and deal with a smaller audience — to avoid eBay’s fees. You still have to compose an ad, but there are fewer fields to fill out, and the listings are much simpler. Moreover, unlike eBay, which is an international marketplace, Craigslist’s ads are locally focused: they’re primarily seen by (plenty of) people who live relatively close to you. Where eBay has structure, including formalized “best offer” negotiating software and a payment processing system, Craigslist leaves you to haggle on price with potential buyers via email, then meet up in person — preferably following Craiglist’s anti-scam rules — to exchange cash for your phone.

I’ve had mixed experiences with Craiglist, but overall, they’ve been positive. You probably won’t get as high a price for your iPhone as on eBay, and you’ll need to protect yourself against getting scammed during the payment process, but if the deal works out, you can pocket more than selling the same item on eBay. If you live in a place where Craigslist scams or crime in general are well-documented, I’d strongly suggest going with eBay or a trade-in option instead. 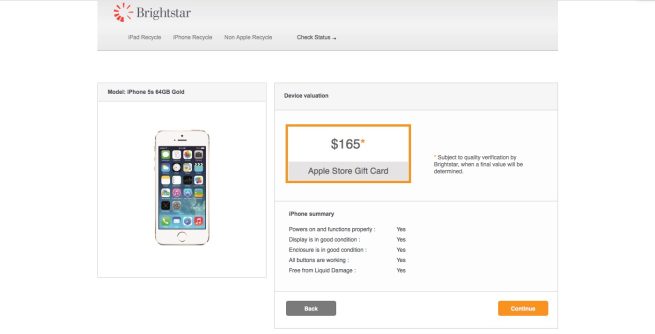 If price isn’t as important to you as convenience, there are other options that pay out relatively little but make the trade-in process as easy as showing up at a store.

Apple uses a company called Brightstar to offer Apple Store gift cards under a trade-in program called “iPhone Recycle.” When I checked prices today, Brightstar wasn’t buying iPhone 6 or 6 Plus models, and only offered $165 for the same fully-loaded, unlocked iPhone 5s that Gazelle and NextWorth would pay $185 to purchase — not a great price. But Brightstar was willing to pay a little more than Gazelle ($20 versus $12) for a really old iPhone 4, and only $2 less than NextWorth for the same phone. At prices that low, you’re probably best off just keeping the phone for a rainy day, or giving it away to a family member. If you really want the Apple Store gift card, though, it’s an option, and you can just walk into the Apple Store and trade your phone in right there.

Best Buy’s trade-in values are somewhat lower than Gazelle’s, but with the convenience of being able to walk right into a nearby retail store and get a electronic gift card on the spot for your iPhone. During my research, the iPhone 6 Plus came up at $385, the iPhone 6 at $365, and the iPhone 5s at $165. If you don’t mind getting paid in Best Buy store credit rather than cash, you’ll get a bit more credit than NextWorth would offer.

Target uses NextWorth’s services for trade-ins, with two caveats: Target’s trade-in prices may vary between NextWorth’s online quotes, and you get paid in Target gift cards. In my checks, you’ll get less going through Target than NextWorth, which is especially unfortunate since you’re getting store credit instead of cash. For instance, an iPhone 5s that fetched $185 at NextWorth was offered only $150 via Target. But again, you may prefer the convenience of just walking into a store and walking out with money to spend.

My Recommendation: Check Amazon, Gazelle and eBay, Then Pick The Best One For Your iPhone

Given the experiences I’ve had with various iPhone sales and trade-in programs, I would recommend canvassing Gazelle’s trade-in program first, then Amazon’s trade-in program or eBay’s Buy It Now/Completed Item pricing. Gazelle is likely to be offering a strong trade-in value for your phone with the ability to get a cash payout rather than a gift card, while Amazon may offer you a little more in Amazon credit. eBay’s number will likely be the highest of the three, but you’ll need to discount it by roughly 16% to take hidden eBay, PayPal, and shipping expenses into account.

If you think that the difference between eBay’s price and Gazelle’s or Amazon’s are worth the added photography, writing up a listing, dealing with potential buyers, and paying for packaging/shipping expenses, go for it (or consider Craigslist). But otherwise, you’ll find that Gazelle’s and Amazon’s solutions are more convenient, with somewhat lower payouts.