For the new iPhone, we are told the types of motion wallpapers range from sets of animated fish from a koi pond to colorful arrays of smoke. In recent iOS 9 betas, Apple added new colorful wallpapers including colored smoke against a solid black background, and the same effect is likely to be fully animated on the iPhone 6S. Last night, a purported picture of a yet-to-be-assembled iPhone 6S Plus box surfaced on the web, and this image showed a gold koi pond fish wallpaper. Based on Apple’s internal testing of motion wallpapers, we now believe that box photo to be legitimate. 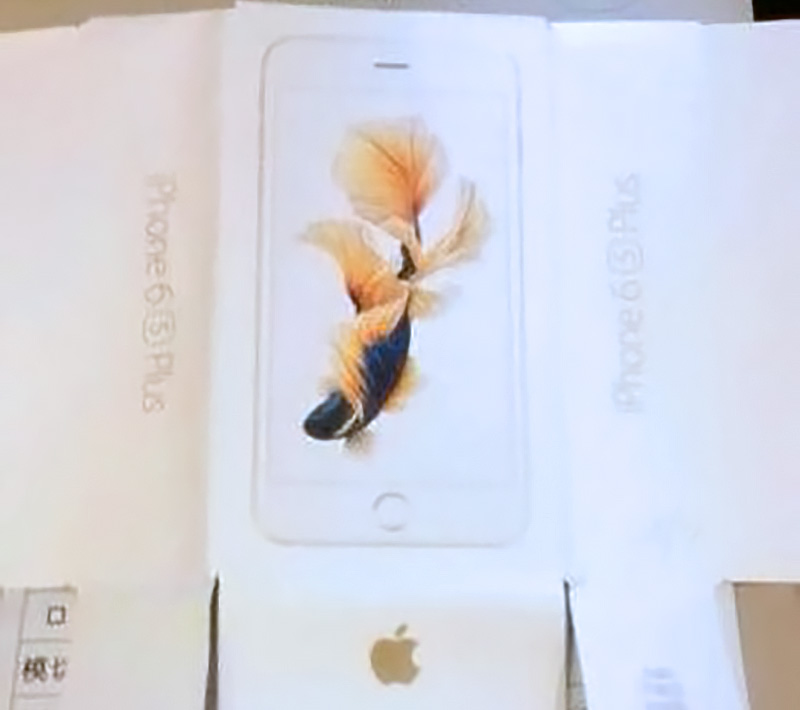 Apple first experimented with animated wallpapers via a set of “dynamic” colorful dot animations in iOS 7. In his lengthy Apple Watch-focused profile for The New Yorker earlier this year, Apple Chief Design Officer Jony Ive suggested that the Motion wallpaper feature could liven up an iPhone, provided that the screen was up to the task:

He picked up his iPhone 6 and pressed the home button. “The whole of the display comes on,” he said. “That, to me, feels very, very old.” (The iPhone 6 reached stores two weeks later.) He went on to explain that an Apple Watch uses a new display technology whose blacks are blacker than those in an iPhone’s L.E.D. display. This makes it easier to mask the point where, beneath a glass surface, a display ends and its frame begins. An Apple Watch jellyfish swims in deep space, and becomes, Ive said, as much an attribute of the watch as an image. On a current iPhone screen, a jellyfish would be pinned against dark gray, and framed in black, and, Ive said, have “much less magic.”

Sources did warn that the animation features in testing could have ultimately been dropped from the final iPhone 6S launch, but the presence of such wallpaper on the leaked packaging materials indicate  that the feature is likely ready to go. Besides an updated, more animated look on the Lock screen, the new iPhone 6S and iPhone 6S Plus will include a Force Touch display with a focus on shortcutting central iOS features, a revamped camera (perhaps with 4K recording support), a faster A9 processor, and more efficient cellular chips.

Apple is set to announce the new iPhones alongside a revamped Apple TV at an event in San Francisco on September 9th.