Jony Ive, Tim Cook and other execs discuss importance of 3D Touch and how hard it was to get right 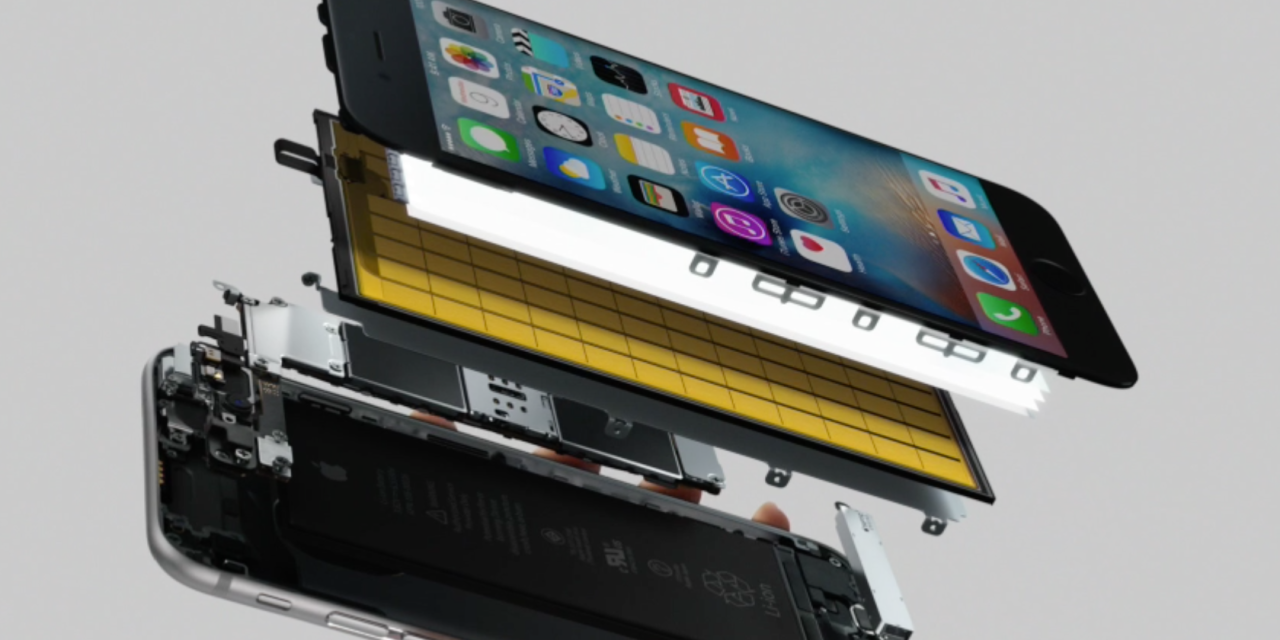 Earlier today, Apple took the wraps off the new iPhone 6s and iPhone 6s Plus and one of the flagship features the company focused on during the unveil was 3D Touch. 3D Touch is the highly anticipated force-sensing feature that adds new “peek” and “pop” gestures that bring up windows and interfacing hidden under panes. Bloomberg this evening has now published a fascinating piece in which it dissects the development of 3D Touch within Apple’s design team. The piece includes quotes from Apple executives such as Tim Cook, Alan Dye, Craig Federighi, and Phil Schiller…

Ive first notes that 3D Touch is something that Apple was “working on for a long time-multi, multi, multi years” and was created to fix a problem that, while minor, was something that affected every user of the iPhone. “‘Inevitable’ is the word we use a lot,” Apple’s vice president of user interface design Alan Dye said to Bloomberg. “We want the way you use our products to feel inevitable.”

Furthermore regarding 3D Touch, Phil Schiller explained that it is arguably one of the hardest things Apple has ever engineered. Schiller also explained that Apple had to ensure that 3D Touch was going to be useful in the long haul, not a demo feature that was used for the first month and never again.

“Engineering-wise, the hardware to build a display that does what [3D Touch] does is unbelievably hard. And we’re going to waste a whole year of engineering—really, two—at a tremendous amount of cost and investment in manufacturing if it doesn’t do something that [people] are going to use. If it’s just a demo feature and a month later nobody is really using it, this is a huge waste of engineering talent.”

Craig Federighi then went on to note that Apple design projects have no specific “start” date and “finish” date and are very much unfinished until the design is something that everyone can agree is great.

“Every single feature becomes this unholy compromise. With [3D Touch] it was only at the moment where we finally got a design experience that’s like, ‘Yes! This is what we want!’ that we [asked] how hard it’s going to be to make.”

Once the design is discovered, Apple is faced with the task of working backwards from that design to engineer the feature to a mass production level product. Craig Federighi explained just a few of the factors that Apple had to consider when engineering 3D Touch:

“It starts with the idea that, on a device this thin, you want to detect force. I mean, you think you want to detect force, but really what you’re trying to do is sense intent. You’re trying to read minds. And yet you have a user who might be using his thumb, his finger, might be emotional at the moment, might be walking, might be laying on the couch. These things don’t affect intent, but they do affect what a sensor [inside the phone] sees. So there are a huge number of technical hurdles. We have to do sensor fusion with accelerometers to cancel out gravity—but when you turn [the device] a different way, we have to subtract out gravity. … Your thumb can read differently to the touch sensor than your finger would. That difference is important to understanding how to interpret the force. And so we’re fusing both what the force sensor is giving us with what the touch sensor is giving us about the nature of your interaction. So down at even just the lowest level of hardware and algorithms—I mean, this is just one basic thing. And if you don’t get it right, none of it works.”

Following the description of the development of 3D Touch, the Bloomberg piece delves into some of the planning details that go into a keynote. “We’re trying hard to keep it under two hours,” Schiller explained. “I think we’re going to be over.” Ive explains that some of this can be blamed on the design team. “We’ve never released a feature to make a date,” he said.

Finally, the piece delves into Jony Ive’s promotion to chief design officer, a move that many saw as him taking more a backseat moving forward. The piece notes, however, that the relationship between Cook and Ive is nothing short of “mutually admiring.” “There’s a tax that comes with interoperability and what can be seen as complexity, which is it can actually be an impediment to innovation,” Ive said.

“Why would we spend this many years working on 3D Touch when you can do some of these things with a button? Well it’s, it’s just such a fluid connection with your content,” Ive said. “And not everything is binary, is it? Are we developing stuff to make things easy for ourselves, or are we developing products to move this forward? I have no interest, and I don’t think anybody here has interest, in just designing something that will fit into a family and behave itself.”

Much more can be found in the Bloomberg piece itself here.