Apple confirms it is disabling its News App in China

It was discovered by Larry Salibra and others that Apple has been disabling its Apple News Service in China. Perhaps most troubling is how Apple is doing this:

They’re censoring news content that I downloaded and stored on my device purchased in the USA, before I even enter China just because my phone happens to connect to a Chinese signal floating over the border. On device censorship is much different than having your server blocked by the Great Firewall or not enabling a feature for customers with certain country iTunes account. That Apple has little choice doesn’t make it any less creepy or outrageous.

The New York Times reports that Apple confirmed, off the record, that it is indeed turning off Apple News in Mainland China.

Apple has disabled its news app in China, according to a person with direct knowledge of the situation, the most recent sign of how difficult it can be for foreign companies to manage the strict rules governing media and online expression there. Customers who already downloaded the app by registering their phones in the United States can still see content in it when they travel overseas — but they have found that it does not work in China. Those in China who look at the top of the Apple News feed, which would normally display a list of selected articles based on a user’s preferred media, instead see an error message: “Can’t refresh right now. News isn’t supported in your current region.”

China is Apple’s most promising market but unfortunately it is controlled by a government that wields total control over information and the media. Simply removing the news App might be better than upsetting Beijing.  Google famously ran afoul of the Chinese government in 2010 after sustaining a state-sponsored hacking attack on its Windows computers and was effectively kicked out of the country. Only in the past few months have attempts been made to mend the bridges.  Apple certainly doesn’t want to hurt its cash cow over censorship. From a PR perspective, it probably doesn’t want to hand the reigns over to Beijing either.

I don’t expect this to change soon. 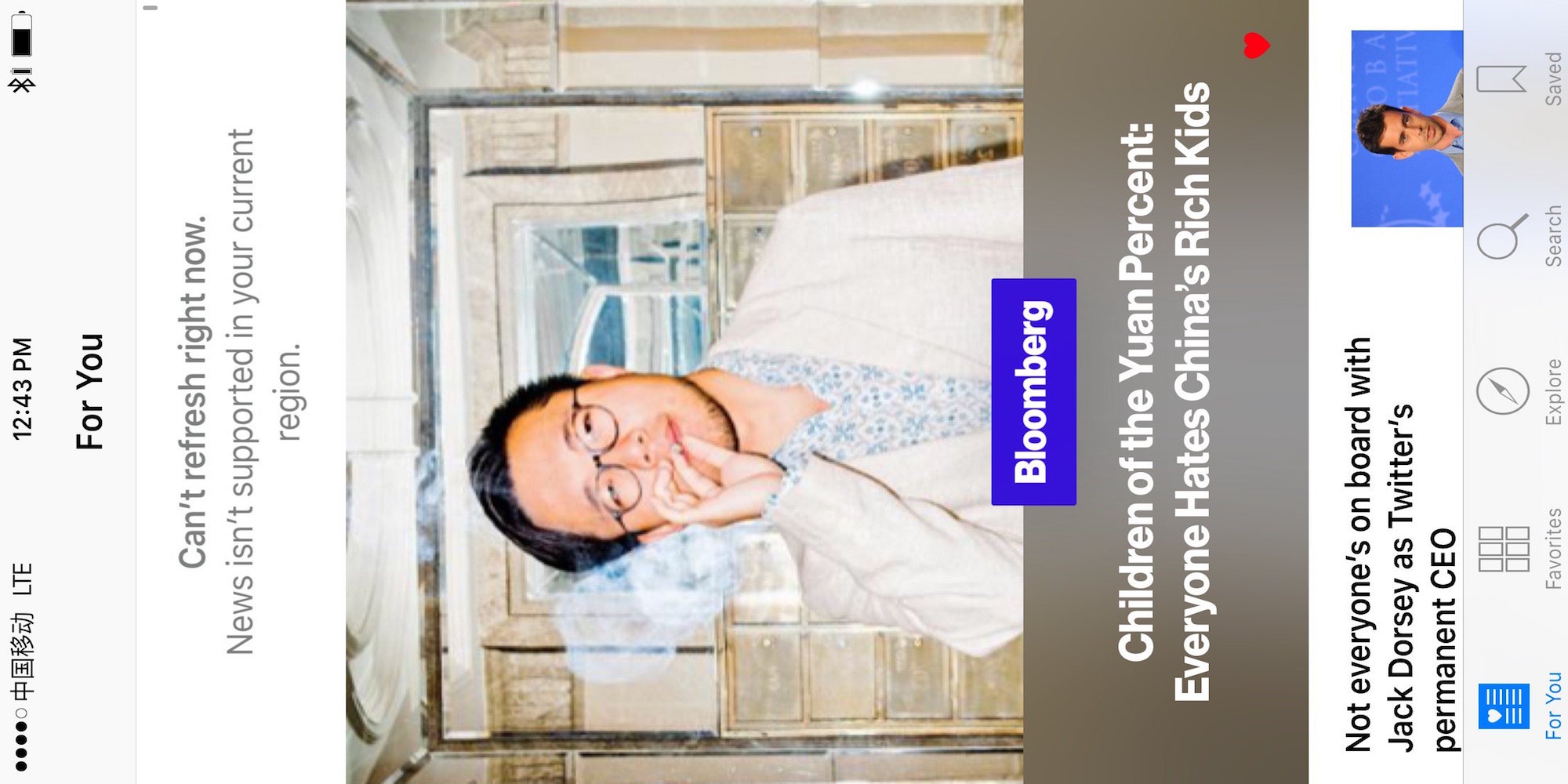 Creepy thing re Apple News censorship: it happens *on your device* – to content downloaded b4 u enter China https://t.co/GfAsfhQOvq