The Apple TV is now available to buy but customers won’t be receiving their new hardware until Friday at the earliest, according to Apple shipping estimates. Although the dev kits currently lack an App Store to download software, plenty of developers are announcing their titles for the new Apple TV, ahead of schedule. We’ll be bringing you full coverage of the Apple TV later in the week but here’s a taste of the software already announced for the Apple TV’s debut … Plex has already announced that it is making an official Apple TV client ready for the App Store launch (more on that soon) but there is also a market of third-party clients that could be even better. One of these is Simplex. Simplex Video will stream your full Plex library straight to Apple TV featuring a fantastic UI that closely mirrors the Apple iTunes Movies experience, whilst exposing all of the Plex categorization options. This could be the de facto to stream your own content library to Apple TV, as iTunes Home Sharing leaves much to be desired.

Mr Jump won an Apple App Store Editor’s Choice for its addictive iPhone and iPad platformer earlier in the year, accruing over 15 million downloads. The game maker is now bringing the popular title to Apple TV. Users tap on the Siri Remote touchpad to control Mr Jump and navigate the various platforms and obstacles in the levels. A longer tap makes Mr Jump go higher. A variety of power-ups are unlocked on the way, giving the one-button platformer a surprising level of depth. You can download Mr Jump for iOS now to get it automatically on the new Apple TV when the App Store launches. 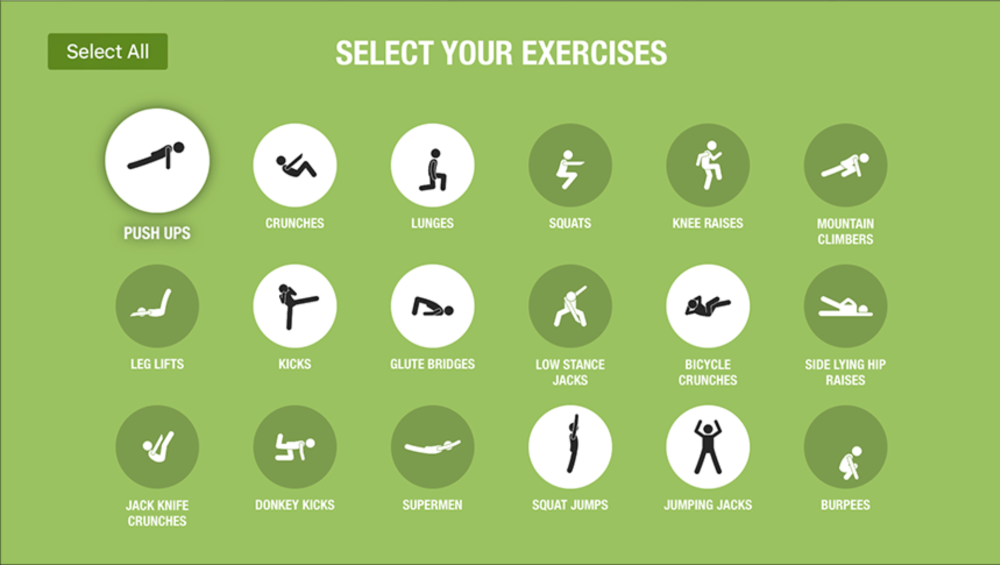 Streaks is a cool new workout app for Apple TV. You can select from a variety of activities to do workouts directly in your living room … all wrapped into a pretty design with bold imagery and rich typography. Streaks times the pacing and number of repetitions and keep a record of your performance history. The goal is to do one workout every single day; you can customize the goals based on your fitness and free time. Get Streaks when the tvOS App Store launches. It’s also worth giving a shout-out to the 7 Minute TV Workout here, which is a very similar premise, but it includes videos of instructors doing each move so you can copy the professionals and maximise your efficiency. 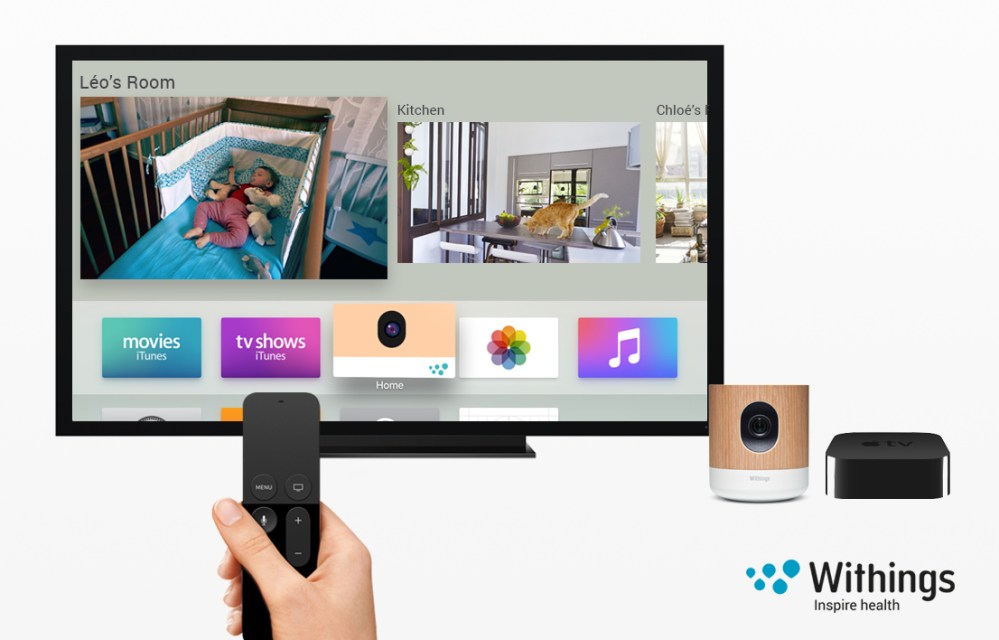 Home health company Withings is jumping on board too, they’ll have an Apple TV app available at launch. The Withings Home app will work with their video monitoring hardware to let you easily add CCTV in every room of the house and view it all on your big-screen TV in the living room. The app will support streaming of up to 4 live videos at the same time, so you can glance at the security and safety of everyone in your house simultaneously. The app will be available for free in the Apple TV App Store but obviously you will need to buy the Withings cameras for it to be useful.

SketchParty kind of exists today on the current Apple TV through AirPlay — you can download the iOS app and stream the game content to the television. It’s not a great experience though, AirPlay lag and occasional choppy frame-rates ruin the experience.

With the new Apple TV, SketchParty has made a tvOS game that runs on the Apple TV hardware. The app still connects with users’ iPhones and iPads to act as controllers for each of the players, where the sketching takes place. Its just that the main experience is now being powered by a real native app, allowing SketchParty to deliver higher quality, sharper graphics and fluid visuals to the Apple TV, eliminating the lag issues inherent with AirPlay Mirroring.

This is just a taste of the kinds of apps and games to expect for tvOS. Apple is still working through the review queue so the Apple TV app library will grow significantly in the coming days. Many of the top apps are also still under embargo, so we’ll bring you full coverage of those as the details become public. The first Apple TV units will be delivered to customers this Friday and we expect the tvOS App Store to go live for people with developer kits on Wednesday or Thursday.

(If you are working on a great tvOS app, please get in touch).