App Store ‘temporarily unavailable’ error preventing downloads and updates for some [U: Resolved] 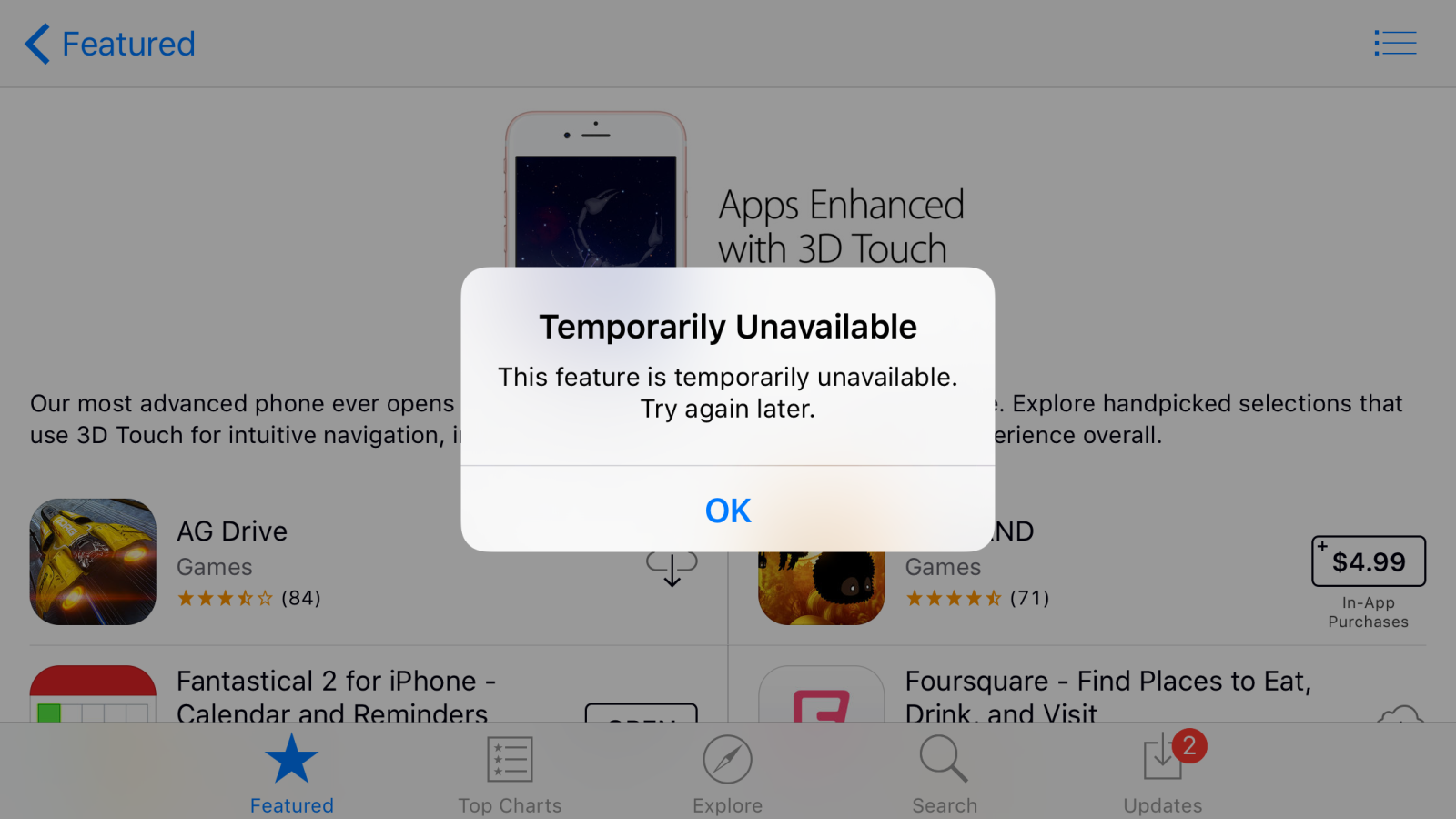 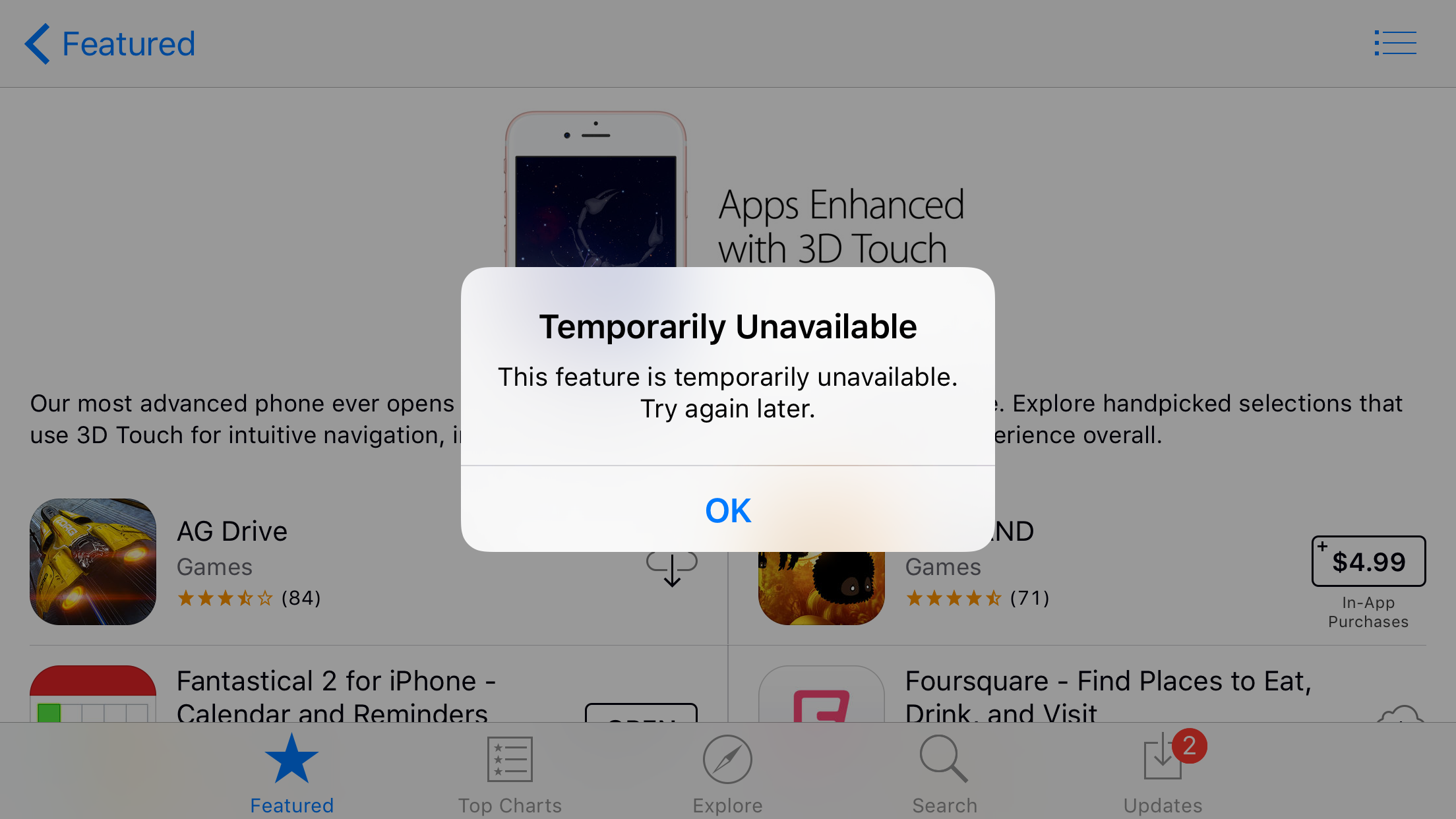 [Update 5:30 PM ET: Apple has acknowledged a 4+ hour issue on its system status dashboard with “slower than usual performance when using iCloud Drive, Photos, and Backup” but not App Store issues although the outage appears to be resolved.]

The App Store on both iOS and the Mac appears to currently be experiencing issues with downloading new and previously purchased apps as well as app updates for some but not all users. Apple’s system status board for Apple Services, Stores, and iCloud doesn’t mention the service interruption in the detailed timeline section at the time of writing, but several readers have pointed out the issue with the App Store on iPhone and iPad and within iTunes on the desktop.

The service interruption comes as Apple prepares to launch a new App Store on tvOS with the new Apple TV launching on Friday, which could explain the issues many are experiencing on the backend. Some users have reported seeing the issues only intermittently but the problems appear to be widespread and consistent for many. We’ll monitor the issue and update if Apple addresses the issue or it appears resolved.