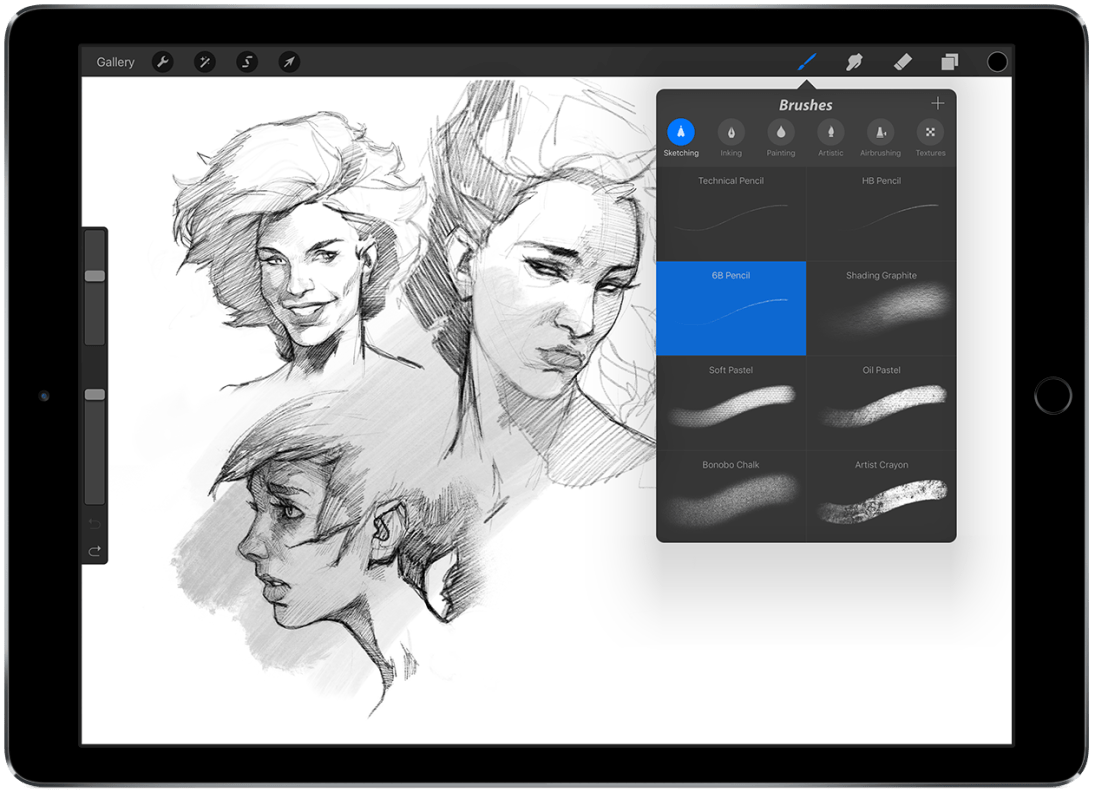 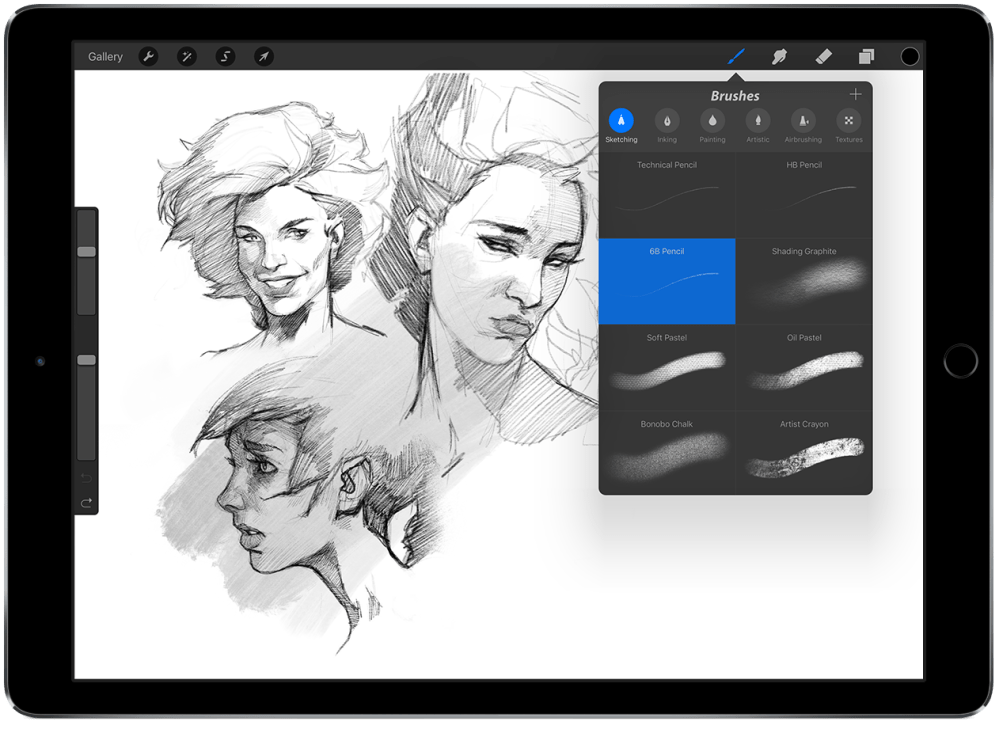 Popular drawing app Procreate has today released version 3 of their iPad app ($5.99) with a whole host of new features. This includes new brushes (including quick brush previewing before committing to canvas drawing), motion blur and perspective blur, simplified tap gestures and much more.

Perhaps the most significant change is the addition of iPad Pro and Apple Pencil integration. Procreate now create images with up to 16,000 x 4000 resolution on Apple’s latest hardware, due to be released later in the month. Existing Apple hardware can also benefit, with the iPad Air 2 now capable of creating 8000×4000 resolution images. Apple has been using Procreate as a demo app for the Apple Pencil and its clear why: the company has integrated all the Pencil features into their drawing app with full support for the tilt, azimuth and pressure-sensitivity of the stylus. They’ve included a set of Artistic brushes to show off the Apple Pencil’s capabilities.

Procreate has also used the latest iOS 9 technology to get super-fast touch response and input latency, which should minimise drawing lag and make the iPad and Apple Pencil feel as close to a physical pad and paper as possible.