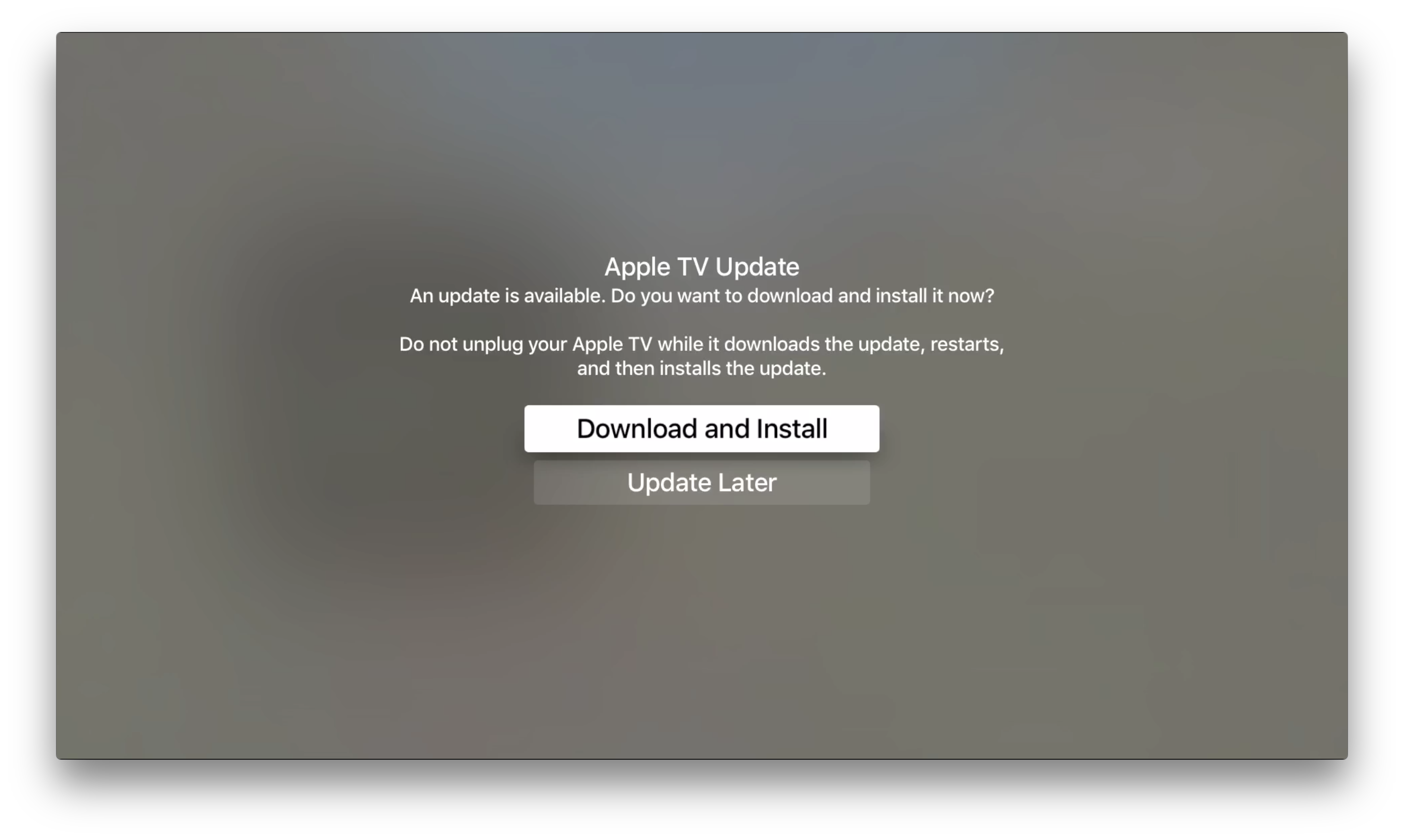 Just days after its initial release, Apple has already prepared a software update for the new Apple TV. tvOS 9.0.1 is now available for the fourth-gen Apple TV as an over-the-air update through the Settings app. Most Apple TV users will have automatic updates enabled, but you can manually download the update by going to Settings, System, and Software Updates.

Once you’ve downloaded the new software update to tvOS, Apple TV allows you to choose to install the update now or wait later. While Apple TV can connect to iTunes over USB-C for restoring the software, updating Apple TV over the wire is not supported and restoring loses all data.

While tvOS 9.0.1 is the first software update for the new device, Apple also recently released the first tvOS beta of version 9.1 to registered developers.

Through the Apple TV interface, tvOS 9.0.1 is unlabeled, only referred to as a software update, and includes no release notes. Checking the tvOS version number of About in the Settings app confirms the version number as 9.0.1 with build (13T402).

The release is likely focused on performance improvements and bug fixes rather than including any new features or significant changes. Support for Bluetooth keyboards and Apple’s Remote app, for instance, is still absent.