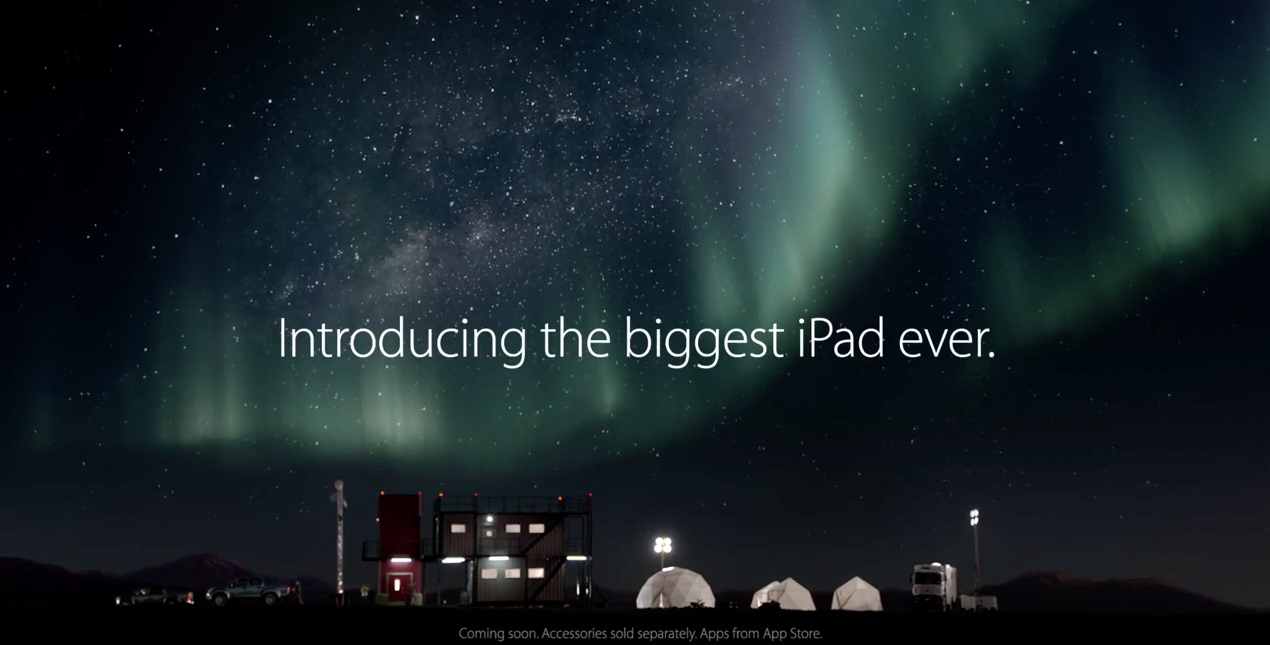 Ahead of the device’s availability on Wednesday, Apple today has shared the first video advertisement for the 12.9-inch iPad Pro. In a video entitled “A Great Big Universe” shared on its YouTube channel, Apple shows of the benefits of the device’s larger form factor, as well as apps that are optimized for it.

The ad is heavily focused on the galaxy and using the iPad Pro to explore it with apps like Sky Guide Pro and Star Walk. Apple also shows off the split-screen multitasking capability of the device, as well as using the Apple Pencil to annotate maps and images. “Introducing the biggest iPad ever,” is how Apple wraps up the ad before simply displaying “iPad Pro.”

There’s a great big universe in the new iPad Pro. It’s the largest iPad ever and takes your creativity and productivity to an epic scale.

iPad Pro goes on sale online this Wednesday and will be available in retail stores later this week. The iPad Pro starts at $799 for the 32 GB base model and increases to $1079 for the WiFi + Cellular 128 GB variant. View the new ad below: