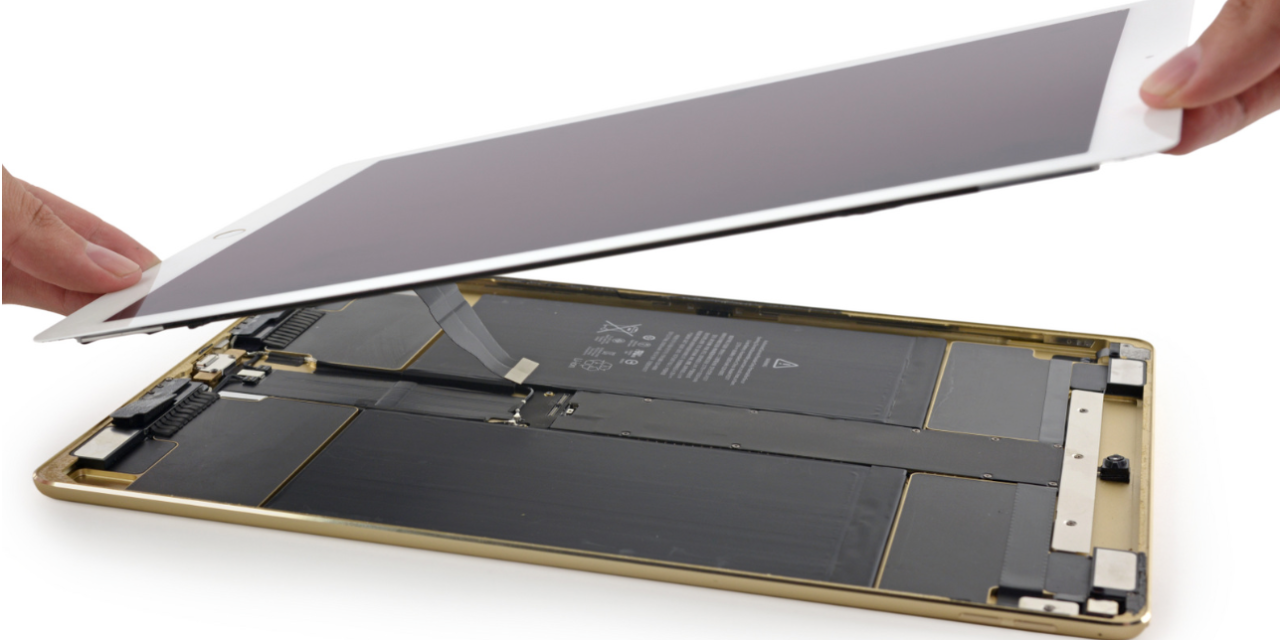 It’s no surprise that the people over at repair guide portal iFixit have already started their ritual teardown of Apple’s new iPad Pro. The new device features a larger 12.9-inch display, the 3rd generation 64-bit A9X chip, and other upgraded internals, but are there any other new surprises inside the iPad Pro?

Immediately the team noticed a different layout for the logic board making things a little different when cracking open the new iPad Pro compared to previous generations:

And here is a list of components iFixit found inside that aren’t publicly detailed by Apple:

One thing iFixit notes in its teardown is that the speaker boxes for the device take about half the space as the battery cells. “Premium audio means reduced battery life,” the team notes.

One of the iPad Pro’s speakers

Overall, iFixit gives the iPad Pro a 3/10 for repairability. The team cites the ability to remove the battery with only adhesive tabs as one the easiest repair to perform.