watchOS 2.1 software update is now available for the Apple Watch 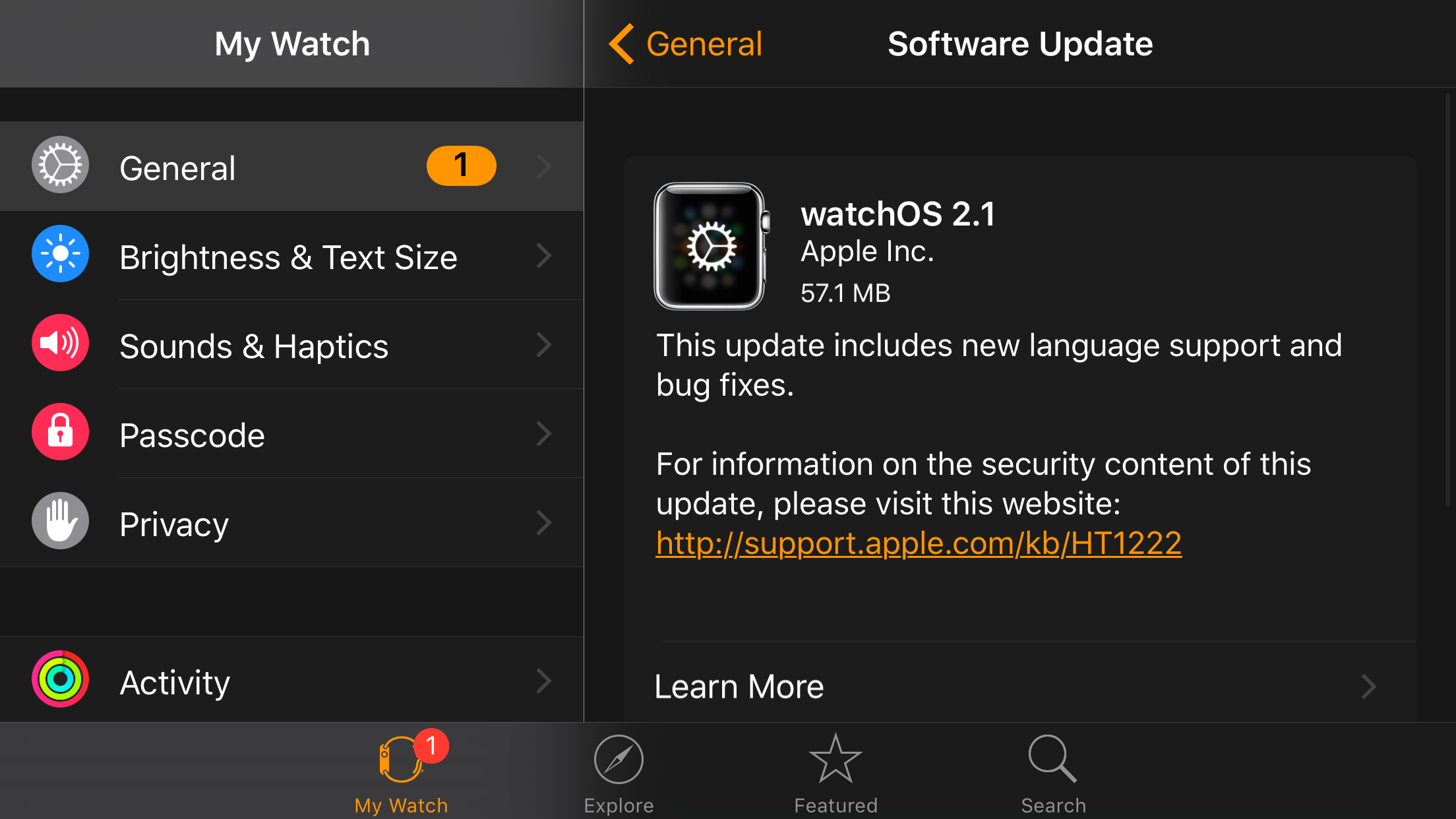 To update Apple Watch to watchOS 2.1, first update your iPhone to the new iOS 9.2 update released today, then check the Watch app on iPhone for the watchOS update under General > Software Update. Apple Watch will need to be at least 50% charged and actively charging while on Wi-Fi to properly update. See what’s new below: 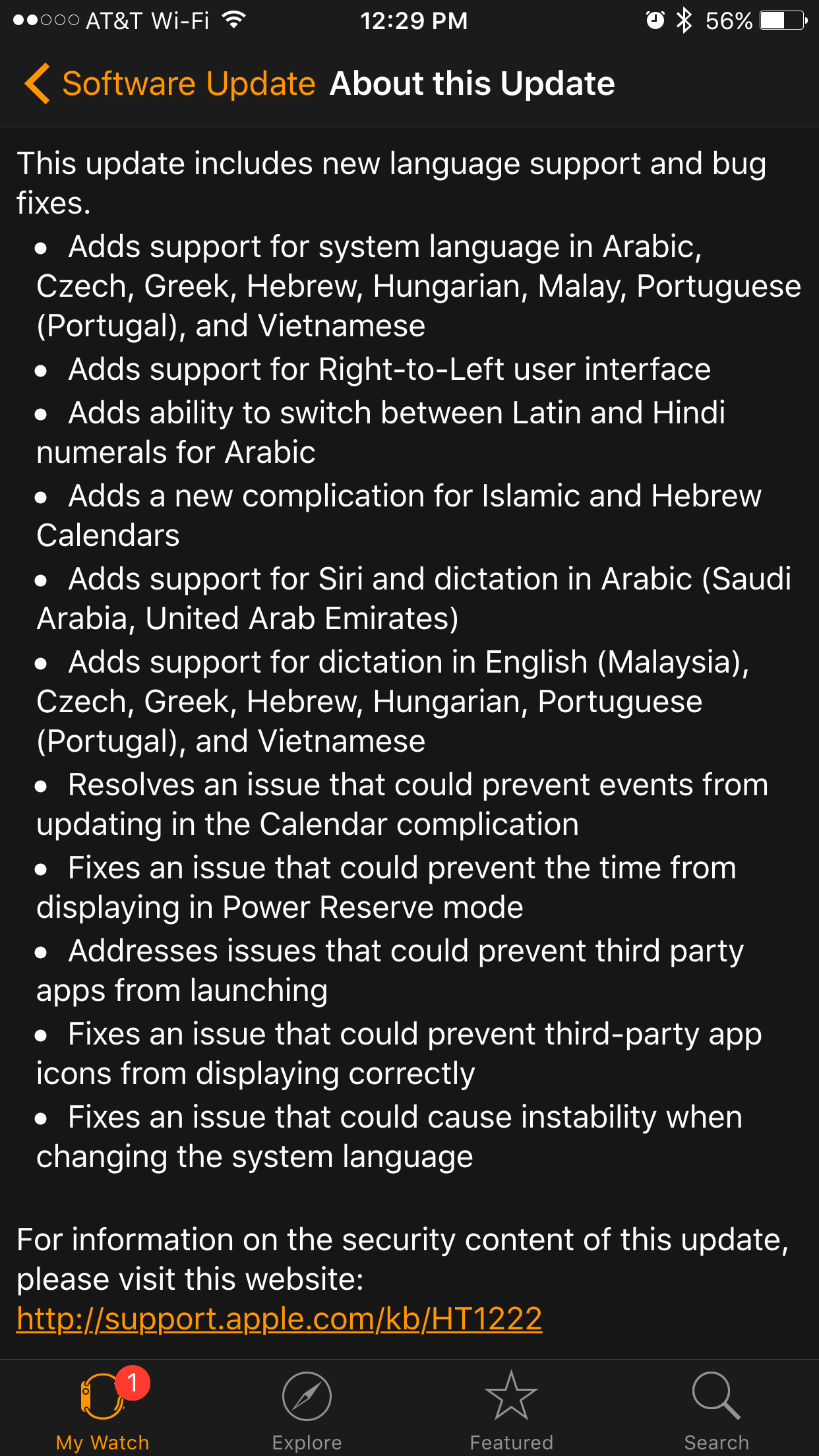