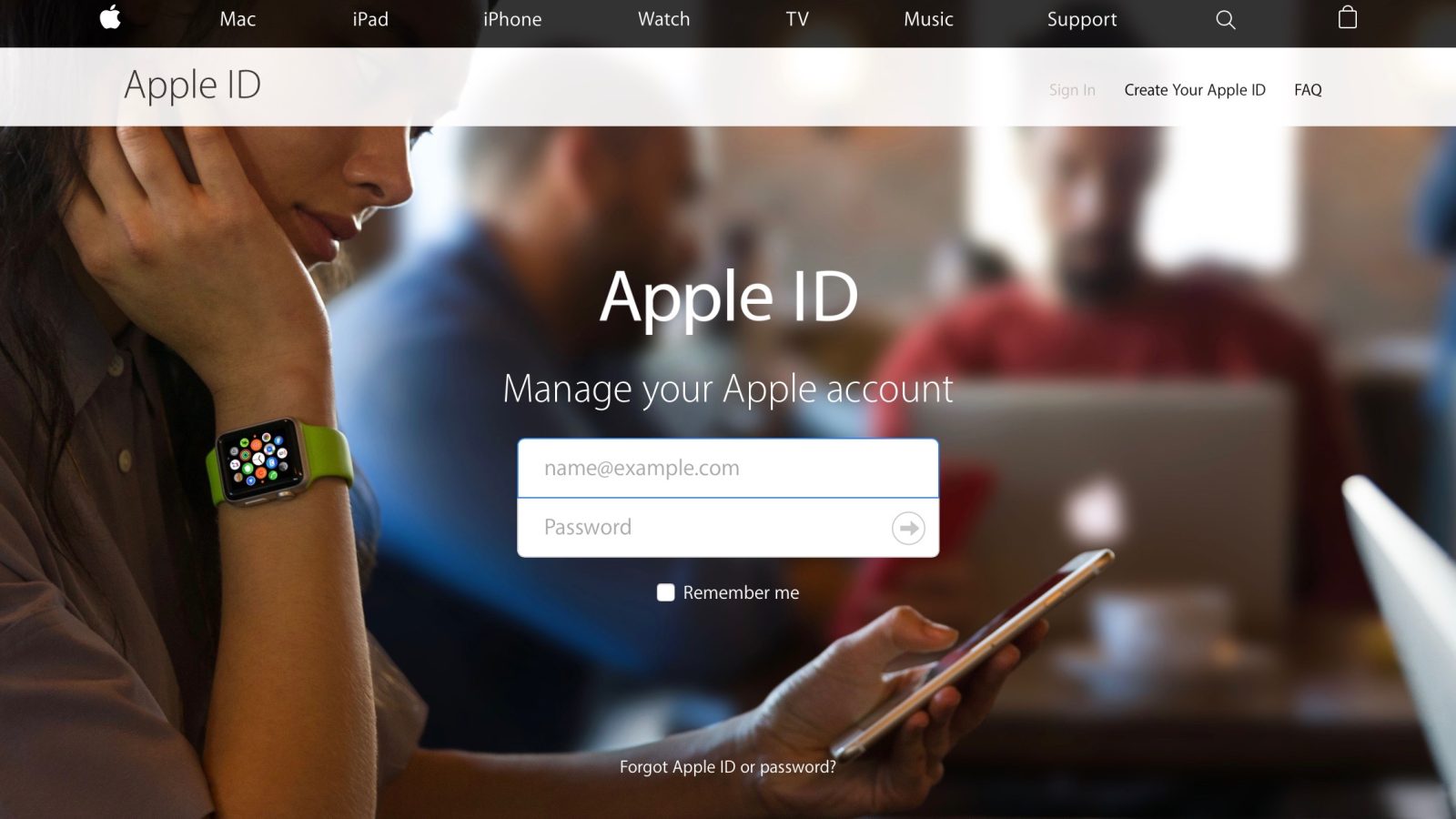 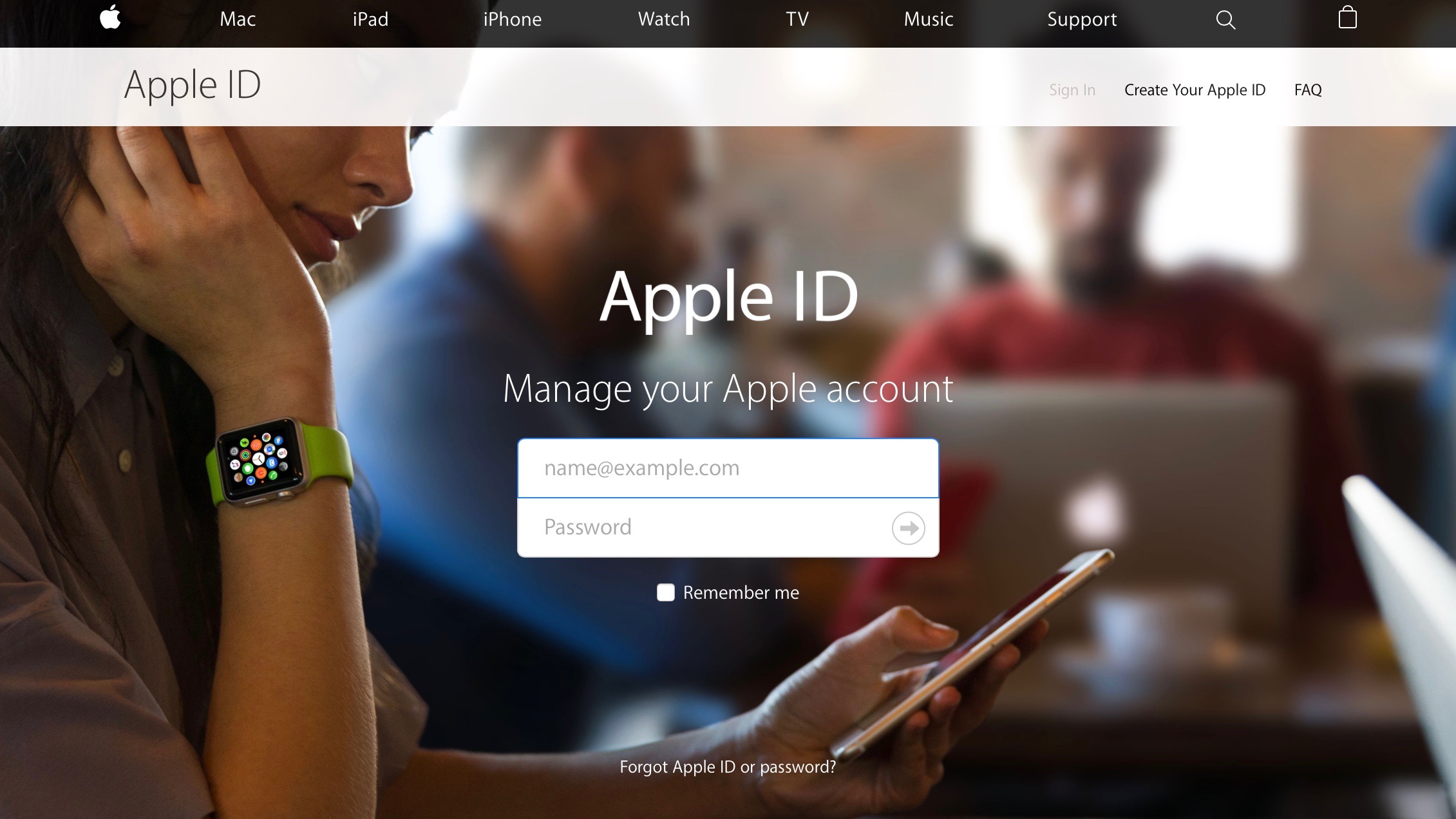 After years of featuring the same, arguably stale design, Apple has redesigned the Apple ID web portal with a friendlier, modern look. The updated website now features product imagery including a girl wearing an Apple Watch Sport while using an iPhone and a MacBook can be seen with the logo illuminated in the background. The previous landing page featured app icons for iCloud, the App Store, iBooks, and other services that use Apple IDs, which were updated from iOS 6 to iOS 7 while the layout remained the same.

The new layout is definitely a shakeup from the prior version used for years too. The landing page looks like the same style as the rest of Apple.com which has recently seen its store unified with product pages. And when you log in, you can easily view and edit your primary address, birthday, and which emails you’re “reachable at” which is new language for alternative emails. Two-step verification is also located near the top, described as a way to “Add an extra layer of security to your account.”

Some users have noted that the redesign is also the first time it’s been possible to edit payment information, which previously required using iOS or iTunes on a Mac or PC. You can check out the new version at appleid.apple.com, and see the last landing page below: 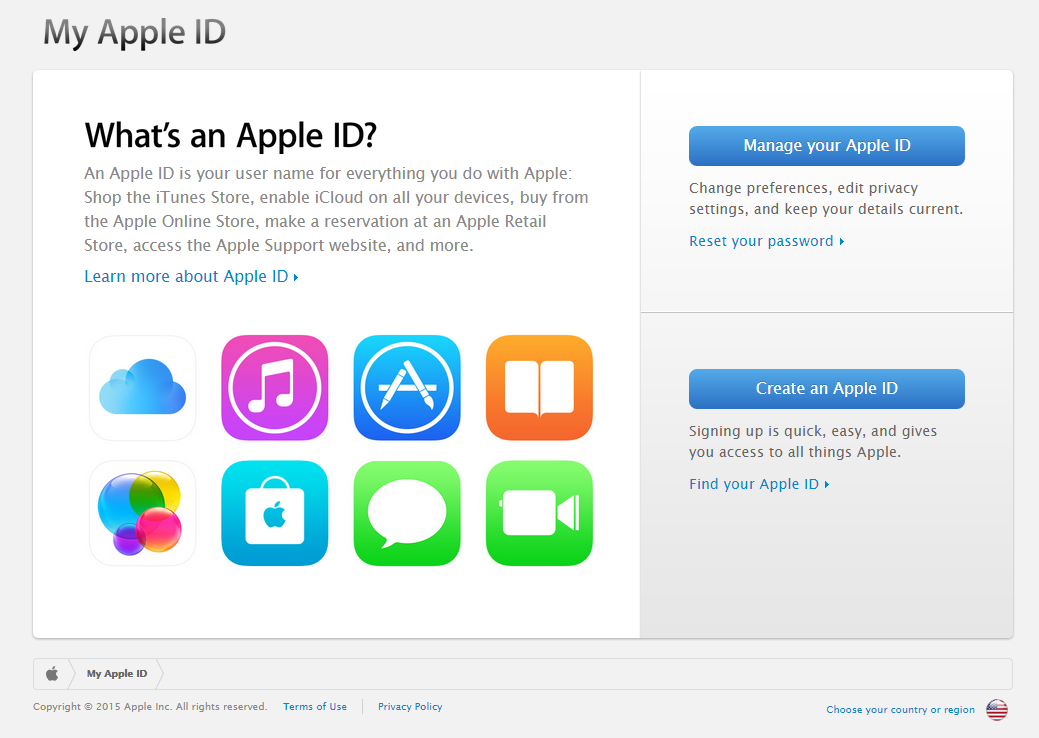