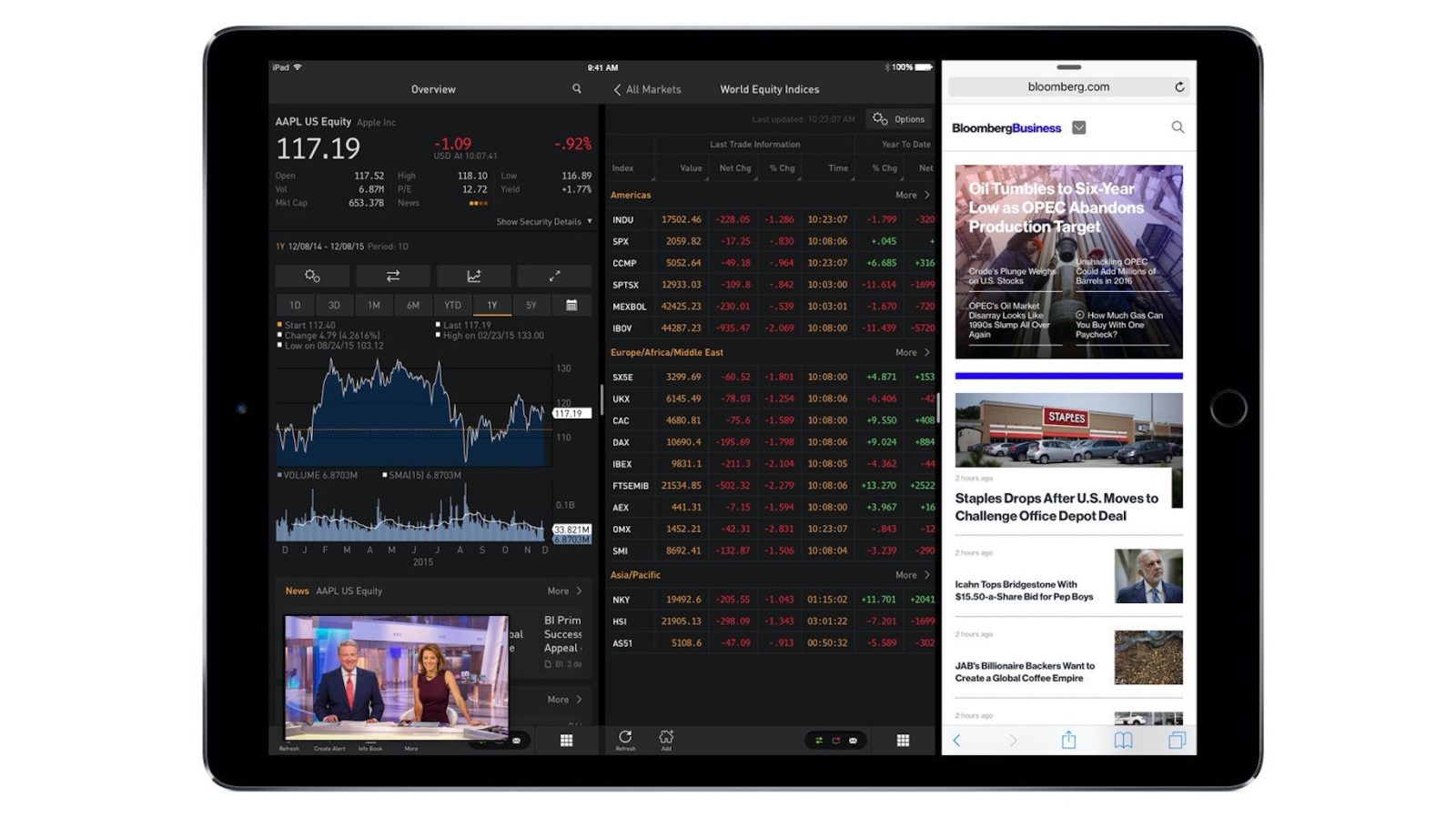 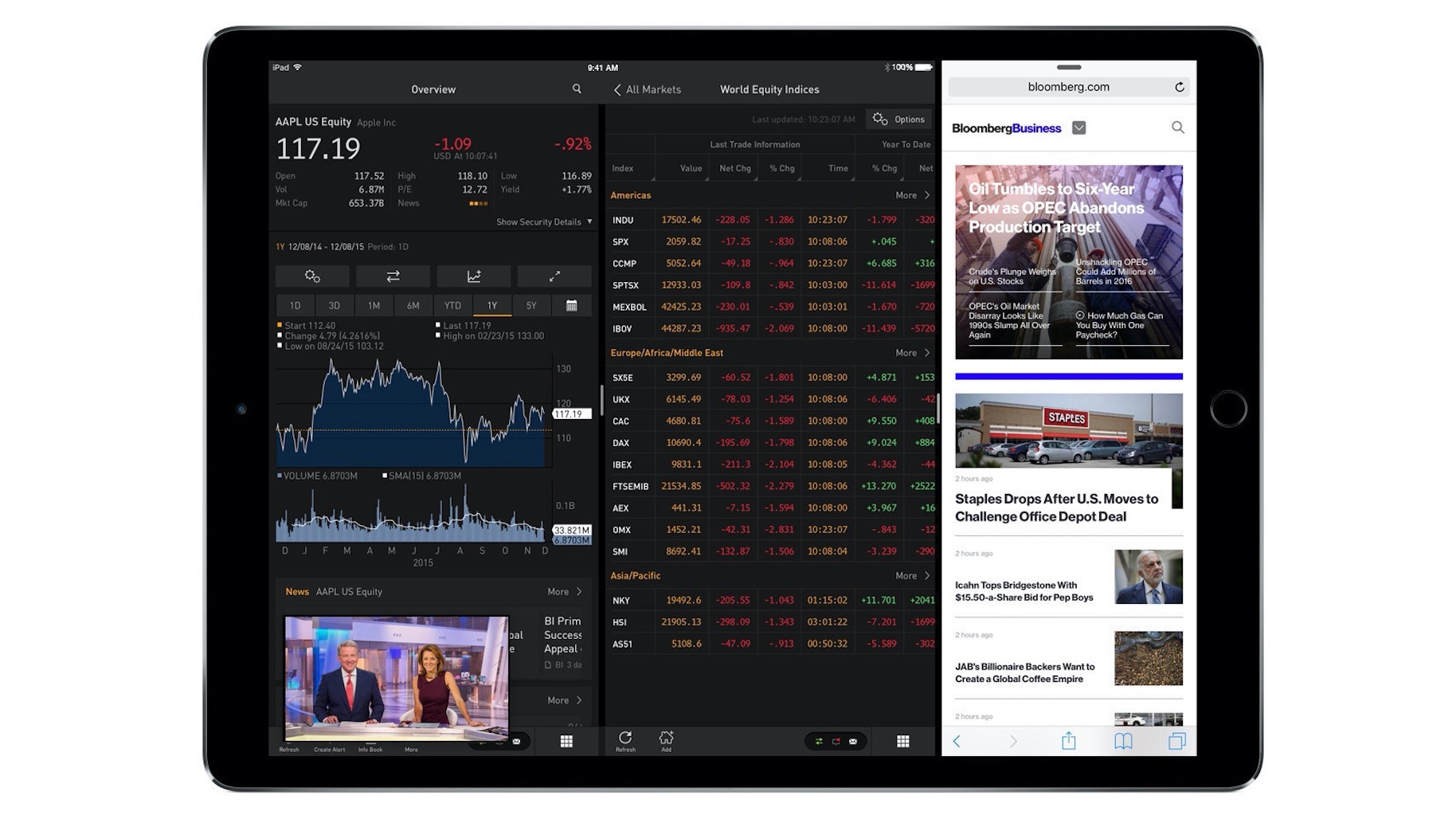 Apple Pencil users can also take advantage of the new iPad Pro digital stylus with features that let you “annotate charts, notes and research documents and then share with individuals and teams through the message function MSG<GO>.”

The app requires a Bloomberg Anywhere account to access and unlock it, but includes a mobile version of Bloomberg’s terminal features for news rooms, investors, and other professionals, now at desktop-like size with the iPad Pro. Non-Bloomberg Anywhere subscribers can still use the free Bloomberg Business app for iPad.

What’s New in Version 2.1511.1 Multitasking (iOS 9 – iPad Only) – Support for iOS 9 split view that allows multitasking between Bloomberg and other applications on the device – The ability to have two Bloomberg functions running simultaneously within their own panel in the application. This can be done by: * Touching and holding any item from the launcher menu * Touching and holding a security row in a grid to open a detail view of that security

Message – Synchronisation of your draft messages with terminal

Research – Improvements to search, filtering and downloading of documents

Bloomberg Professional for iOS is available on the App Store.