Did Apple leak a new MacBook on 60 Minutes? Probably not 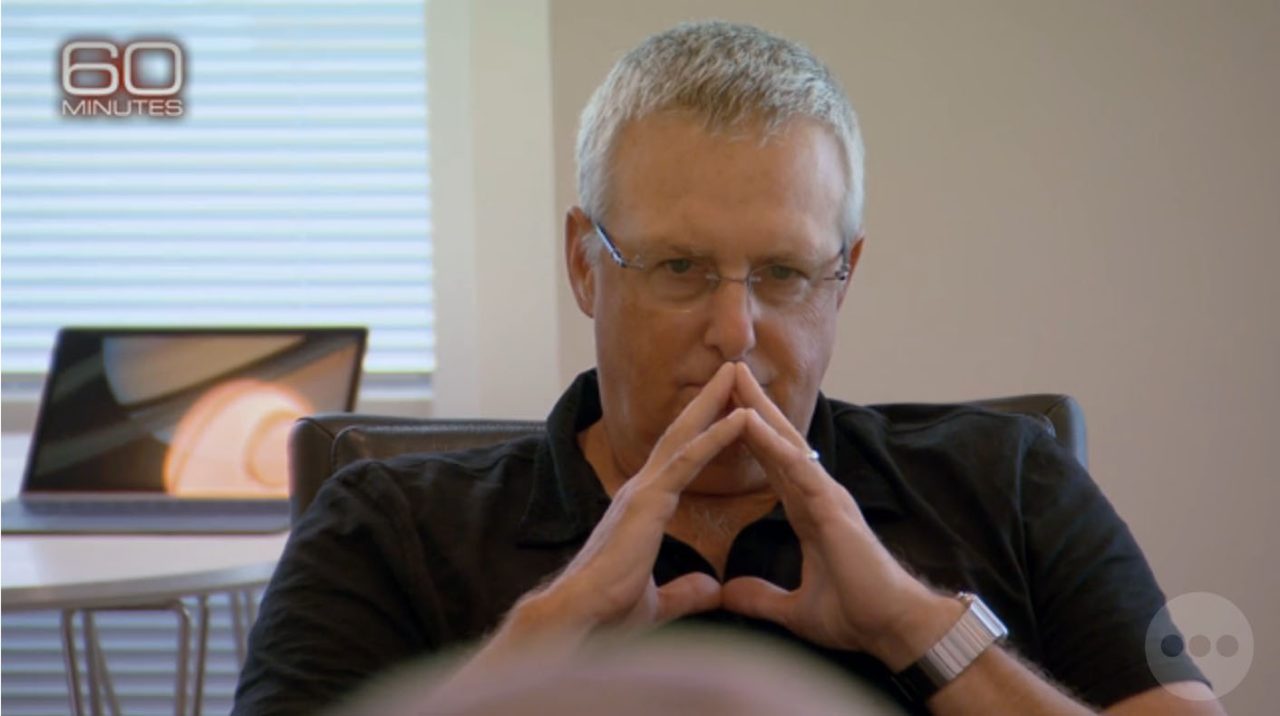 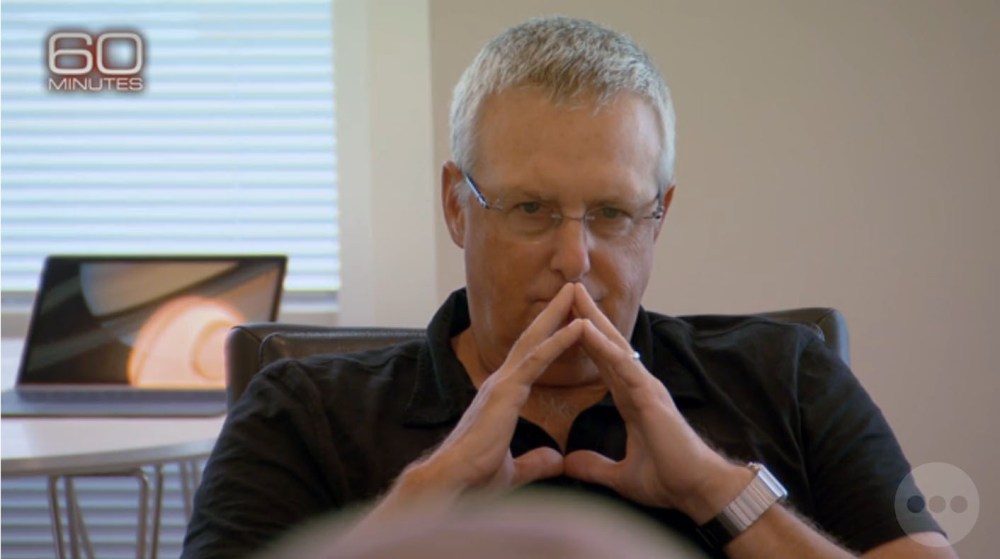 Apple was careful in highlighting its attention to detail to secrecy in its 60 Minutes segment, but the Apple web forums are currently ablaze with speculation about a potential leak in one of the clips. Behind Bruce Sewell, Apple SVP and General Counsel, is what appears to be a new kind of MacBook. From the image, it looks to be larger than a 12-inch Retina MacBook and with a different screen aspect ratio. This has fueled speculation that this is a pre-release glimpse at an upcoming redesigned MacBook Pro.

It certainly is a compelling theory. The MacBook name is not visible, the edges of the MacBook do not seem as curved as the shipping MacBook or MacBook Pro, and the aspect ratio itself seems different. However, it is hard to believe that Apple would make such a fundamental mistake as to leave secret products in the open for TV cameras to spot them. The idea of Apple intentionally leaking a new laptop also seems farfetched to me, although the whole point of the 60 Minutes spotlight is to hype Apple …

However, the biggest tell that this is just the 12-inch MacBook is the keyboard. It is clearly going edge-to-edge in that image. Unless Apple is planning on making the keyboard substantially larger, with uncomfortably-sized jumbo keycaps, the overall laptop dimensions would have to be almost identical to the current 12-inch MacBook. It could be a variant of the 12-inch MacBook or a pre-production prototype of the shipping model, but it’s most likely nothing actually ‘new’.

For what it’s worth, we’ve asked for Apple to comment and clarify what is going on here. What do you think? Is it a leak of a new Apple product or just a weird camera trick? For the record, at least one 9to5Mac editor with a 12-inch MacBook thinks it does look like something else and not camera trickery.

Here’s the 12-inch MacBook next to the iPad Pro for comparison: 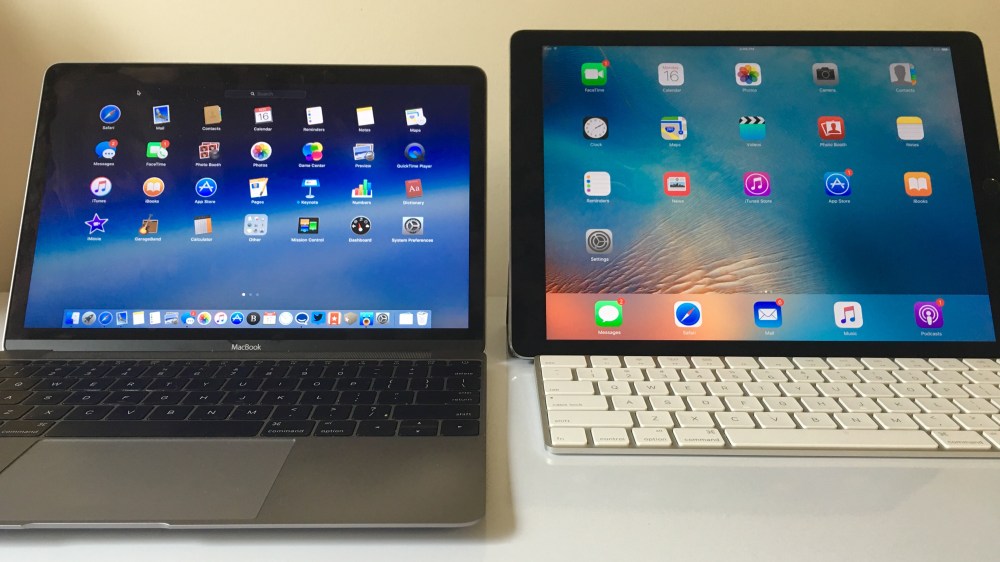 Remember when Apple ‘leaked’ a new iPad — that furore was clear-cut: it was just a MacBook display. 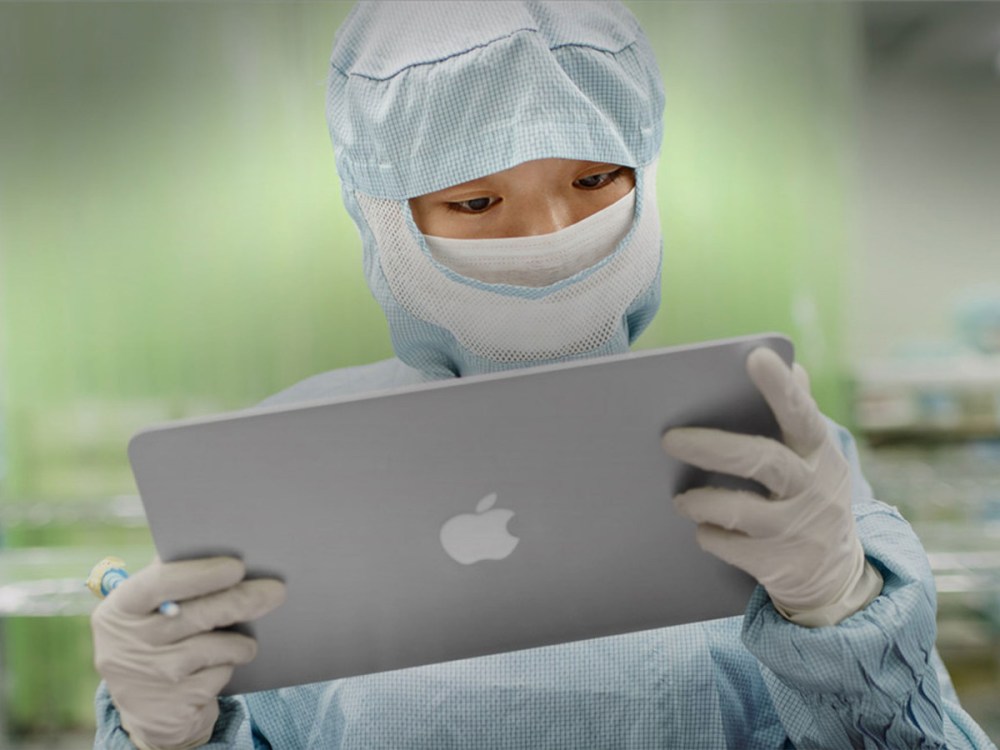