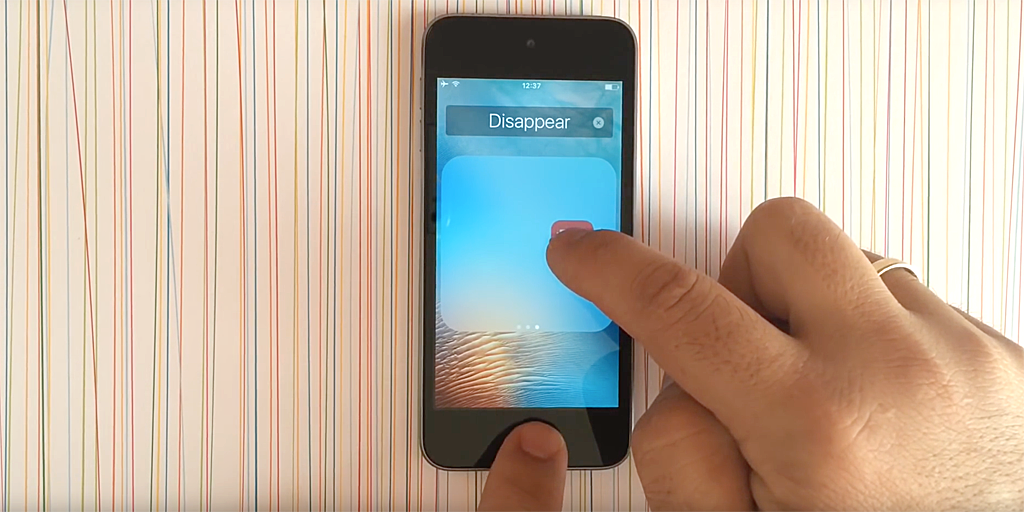 One of the minor irritants for those of us who have slight OCD tendencies is that there’s no way you can remove built-in iPhone apps – the best you can do is tuck them away inside a folder, which in my case is called unused.

But YouTube user Jose Rodriguez has found a couple of ways to actually render them invisible – at least for now. The main method, shown in the video below, works for iOS 9 to 9.2. Essentially you drag the app toward the right edge of a folder, then let it go. You then repeat this, but the second time keep touching it while you press the home button – the app then disappears …

Note that the apps will return if you restart your phone, and appears to rely on an iOS bug, so there’s no guarantee it will continue to work.

The same user does have a second method which survives restarts, but that one is clunkier. It requires you to have grey wallpaper, and to reduce transparency. Check it out here if you want to try it.

Finally, if you’re finding that apps don’t update promptly, or you’re experiencing glitches with the App Store, developer Zachary Drayer found a strange way to empty the cache. Simply go into the App Store and tap any of the buttons at the bottom of the screen (Featured, Top Charts, Explore, Search or Updates) ten times in quick succession. The screen will briefly go blank, and then return. Business Insider reports that it also works in iBooks and the Apple Watch app and on the Mac in iTunes.