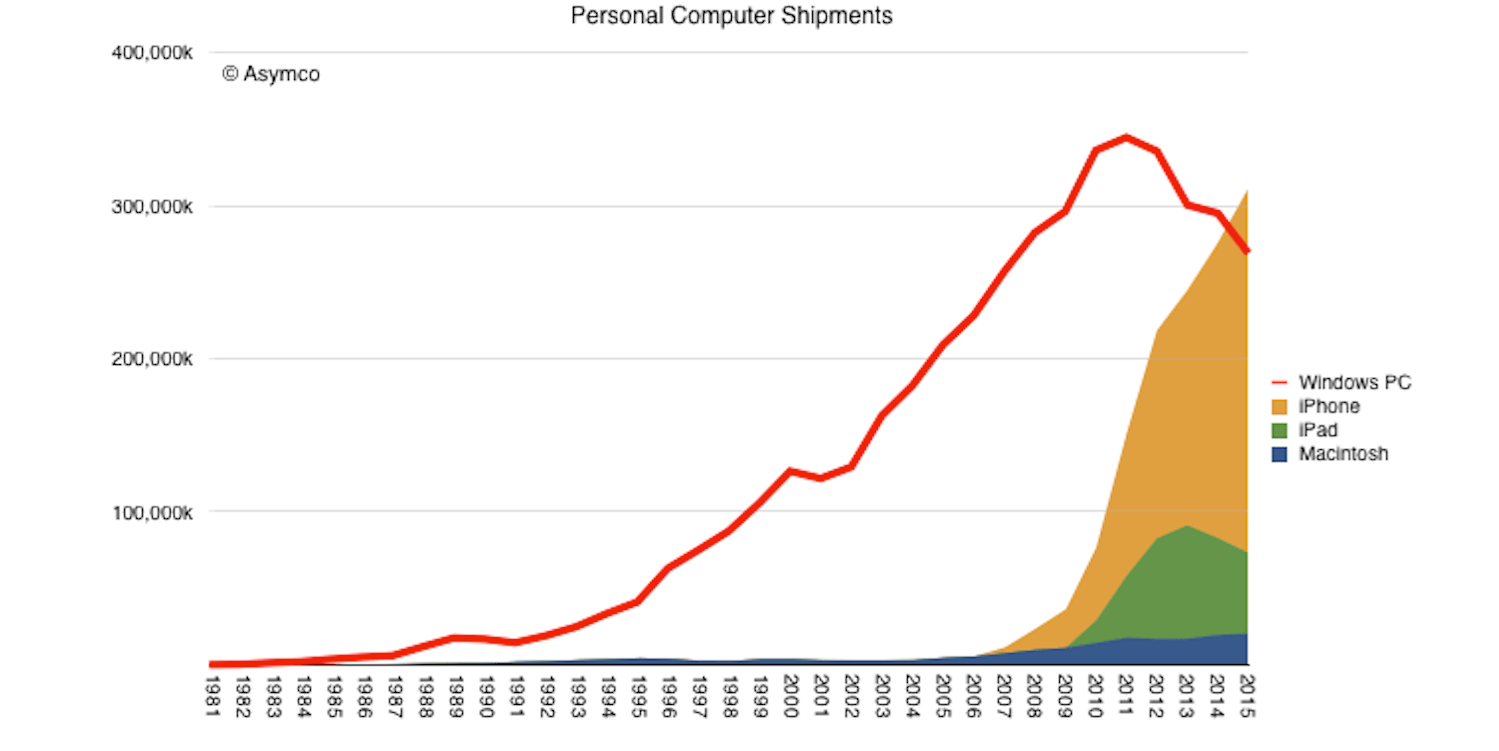 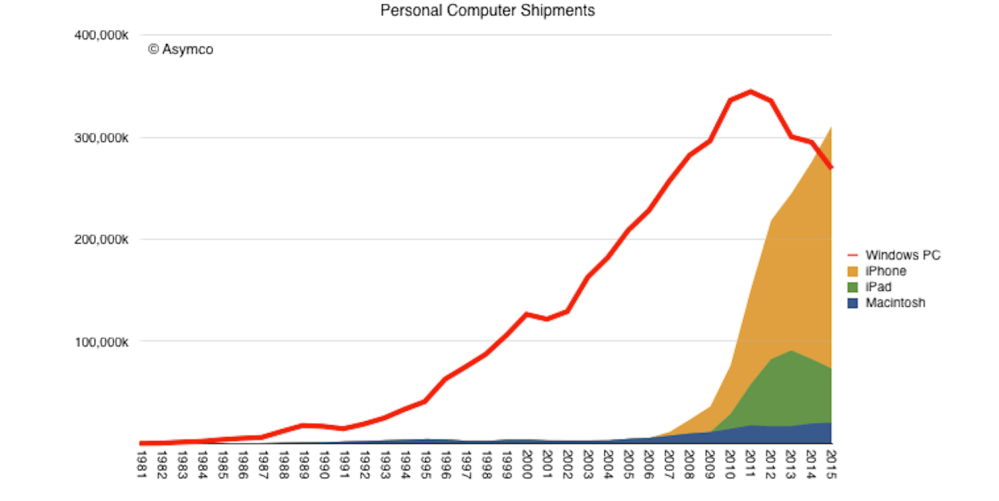 Last July, sales of iOS devices caught up with sales of Windows devices, making it a tight race as to who would ship the most units as 2015 wrapped up. Now, Asymco has shared a chart depicting the extraordinary growth of iPhone shipments and showing that in 2015, iPhone shipments overtook Windows shipments as a whole.

Furthermore, Apple today announced that iOS 9 is now installed on 75 percent of active iOS devices. Apple updated its App Store support page for developers with new data recently, announcing this milestone. iOS 9, of course, was made available last September. Over the past month, iOS 9 adoption increased from 71 percent to 75 percent. 19 percent of users are now running iOS 8, while 7 percent are running earlier versions.

Yesterday, Apple announced the first beta of iOS 9.3, brining with it new CarPlay features, Night Shift mode, new Health features, and more. This should lead to even more users finally taking the plunge and updating to iOS 9 at long last.