watchOS 2.2 adds Nearby search to Maps for Apple Watch

The Maps app for the Apple Watch is set to receive a useful upgrade with new features with the upcoming watchOS 2.2 release. Currently in beta, the upcoming software update adds the Nearby search features in Apple Maps as well as quick navigation buttons for travel directions to home and work addresses.

In the current watchOS version, the Maps application launches to a view of your current location, then pressing the display firmly reveals buttons to access contact addresses, search, and toggling between transit and standard directions.

Starting with watchOS 2.2, Maps on Apple Watch has a whole new layer of actions. Just like Google Maps for Apple Watch, Apple’s Maps app now includes shortcuts to navigating to your home and work address from your current location. Search is also a more accessible button that doesn’t require Force Touch. The old Maps view can still be accessed through the My Location button beneath Search.

Finally, the useful Nearby feature introduced to Maps with iOS 9 in six countries including the US and Canada is now available on the Apple Watch starting with watchOS 2.2. 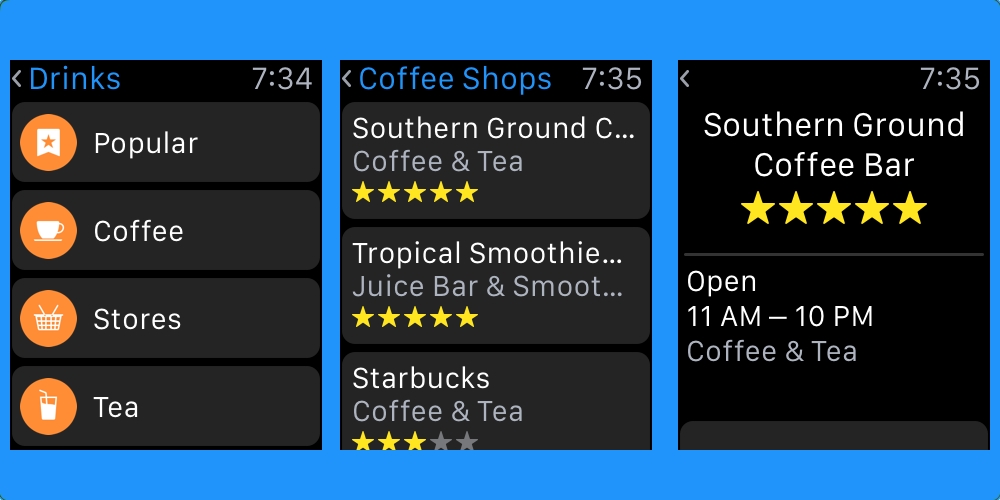 For more on Apple’s latest software updates for each of its platforms, check out 9to5Mac’s coverage from this week:

The watchOS 2.2 update for Apple Watch is currently only available in beta. Public availability will likely accompany the iOS 9.3 release later this year.