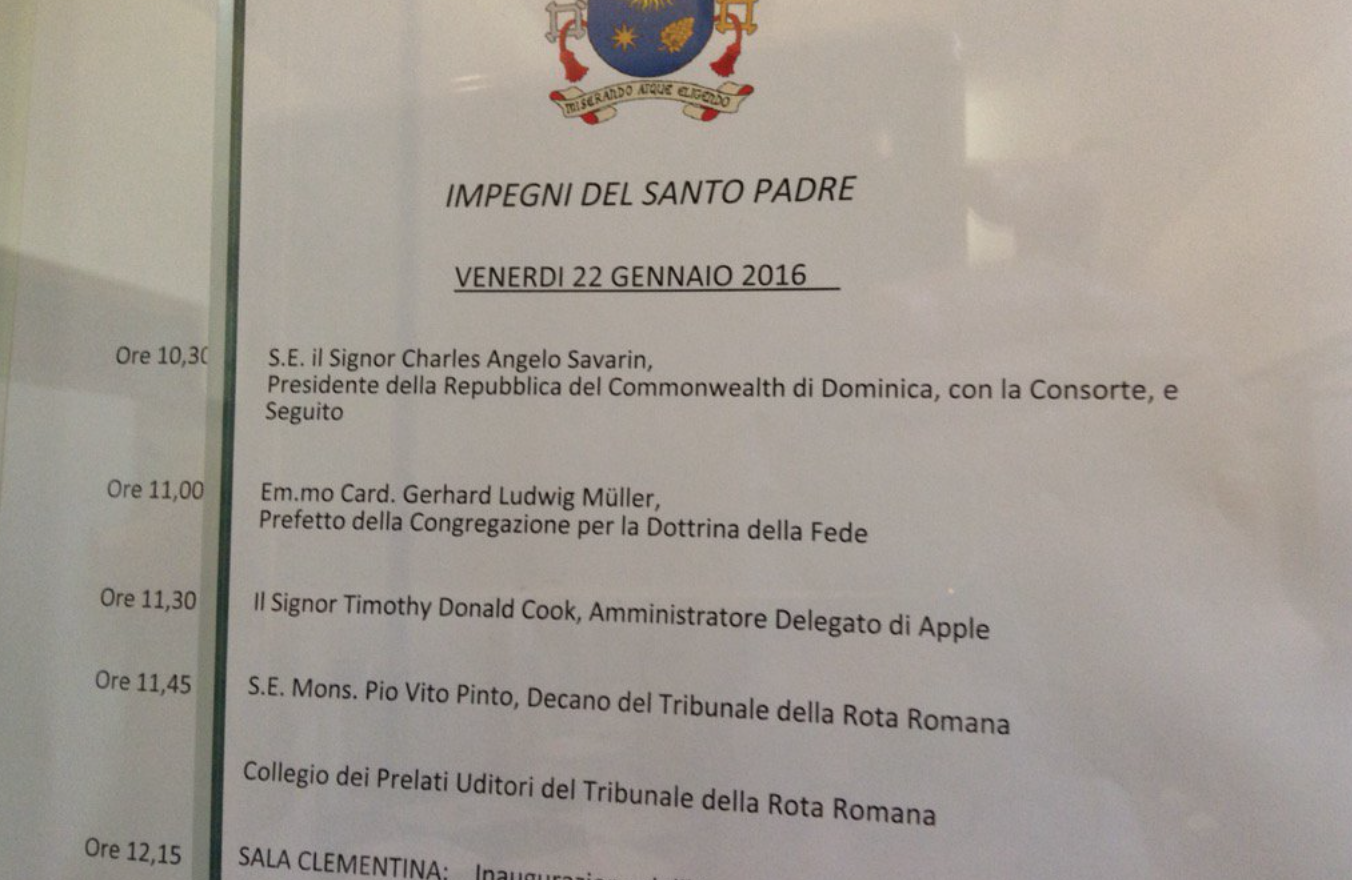 According to several sources, the Catholic Church Pope, Pope Francis, is meeting with Apple CEO Tim Cook today for a private discussion. The exact agenda for the meeting is unknown, but ‘Signor Timothy Donald Cook’ is booked in for 11.30 as shown in the photo. The meetup is likely related to visits the Pope has been receiving from other tech giants. Francis met Eric Schmidt, Alphabet (Google’s) chairman last week. It could just be a cordial exchange of greetings.

Sky News reporter Tom Cheshire says the Pope shares Cook’s strong stance on the environment and ecology. Both Pope and Cook are frequently named in the “world’s most important leaders” lists, so they do share some common ground in regard to influence.

Tim Cook now meeting the Pope, which has been in works for some time. Both very keen environmentalists.

The last time the Pope and Cook appeared together in the news, people were concerned the Pope’s US tour would delay the delivery of their new iPhones.

Pope Francis is generally seen as a more modern religious leader than his predecessors, actively using Twitter to convey his messages. He has described the Internet as a ‘gift from god’. The iPhone is the most successful internet communications product on the planet, so there is some overlap. Although it is a strange pairing, Apple touches every party of the world today through the iPhone and this includes religion.

We’ve asked Apple about Tim Cook’s visit and will update if we hear anything. In all likelihood however, the topics will remain confidential.