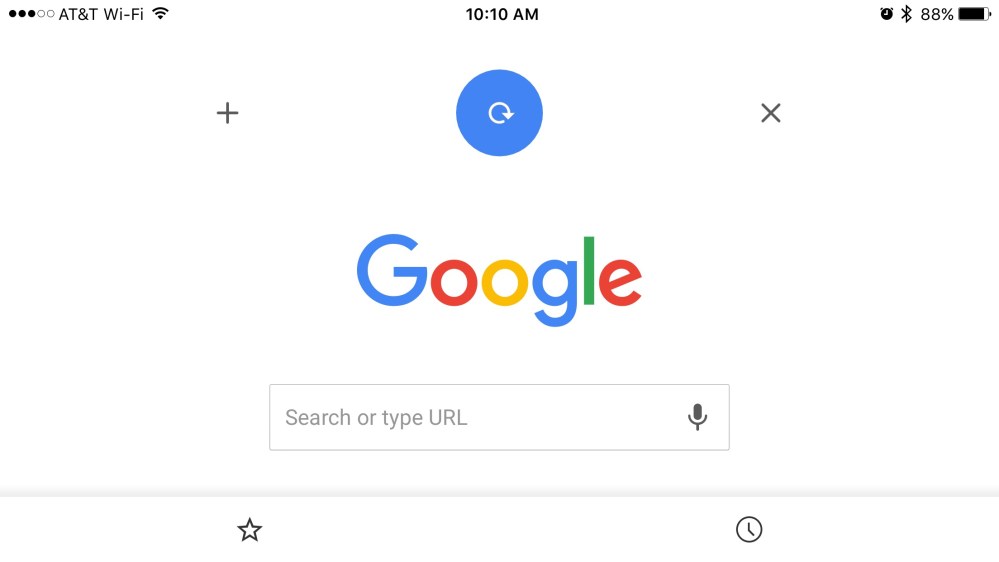 Google’s Chrome browser for iPhones and iPads is getting a whole lot faster and more stable today with its latest update. That’s because Chrome is now using Apple’s WKWebView rendering engine on iOS. Google says this update will reduce Chrome’s crash rate by 70% so the browsing experience will see fewer interruptions for various reasons.

In the speed department, Google says the new version of Chrome is ‘dramatically faster’ as it should be on par with Safari web browsing now. Interestingly, Safari has had somewhat of a tough week with not one but two separate crashing bugs affecting users.

The latest update, versioned 48.0.2564.87 in typical Google fashion, also features a couple of other tweaks aside from the under-the-hood improvements:

Redesigned icons on the New Tab page: easier access to more of your frequently-visited sites

Spotlight integration: Drag down or right from the Home screen and search for your Chrome bookmarks

There’s still no way to set Chrome as your default browser on the iPhone and iPad like you can on the Mac. That decision remains in Apple’s hands. But you can grab the newly updated faster and more stable version of Chrome for iOS from the App Store.