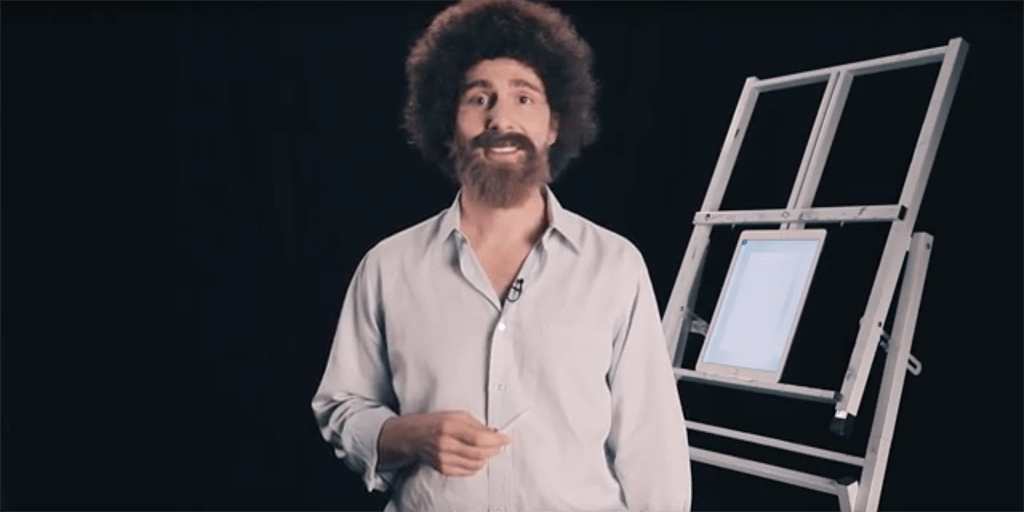 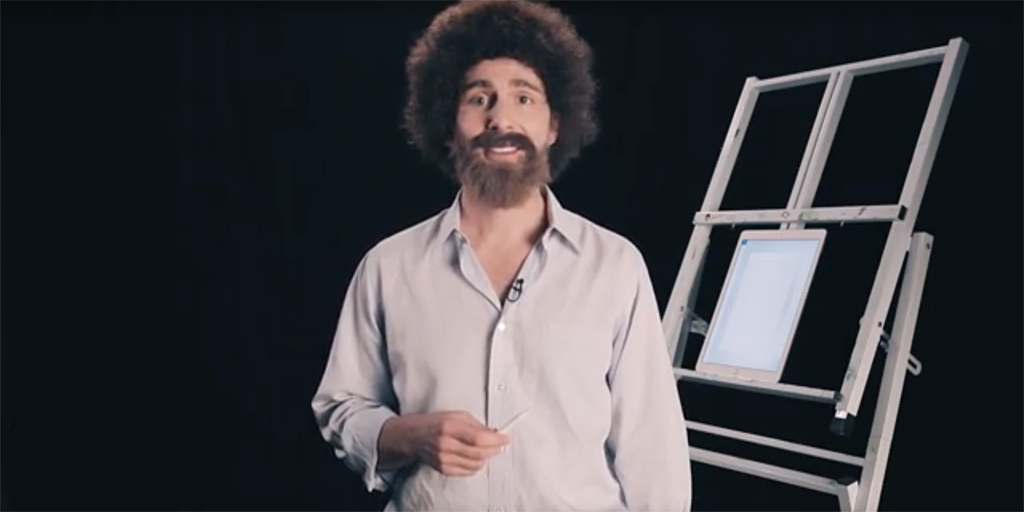 Adobe has chosen to use a Bob Ross lookalike for a series of video tutorials on using Adobe Photoshop Sketch with the iPad Pro and Apple Pencil. The company posted the last of the four-part series (below) over the weekend.

The late host of the long-running TV show The Joy of Painting was a much-loved personality, and the decision to effectively bring him back from the dead some eleven years later could easily have been considered tasteless, but YouTube commentators seem to be broadly in favor.

The series was made with the cooperation of Bob Ross Inc, which says Adobe took great care to get all the little details right, from the clothing worn to the type of easel used.

Adobe Photoshop Sketch runs on all iPads, and is a free download from the App Store (it does offer an in-app purchase, but only for optional cloud storage, not for brushes or the like). You can watch the four tutorials below. If that leaves you hankering for the real thing, season 20 of the show is available on iTunes.