The Logic Pros: 3 helpful tricks to streamline your MIDI/audio editing 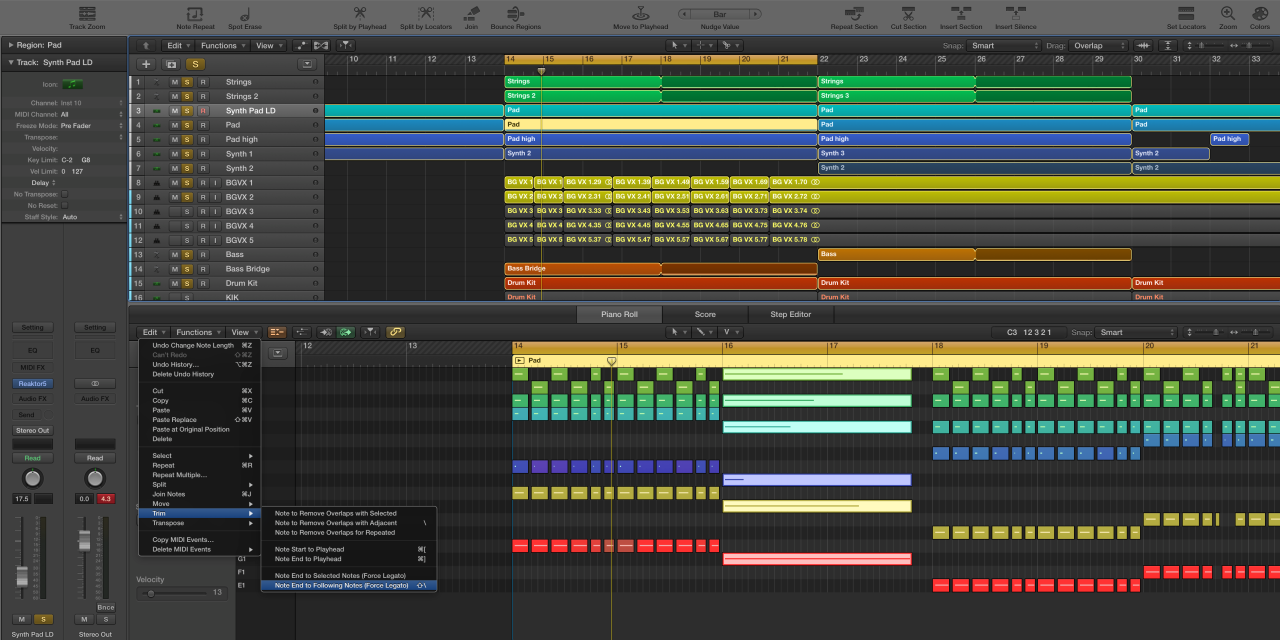 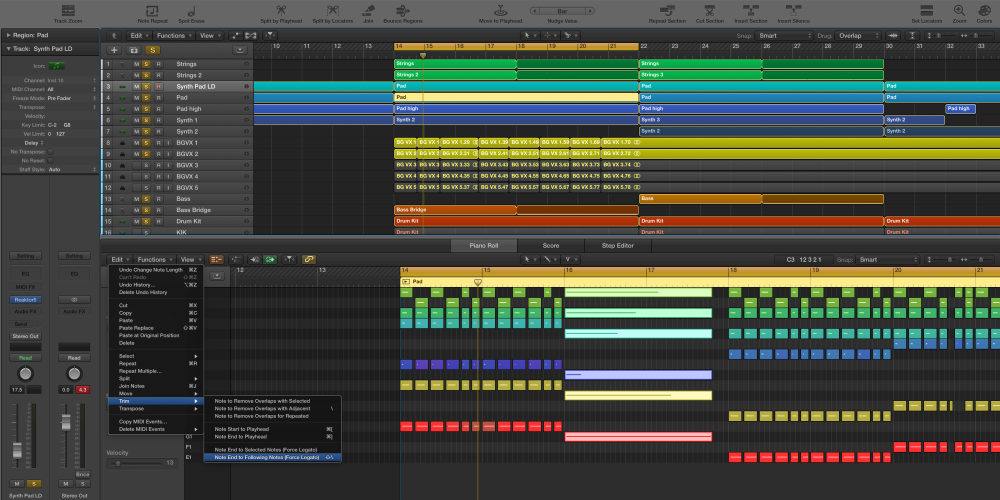 In this week’s episode of The Logic Pros, we will be continuing our look at some of Logic Pro X’s underused features and key commands with some helpful editing tricks. We are also going start our master Solo Jedi training with some interesting uses for the various Solo modes, locks and more.

The Solo mode found on just about every track inside of LPX is one of the most basic features found in any DAW. Its functionality is fairly obvious, in terms of allowing us to monitor a selected track(s) on its/their own while the rest of our tracks are essentially automatically muted. But there are a few tricks that can be used without complicating things that are likely to speed up edits and make micro-level monitoring a little easier on you. I use these key commands and features every day in Logic, and I’m not sure I could go without them: 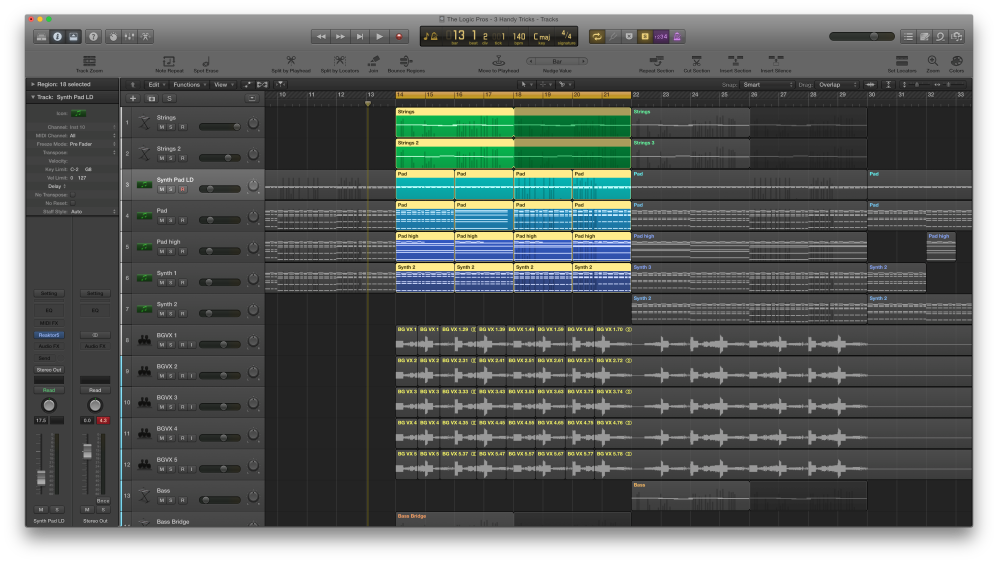 Solo within a Solo and back again: This key command will allow us to quickly toggle Solo Mode on/off. You can also quickly highlight a group of regions on your Main Window/Tracks page and then hit Control S to solo them. This can be very helpful when you are trying to solo a group of tracks/regions that don’t reside next to each other on your Tracks page, among other things. 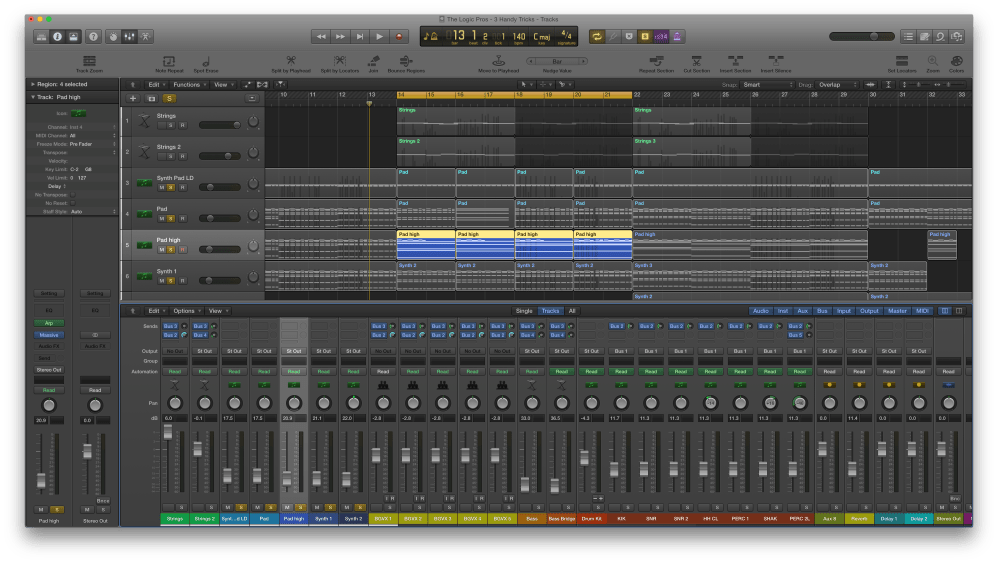 But it can also be used as an almost secondary Soloing option. Often times I will have a group of tracks on the Mixer in Solo by simply selecting the tracks and then engaging the Solo button (or pushing the S key). Then you can select any one of the tracks that are currently in Solo, and quickly monitor it on its own by pressing Control S. Hit Control S again, and your right back to your original group of tracks in Solo. Solo within a Solo, in one click, pretty sweet.

Note: Option S, will enter Solo Lock Mode. This will essentially allow you to Solo a group of regions in your project while allowing you to edit content outside of those tracks without losing your Solo group.

Force Legato, it’s for your own good: There are a countless number of scenarios where we find ourselves manually trimming the tops and tails of MIDI notes, regions and more with the mouse. But there are a few features within Logic that allow us to make these kinds of edits a little quicker whether we are programming synth and strings parts for song arrangements, or editing sound effects/audio clips for film/TV/app work. One of my all-time personal favorite Logic commands is Shift and the \ key. This powerful little command does a few different things depending on which window you are currently using in LPX. Here are two of my favorites:

In the Piano Roll editor I often times find myself tidying up MIDI performances or just creating them from scratch. By selecting a note or group of notes and hitting Shift \, you will Force Legato, or force them to stretch out until they bump into the next group of notes or the end of the region itself. This works great on chord progressions or even just to get the notes all in a uniform position to edit further. Secondly, on the Main/Tracks Window, the same key command will stretch the selected region(s) until it/they bump(s) right up against the next one on the timeline on the respective track. You can find this option from the Edit menu > Trim > Region End to Next Region, but a quick push of of Shift \, will do the trick just the same.

Keep in mind, for MIDI regions this will essentially create a larger region but will leave the existing MIDI data as is. Whereas, with audio regions, it will actually pull out the right most edge of the region revealing more of the file (which may or may not be desired depending on the edit at hand). 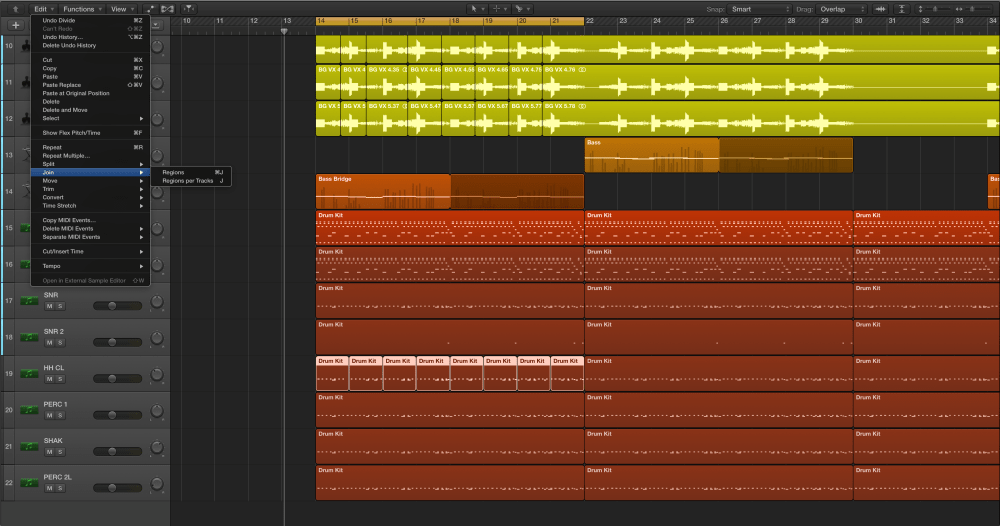 Join together and be friends. I’ll keep this one quick, but it’s another feature I use everyday in LPX and couldn’t go without. J for Join. Selecting any group of MIDI regions and pressing the J key will actually combine the data together into a single region. Doing this with regions on different tracks will bring all the performances onto a single track, which I would suggest only for more advanced users. But for example, doing it on MIDI regions right next to each other on the same track can be a very handy way of keeping things organized or creating visual cues for various elements of your piece. The Scissor tool will allow you to seperate them again at anytime should you choose.

With audio tracks we will actually be creating an entirely new file with the Join function. While there are times this can come in handy like for sticking a couple loops together for FX processing, I generally prefer a traditional mix-down when it comes to multiple audio tracks.

If you have any helpful/quirky editing tricks you use in Logic be sure to let us know in the comments below: