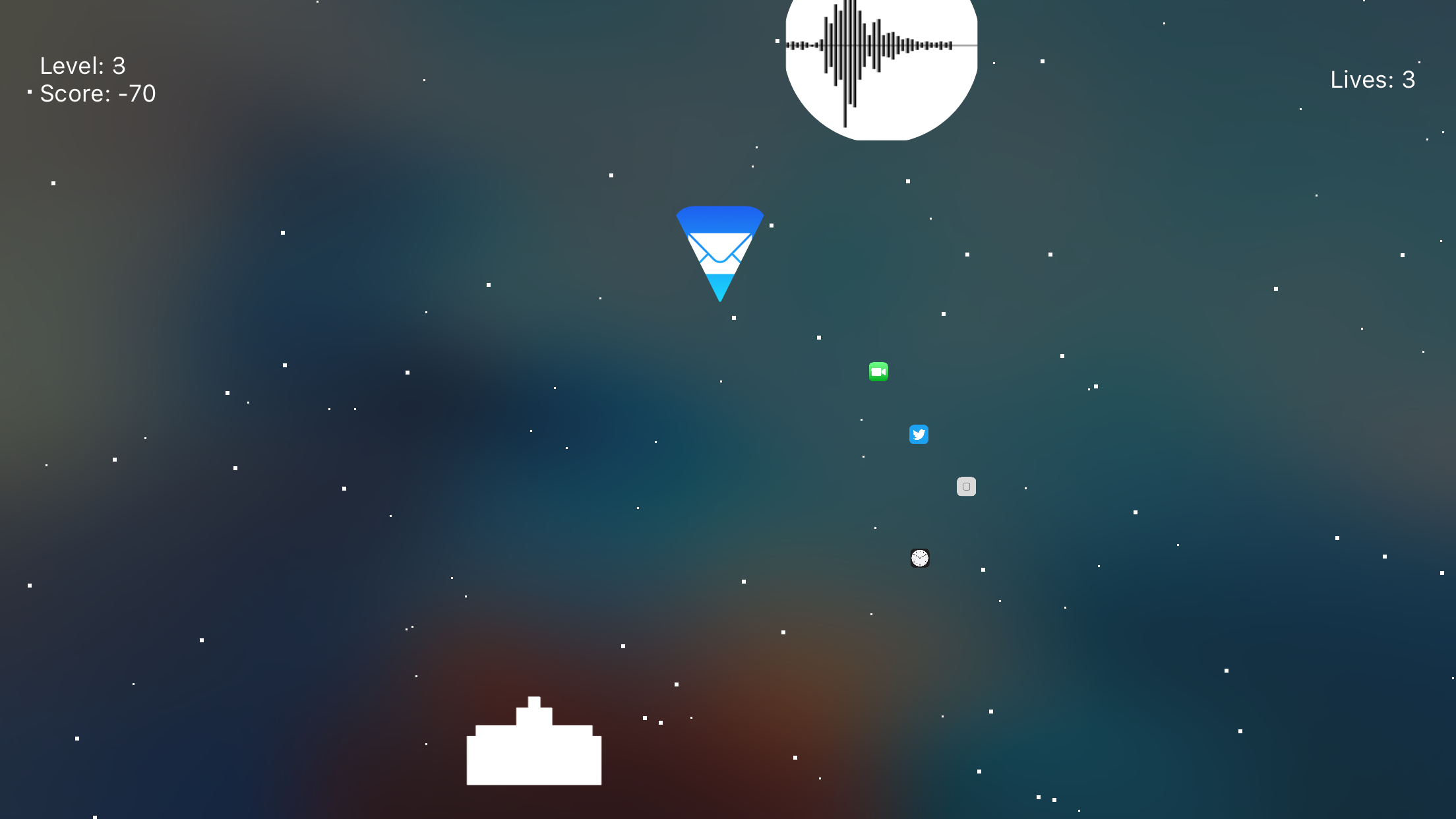 Your own ship is moved from side to side using the iPhone’s accelerometer, and a tap on the screen causes your ship to shoot tiny app icon bullets at enemies. Have a look at our video walkthrough to see SpringInvaders in action.

Once SpringInvaders is installed, you’ll find a new set of preferences in the stock Settings app. From there, it’s just a matter of venturing into the settings and customizing the tweak to your liking.

The first thing you’ll want to do is establish an Activator gesture, as this allows you to launch the game from anywhere on your iPhone. You can be within an app, at your Home screen, or wherever else, and instantly launch into a game of SpringInvaders by using the established gesture.

Additional settings for SpringInvaders include a stealth mode toggle — for changing the color of your ship to black instead of white — a tilt sensitivity slider, and a section for establishing initial difficulty level.

Once the game is launched, it’s just a matter of moving your ship from side to side using the accelerometer, and shooting down enemies using well-timed taps on the screen. Each shot that you land counts as 10 points, and each shot that you miss subtracts five points. If you’re going for a high score, you’ll want to time your fire wisely. 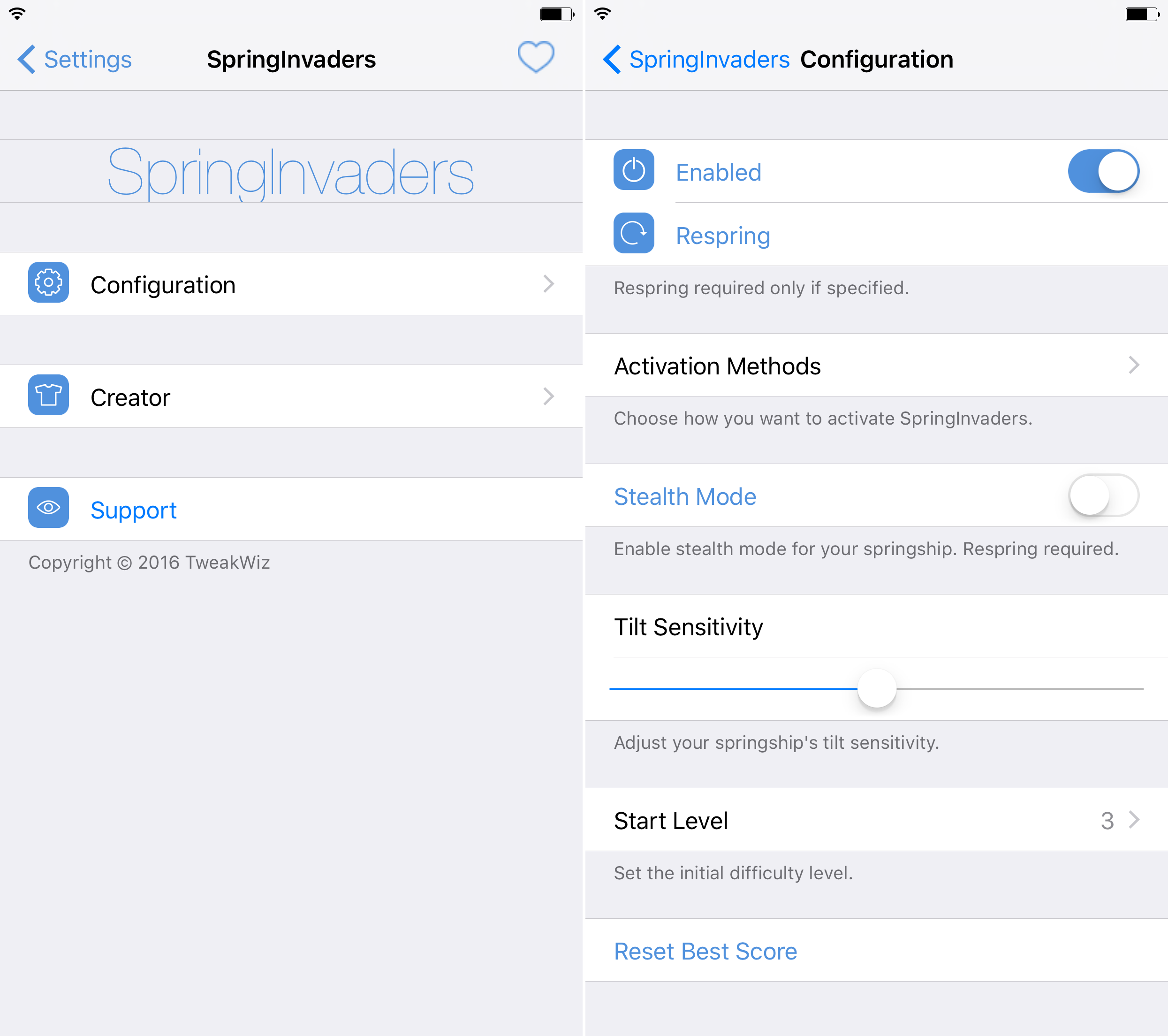 You can also use a tap and hold gesture to launch a spring bomb—a super-sized app icon that can take out several enemy ships at once. Spring bombs have no negative impact on your score when missing a target, but it takes longer to launch a spring bomb than a simple bullet, and that keeps the experience relatively even. 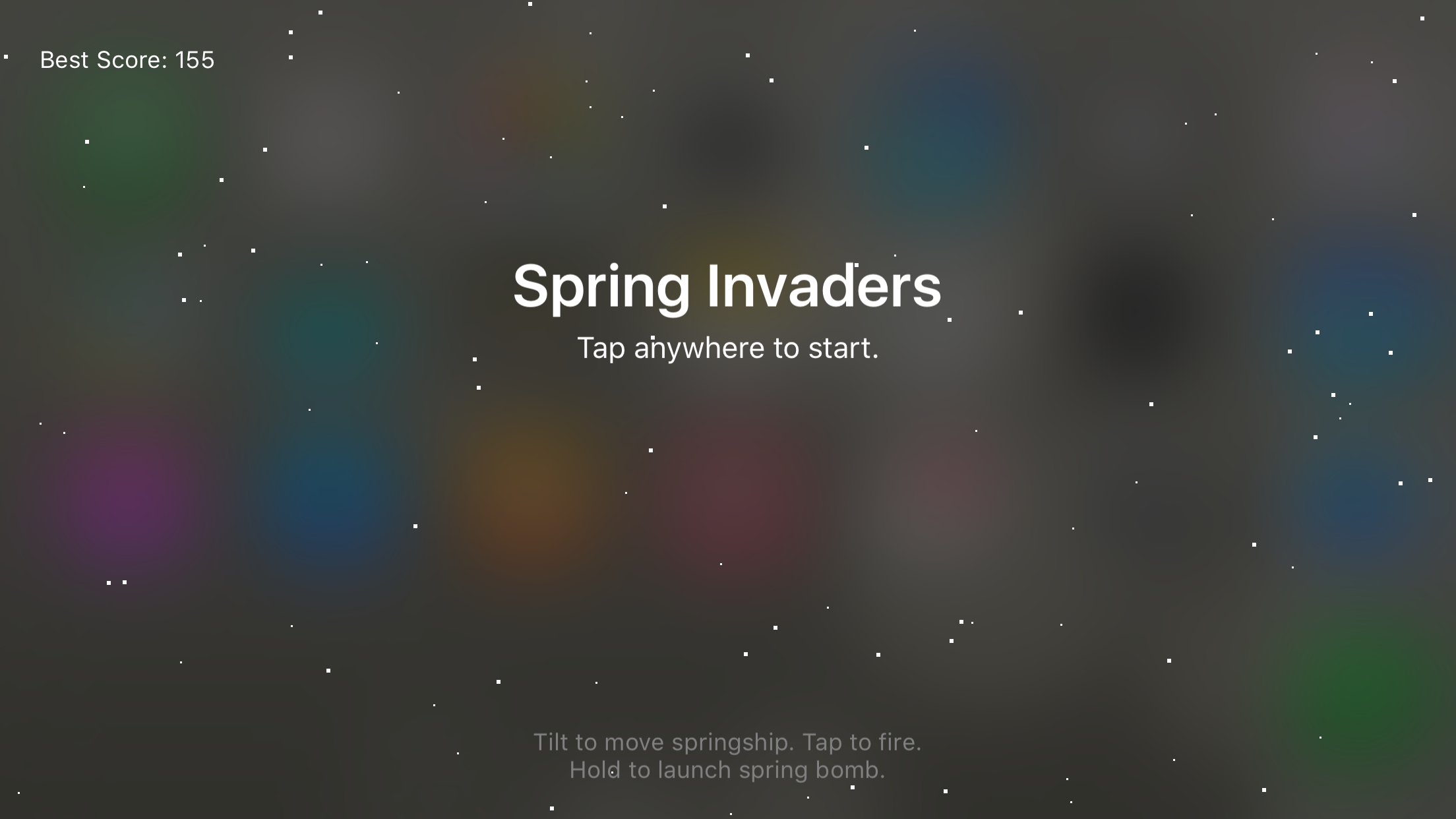 Unlike Space Invaders, enemy ships don’t shoot back at you. Instead, they attempt to make it past the screen’s threshold, which causes you to lose one of your five lives. In fact, SpringInvaders features no collision detection at all, so an enemy ship can fly right through you as it attempts to make it past the threshold without being destroyed.

Upon invoking SpringInvaders using the assigned Activator gesture, the game loads on top of whatever you’re currently using. If you’re at the Home screen, SpringInvaders appears on top of your iPhone’s wallpaper and app icons. It then mixes in tint, translucency and stars to lend the game a classic space game feel. If you invoke SpringInvaders while within an app, or if you’re using wallpaper that’s overly bright, it’s possible that the background colors or animations could gently detract from gameplay.

SpringInvaders isn’t perfect; the lack of collision detection, and a lack of sound effects are a few of its primary shortcomings. That said, if you’re looking for a quick distraction that’s easy to get into, you might want to give it a try. SpringInvaders is available today on Cydia’s BigBoss repo for $0.99.