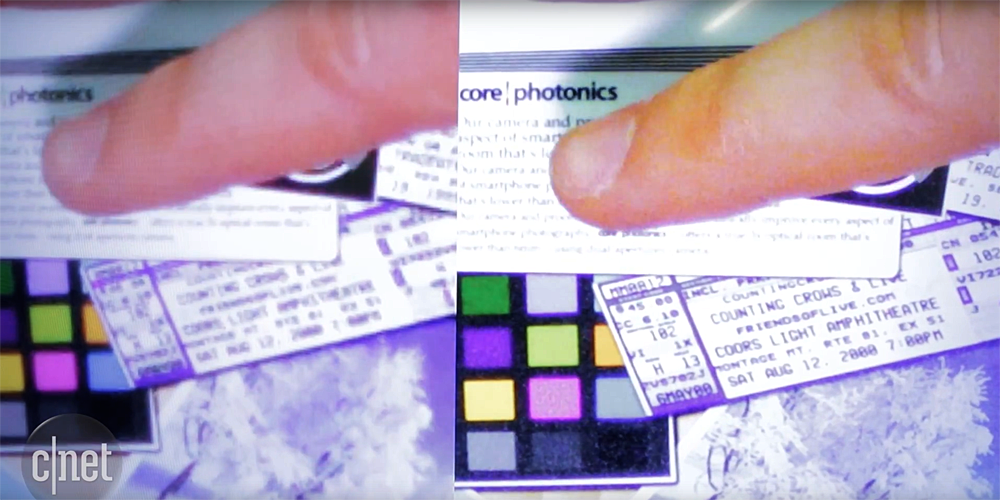 A competitor to Apple-acquired camera tech firm LinX has demonstrated the benefits that can be delivered by a twin-camera system like that rumored for the iPhone 7 Plus. A CNET video (below) shows how combining images from two separate cameras can deliver far sharper zoomed-in images compared to the camera in the iPhone 6s/Plus.

Corephotonics said that it had working dual camera systems back in 2014, but the supply chain was not yet able to deliver the volumes needed. That has now changed, it says …

I am happy to report that today, all three components demand, development and the supply chain maturity are in place. That goes for the camera manufacturing and also for the application processor framework.

This echoes comments made earlier this month by Sony’s CFO, who said that 2017 would be the year in which dual lens cameras would take off. Sony makes the sensors for iPhones.

The two Israel-based companies appear to have set themselves very similar goals, with improved low-light performance another key aim. An Apple patent application back in January, however, showed that the company could be aiming to offer much more sophisticated options, including combining wide-angle and close-up views within a single video through picture-in-picture. In our poll, 83% of readers were excited by the potential of the technology.

One interesting aspect of the iPhone rumors is that the dual camera tech is destined only for the larger iPhone 7 Plus model, raising the possibility of increasing divergence between smaller and larger iPhone flagships.

Check out the video below to see the difference a second camera could make.