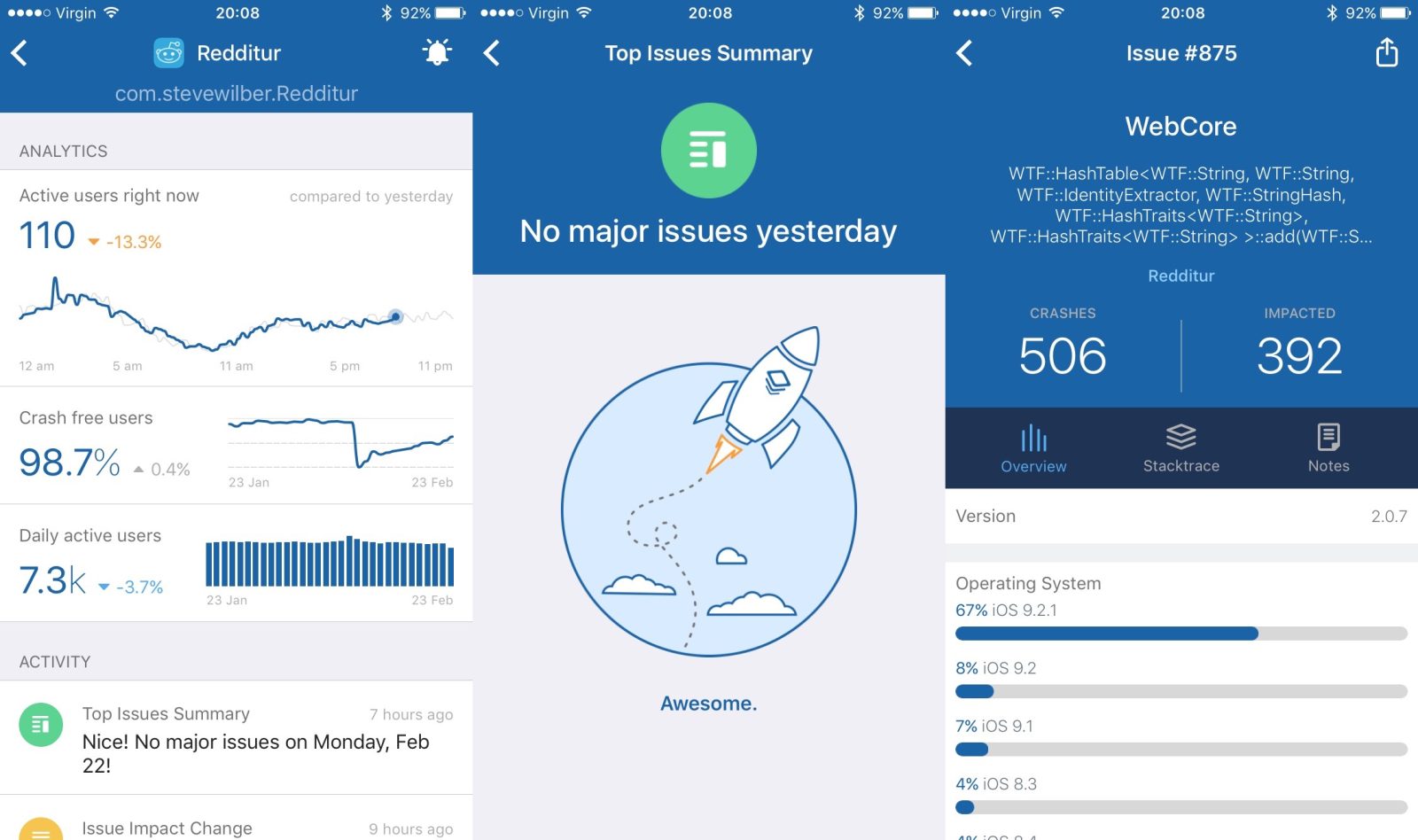 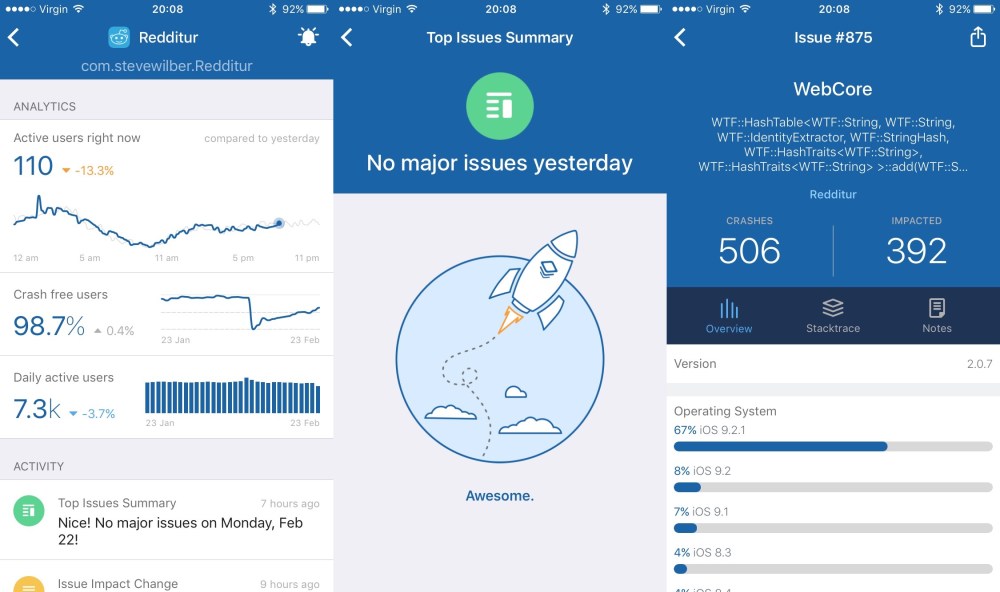 Fabric, a subsidiary of Twitter, has today expanded its comprehensive platform for developers by releasing an iPhone app, Fabric for iPhone. The app lets developers monitor various analytics and diagnostics about their applications while on the go. Stats like current active users and crash rates are instantly visible from the dashboard.

Most notably, the app features push notifications for realtime updates about major issues. For instance, developers will get a push alert if their app suddenly starts crashing for a new reason.

The app tries to be intelligent, striking a balance to send relevant notifications about important issues without bombarding the developer’s phone too much. You can control notifications on a per-app level and each banner alert includes a button action to ‘Mute for 2 hours’, if you really don’t want to be disturbed.

There’s also an Activity feed inside the main app screen that lists recent activity as a stream of text, almost like a Twitter timeline for a developer to track the stability of their app. You can tap through to see more details about an issue, including full stacktraces so developers can start thinking about the solutions to the bugs before getting back to their desk. The summary highlights what OS versions and what devices are exhibiting the errant behavior, again helping to narrow in on the bugs.

The companion app will help developers that already use Fabric and Crashlytics SDK in their apps. Whether the addition of a mobile app is enough to convince a developer to move from their existing crash reporting solution to Fabric’s is unknown. Although it is compelling, its functionality is limited as a 1.0 release. Developers on the app have already said they will expand the features with app updates in the future.

Check out the Fabric app in the App Store now. More information is available on Fabric’s blog.

The @fabric app for iOS is written 100% in Swift (and using ReactiveCocoa 4) https://t.co/CQLh3DZepi