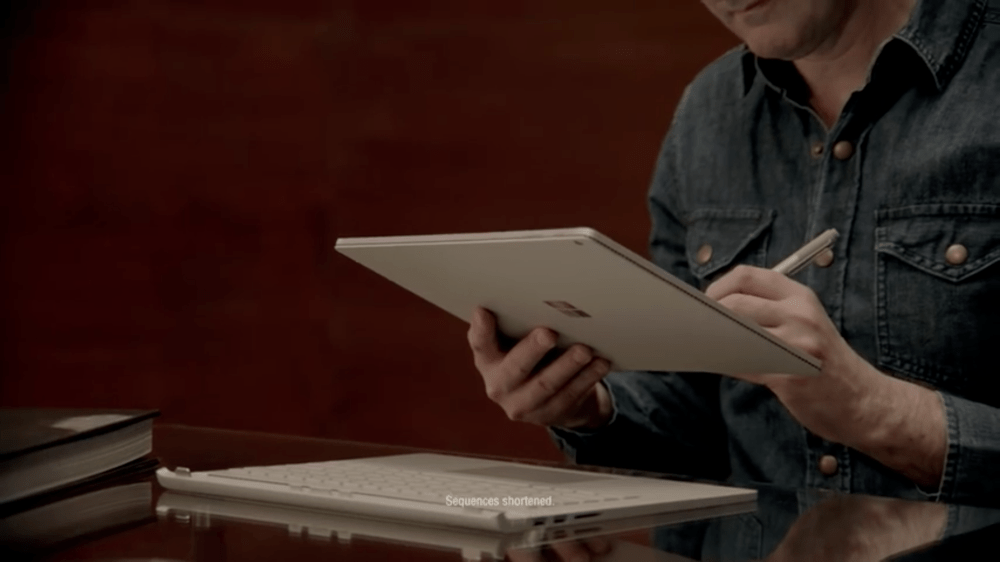 Microsoft may have tried to make nice last Christmas with its ‘Peace on Earth’ performance in front of the 5th Ave Apple Store in New York City, but a new year means a new chance to target Macs and sell more Surface tablets.

After dismissing the iPad Pro as a companion device earlier this year, the company started advertising their Windows 10 operating system by highlighting what Macs can’t do: namely having a voice assistant, although 9to5Mac has reported that Siri is destined for the Mac in OS X 10.12 later this year.

Now Microsoft is focusing on its not-quite-a-tablet-but-definitely-not-a-notebook hybrid Surface Book laptop, which features both touch and input like Surface tablets but has the body of a notebook. The latest ad (via iClarified) assigns photographer Tim Flach this line: “I can’t do that on my Mac.” Noticing a theme here? I personally liked Apple’s ‘I’m a Mac and I’m a PC’ ads better when they were the underdogs.

Anyway, take Microsoft’s advice is use the iPad Pro and Apple Pencil with an app like Astropad and you can do that with you Mac … only like a professional. :) See the ad below: