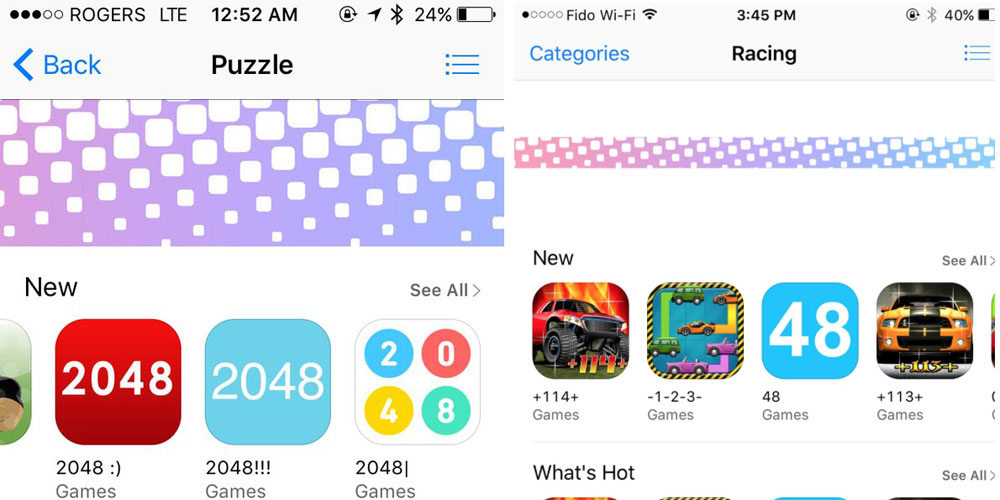 App Store editors, you had one job https://t.co/uLLOuXTDvb

Both drew attention to the fact that highlighted app categories in Canada and other countries (though seemingly not the U.S.) were filled with a whole range of similarly-named apps, and that apps whose names put them at the top of alphanumeric sorting remain in the ‘New’ category forever …

The issue isn’t new, being the subject of a Radar bug report dating back almost three years. That report was listed as ‘closed/behaves correctly’ by Apple. However, Twitter users posting screenshots to illustrate the extent of the problem appear to have succeeded where the bug report failed.

Phil Schiller, who took on responsibility for App Stores in December from Eddy Cue, tweeted that the issue shouldn’t be happening, and promised to investigate.

@WesleyDyson @Adora Shouldn't happen. We'll look into it. Thank you.

Schiller took action recently to ensure that the Best New Apps section was refreshed more regularly, and said that further changes were on the way.