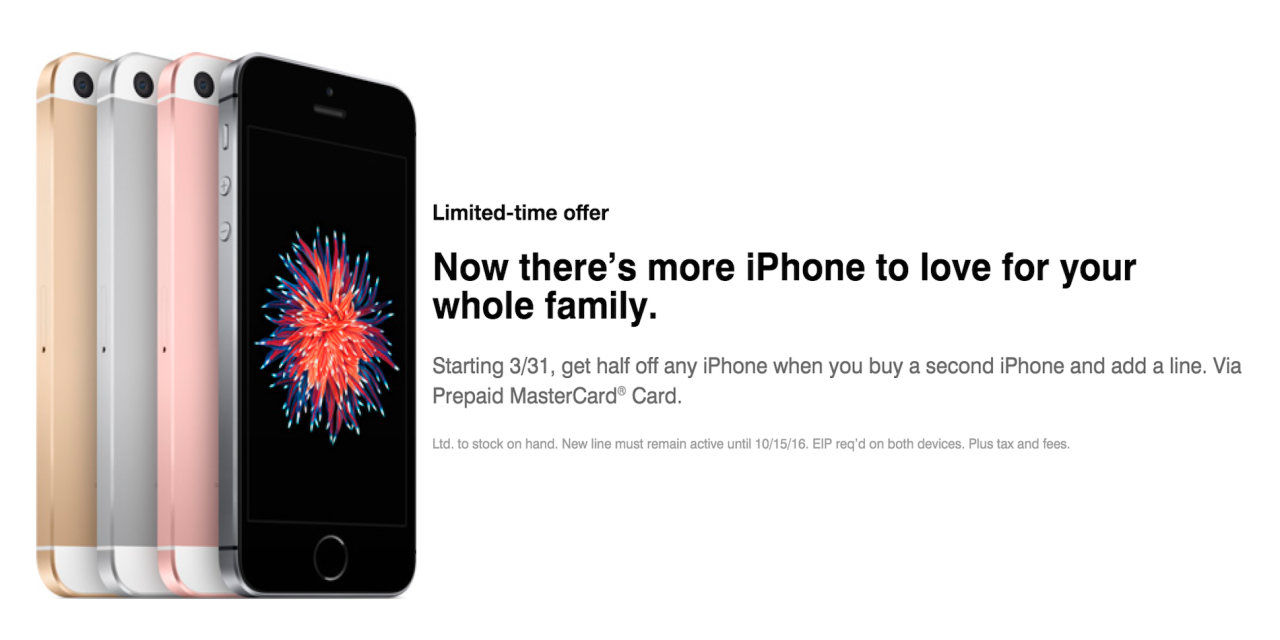 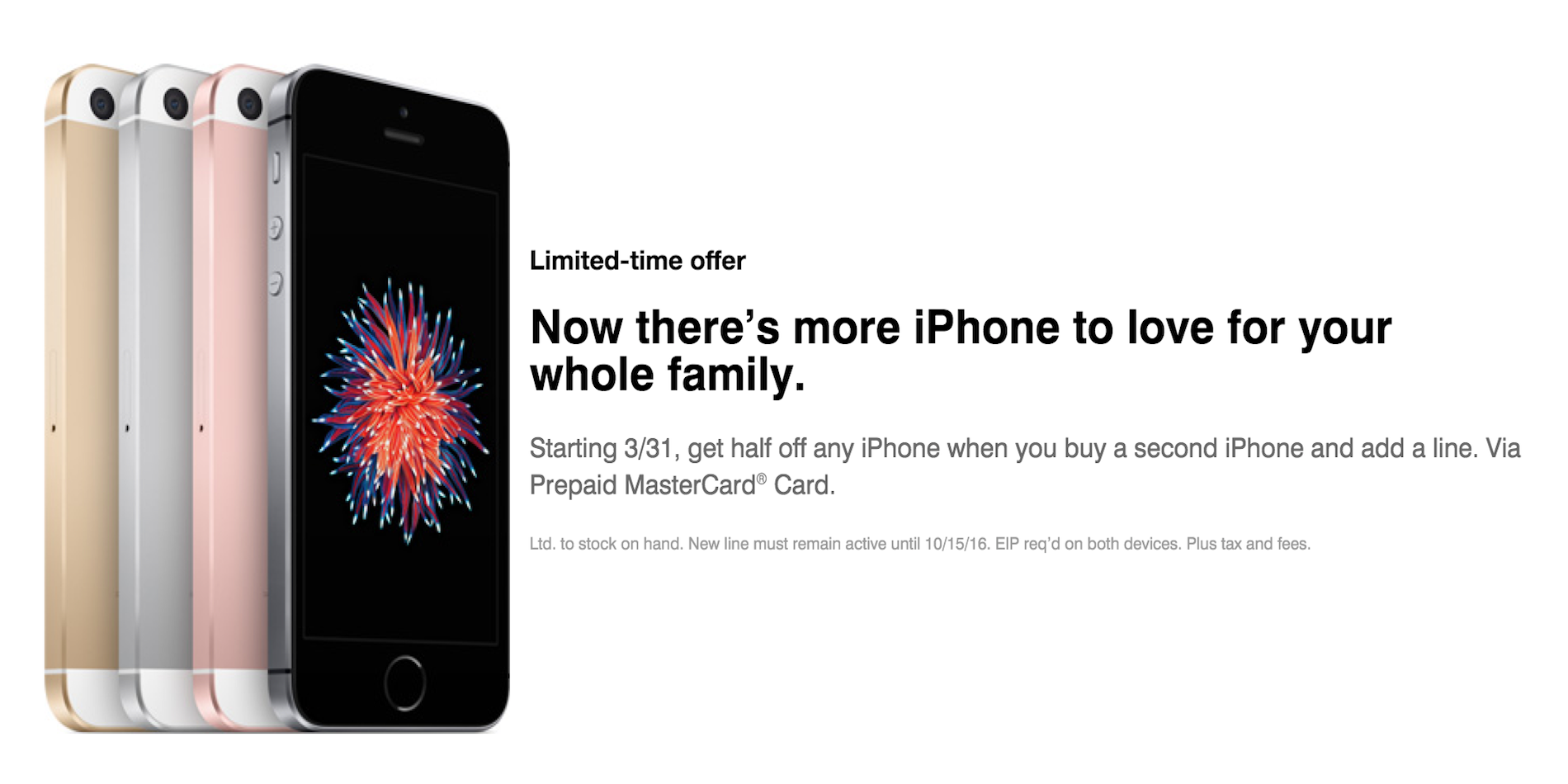 T-Mobile today announced a new buy one, get one half off iPhone deal that will accompany the launch of the iPhone SE tomorrow.

The deal will let you get a second iPhone for half off when you add a new line, and the deal is good for not only the new iPhone SE officially launching tomorrow but also the iPhone 6s Plus, iPhone 6s, iPhone 6 Plus, iPhone 6, iPhone 5s, and iPhone 5c.

T-Mobile notes that the promotion is also open to those that might have already ordered the new iPhone SE, which went up for pre-order last week ahead of tomorrow’s launch. The second iPhone has to be of equal or lesser value and you’ll get a rebate card after purchasing the first device to take advantage of the offer.

There haven’t been many deals announced for the iPhone SE launch, but Best Buy at least is offering a $50 gift card with purchase (and some bundle deals with the new iPad Pro 9.7).

The iPhone SE went up for pre-order on March 24, and it will officially go on sale in Apple Stores and carrier/retailer partners starting tomorrow alongside this T-Mobile promo.