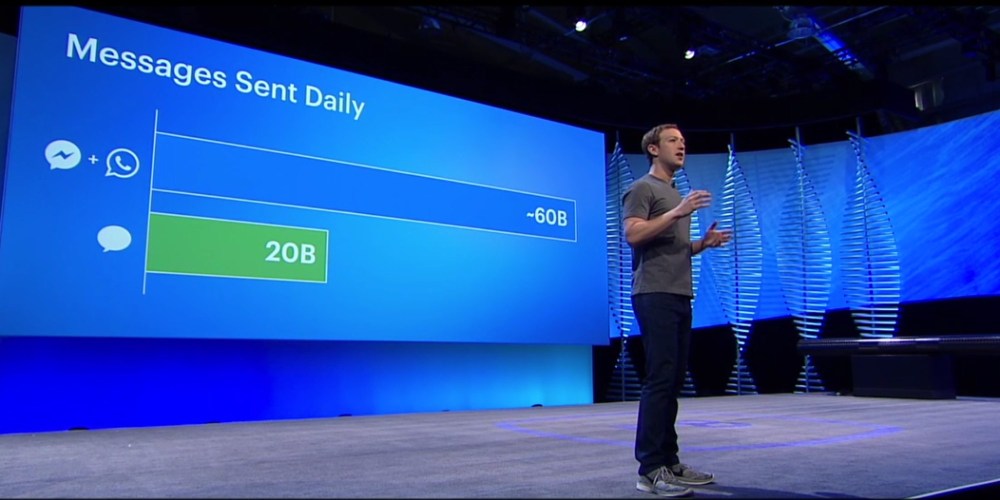 Facebook held its annual F8 developer’s conference today that laid out the foundation for what the company plans to accomplish as far out as the next ten years. Today’s keynote presentation focused more on what the next year at Facebook and its products would look like for customers. Putting a heavy emphasis on Messenger and Facebook Live, it’s fair to say that you’ll be seeing a lot of these changes coming to mobile very soon.

Starting off with one of Facebook’s newest products, Facebook announced that they are working to more prominently display and showcase users on their Facebook Live platform. The explosive growth of its live streaming feature has pushed Facebook into making live video discovery easier for all users.

Similar to how Snapchat has a Discover area, Facebook’s new Live tab in the Facebook app will bring friends, celebrities, and other influencers into the video streaming spotlight. During the F8 keynote, presenters were sure to show celebrities like Vin Diesel who have been big proponents of the platforms since its launch.

For developers, Facebook has also introduced its Live API with drone maker DJI as a launch partner. Developers will now be able to directly integrate the Facebook Live platform into their apps making video streaming ubiquitous across all applications.

DJI was shown using the Live API today as they had already begun integrating it into their Phantom drones. The Live API was able to embed Facebook’s Live chat over the DJI UI, allowing operators to fly around and keep an eye on the conversation at the same time. Facebook stated that a firmware update would be coming to the Phantoms soon that would enable the integration, although what models would be enabled wasn’t made clear.

Messenger also got a laundry list of updates today, although most of them won’t be immediately obvious to most users. The biggest of these will be that Facebook is opening their Messenger and Bots platform for all developers today.

Opening the Messenger Platform to businesses gives them another avenue to directly communicate with customers without the customer having to download yet another app. David Marcus, Facebook’s head of Messaging Products, showed an example where he was able to set requirements for a shoe he was looking for, select the one he wanted, and purchase it all within the Messenger application. While many other chat applications are building with a focus around chatting alone, Facebook believes that a healthy mix of UI and conversation will be the route to go.

Facebook’s Messenger Platform also opened the doors for companies to build out their own conversational bots using the Wit.ai Bot Engine. On stage it was explained that a developer would feed the bot a few sample conversations, and using AI and machine learning it would quickly learn around your content. Spring, Poncho, and CNN are currently using bots on the Messenger platform. Stay tuned for more on this…

The last announcement from today that you may start seeing creep up into new applications is the use of Facebook’s newly launched Account Kit. You may be accustomed to seeing apps allowing you to use your Facebook account to login or sign-up to a service, but today’s Account Kit takes it further by allowing you to use just your phone number.

Developers will now be able to integrate Facebook’s Account Kit into their applications giving users the ability to sign-up and log in using a phone number, Facebook account, or email address. When signing up with an email, a confirmation code will be sent via SMS to the user where they will then be able to use that to login. The general experience is similar to Apple’s Two Factor Authentication process.