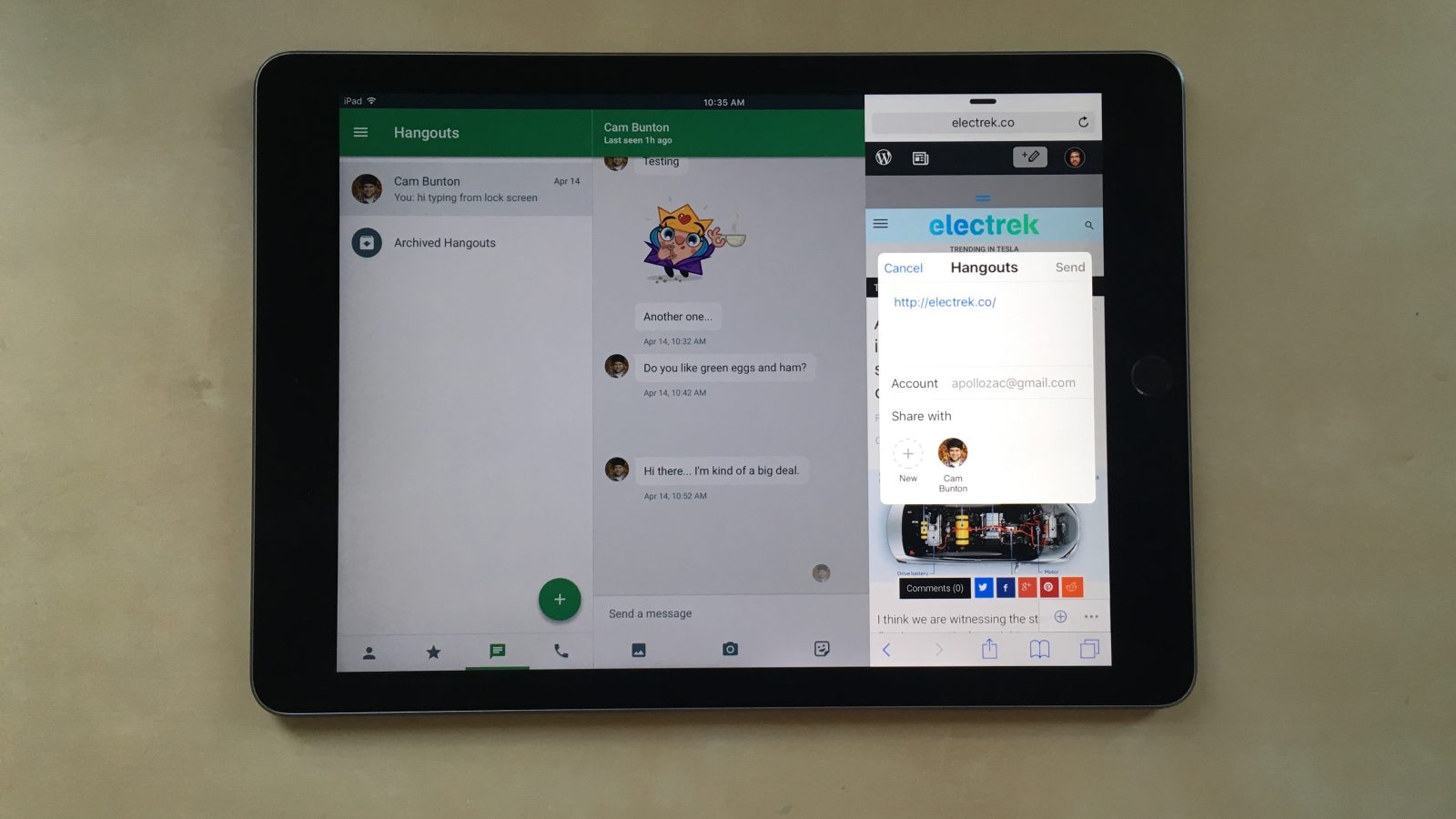 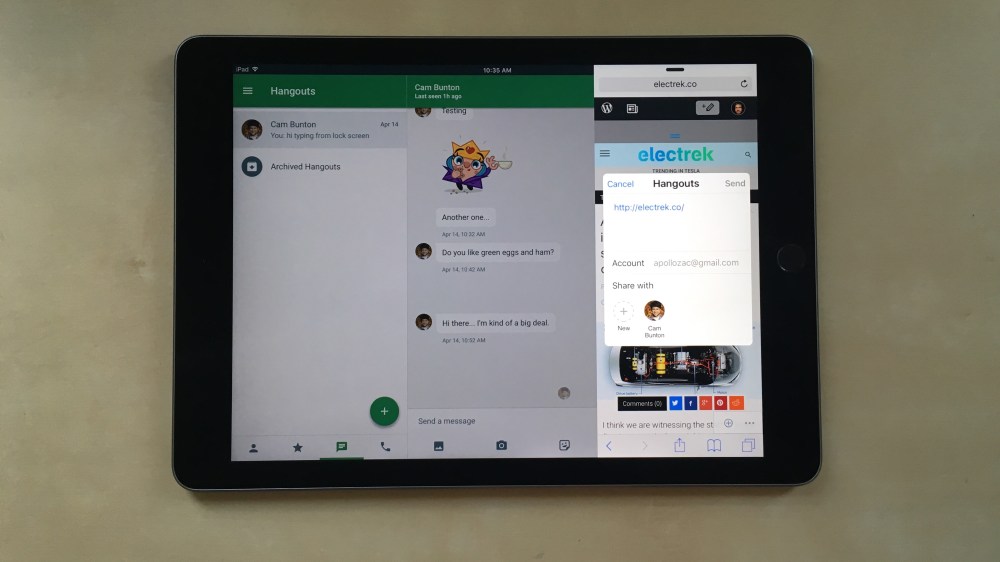 Starting with the latest update, users can share content over Hangouts on iOS without being in the app.  Just activate the newly added Hangouts extension by tapping the share/action button (box with arrow) on an app like Safari or Photos, then tap ‘More’ at the end of the row of colored app icons, toggle Hangouts on and position it wherever you prefer.

As long as you’re logged in to Hangouts, tapping this new extension will allow you to share photos, videos, notes, URLs, and more from apps like Safari, Chrome, Photos, and Notes to your contacts in Hangouts. The extension brings up a new menu that lets you confirm which account you want to send from as well as which contacts you want to share with.

Despite being enhanced for iOS 9, Hangouts still lacks iOS 9 multitasking features like Split View and Slide Over for now at least. Still, the newly added extension appears well implemented and the Low Power Mode enhancement is a clever and responsible feature considering the power saving mode is optional.

Grab the latest version of Hangouts for iOS for free from the App Store.