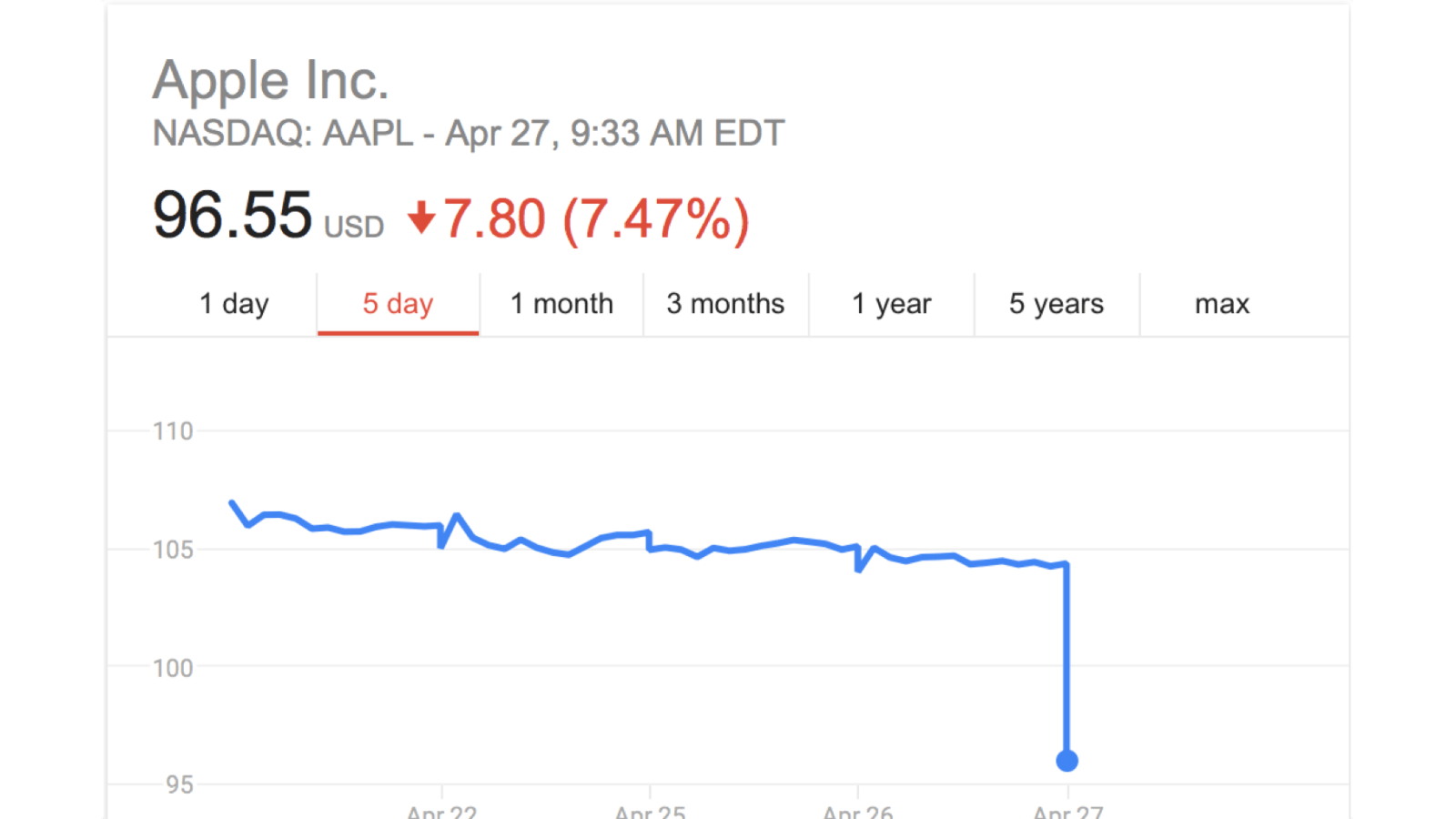 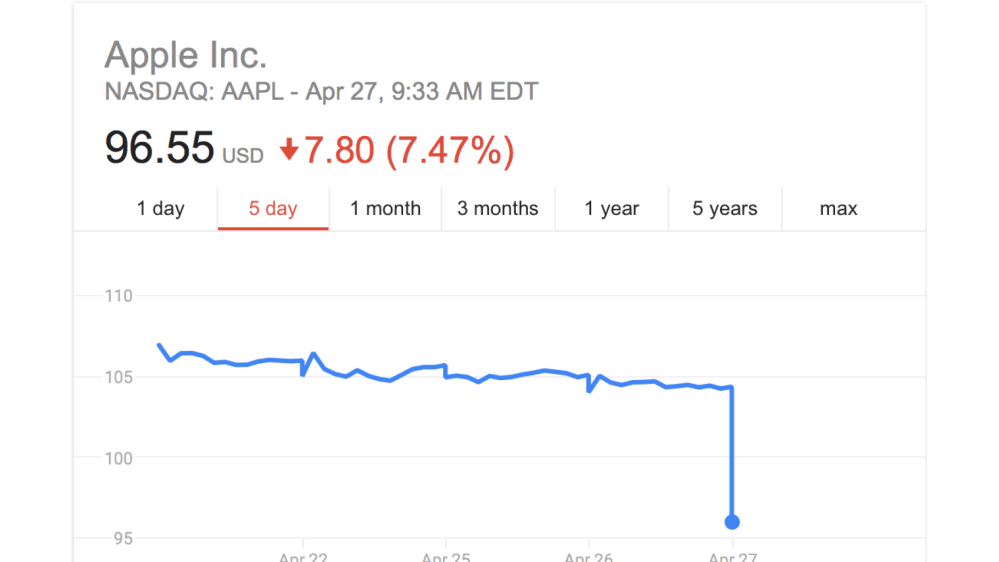 Following Apple’s earnings results last night, where it posted its first YOY quarterly revenue decline since 2003, AAPL has opened down more than 8% — the stock price is far below the $100 mark as morning trading begins. Apple reported revenue of $50 billion (compared against $58 billion in the year-ago quarter), on sales of 51.1 million iPhones, 10.2 million iPads and 4 million Macs.

The stock price fall means over 40 billion dollars of market cap value has been erased overnight. Market capitalization is the approximate value of the company, a multiple of the stock price and number of shares. The stock closed yesterday at $104.

In its earnings call, Apple CEO Tim Cook and CFO Luca Maestri remained optimistic about future business performance although investors and analysts were disappointed with the weak revenue guidance numbers Apple reported for next quarter.

Cook did say that both the iPhone SE and 9.7 inch iPad Pro had impressive launches; the sales of those new devices will appear in the June quarter results.

The stock opened down more than 8%, seen in the pictured graph as the steep crater, but has recovered slightly in early trading. It is currently down 7.15% priced at $96.90 dollars.

Although the fall still leaves Apple as the biggest company in the world by market cap, at $532 billion, it is now much closer to Alphabet (Google) — it’s closest rival. Alphabet’s market cap rests at around $480 billion.