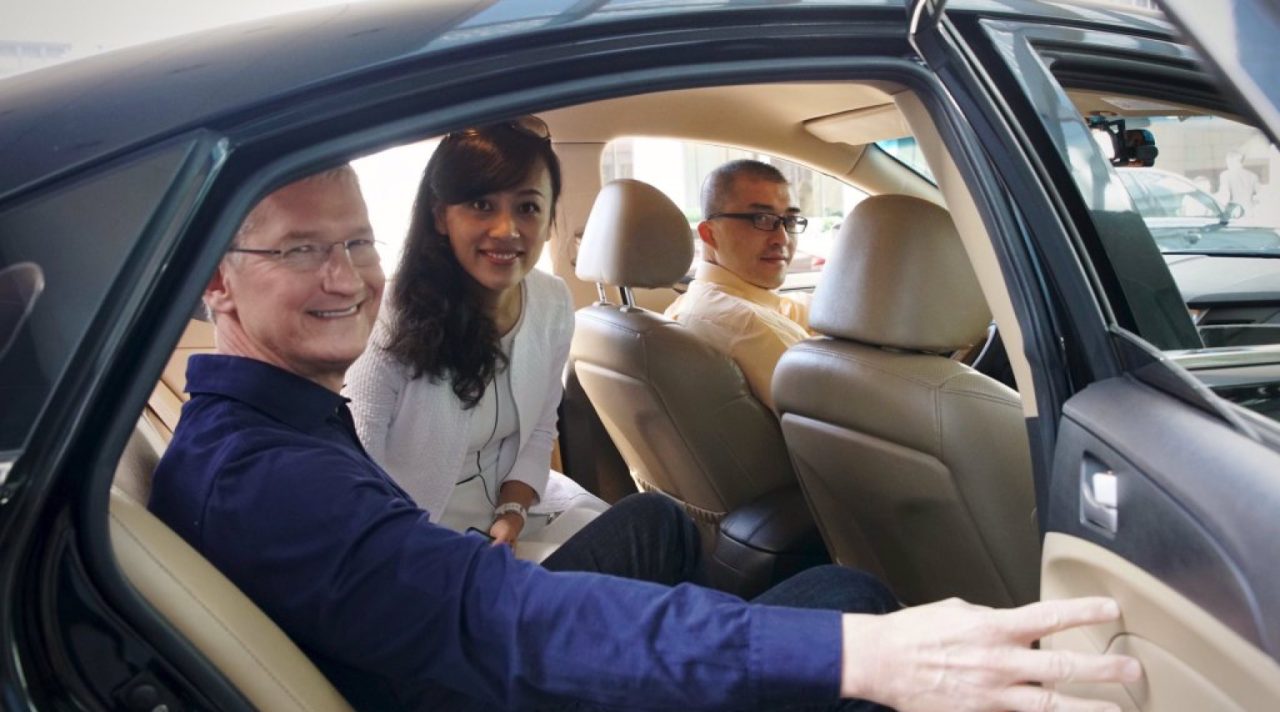 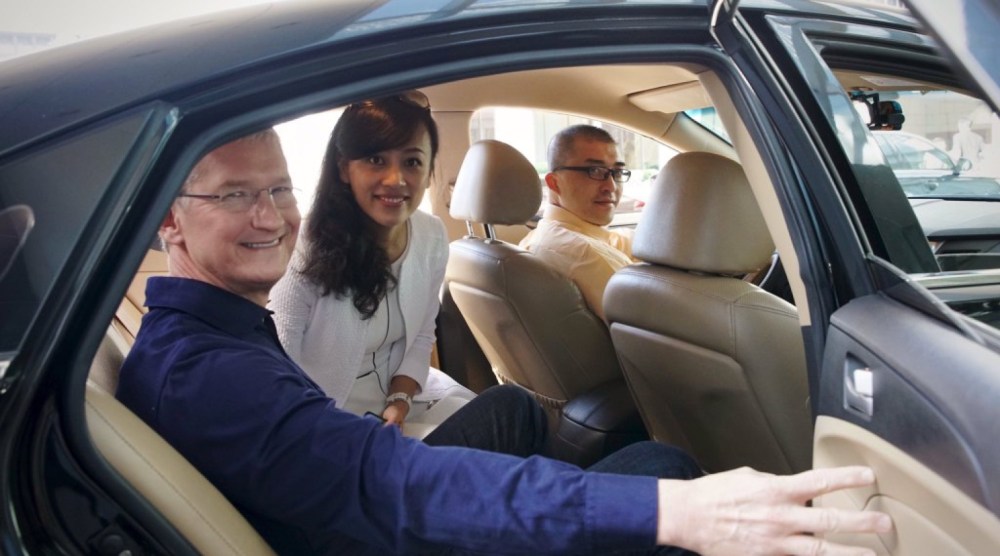 Tim Cook tweeted that he is using Apple’s latest investment as his mode of transport to get around China, posting a photo of himself in a Didi Chuxing taxi. The company is sort of like Uber as a ride-sharing service at scale; the company has announced it serves over 300 million users. Apple is thought to have invested in the company to assist its Apple Car (Project Titan) development, as well as help with government relations.

Bloomberg is reporting that Didi Chuxing is considering an IPO (in the US) as soon as next year, which would allow Apple to quickly reap financial rewards of its $1 billion investment. The taxi company is valued at around $26 billion. However, in a statement to TechCrunch, Didi has denied plans to IPO anytime soon.

It is unclear how long Tim Cook plans to spend in China, although his duties are still expected to extend beyond visits with Chinese developers in Apple Stores. He is still expected to meet with government officials later in the week to discuss international relations, potentially including the reinstatement of iTunes Movies and iBookstore sales in the region.

As Apple is relying on China for future revenue growth, it is important that Chinese attitudes towards Apple remain healthy. Notable investor Carl Icahn backed out of AAPL stock on fears that China is unstable and could foil business for the company.