Opinion: What can we expect from the 2016 MacBook Pro, and will it be worth the wait? 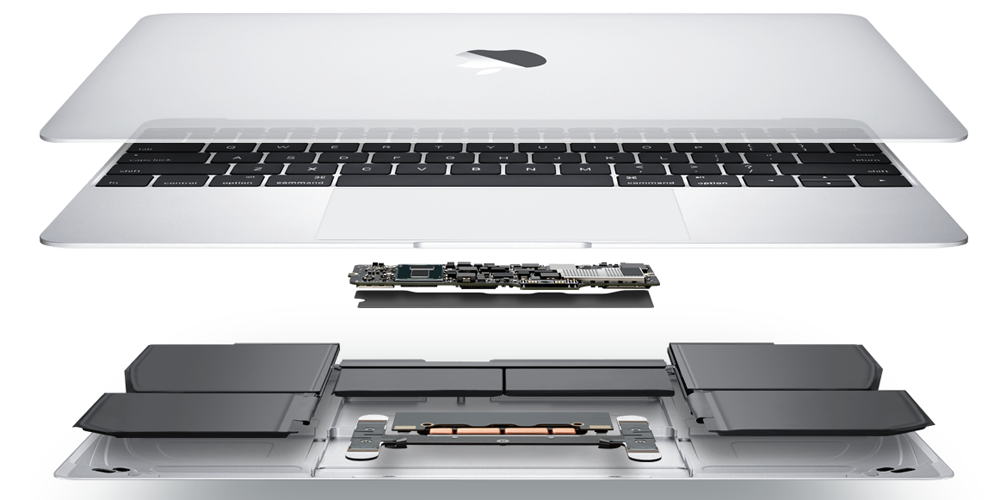 Apple has kept us waiting a long time for a new MacBook Pro. It’s been more than a year since the last update, and that was a minor one. It added Force Touch to the trackpad, provided faster flash storage, an extra hour of battery-life and faster graphics. All fine as a refresh, but nothing to get too excited about.

The latest report suggests that we’re now going to have to wait until Q4 this year before a new model is released. Unsurprisingly, that report points to a next-generation MacBook Pro with a thinner and lighter design, with cues taken from the 12-inch MacBook. More power-efficient processors should allow a thinner casing without sacrificing battery-life.

But it also suggests a couple of new features: Touch ID, and a touch-sensitive replacement for the function keys on the top row of the keyboard. At first glance, Touch ID might sound welcome but no big deal, and the touchscreen a bit gimmicky, but – executed properly – I think they could make a huge difference to the usability of the machine …

Let’s start with Touch ID. Ever since I got this on my iPhone, logging in with a passcode immediately felt clunky. I upgraded from the iPad Air to the Air 2 really just for the addition of Touch ID. It’s one of those small things that, once you have it, you don’t want to live without.

But over time, Touch ID has become a somewhat bigger deal. Using it to authorize app downloads makes for a smoother experience than entering your Apple ID password, and two years ago Apple dramatically expanded the functionality by opening it up to third-party apps.

Logging-in to my banking app, for example, used to be a real pain, requiring random characters from my ebanking password – which is a gibberish collection of characters I’ve memorized, so I always had to count them out to enter the correct ones. This was followed by the answer to a memorable question, which in my case was entirely unrelated to the question. Being able to logon just by using my fingerprint was a massive step forward in usability.

The usefulness of the fingerprint sensor took another dramatic leap forward later that year when Apple launched Apple Pay. Here, Touch ID not only offered a convenient way to pay for things, but also offered far greater security than using a physical card by substituting a one-time code for your actual card details.

So Touch ID is not a small thing if Apple offers the same level of functionality on the Mac as it does on iOS devices.

Logging into websites, for example, would be an obvious application. Sure, password managers help a lot, but there’s no more convenient way to do it than just touching a finger to the sensor. If Apple gives Touch ID access to our Keychain, that’s a lot of convenience right there.

Similarly with Apple Pay. Imagine seeing Apple Pay as a payment method on shopping websites, and simply being able to use your fingerprint to finalize the purchase. Not only is this easier than having to enter your card details – even using Keychain or a third-party password manager – but it means you get the same security benefits online as you do for purchases from physical stores. No longer will we have to worry about online stores being hacked because those sites will never have our card details.

Adding Apple Pay functionality to Macs will require a Secure Enclave as well as the Touch ID sensor, of course. Since the existing one in iOS devices is based on ARM chips, Apple will need to engineer a new solution compatible with Intel chips, but that shouldn’t be too great a challenge.

I’m confident Apple will offer Apple Pay as a payment option on its own online store, and that other major chains will follow suit – those premium consumer dollars will make it a no-brainer.

Then there’s that OLED touch-sensitive panel, replacing the physical function keys. At this stage, we know nothing more about it, but we can make some guesses.

If all it did were replace hard keys with soft ones, it would be a pointless gimmick – and actually a downgrade, as touch typists would have to look down at the keyboard to use them, and the screen would consume some battery-life.

Apple isn’t totally immune to pointless gimmicks – I’d actually argue that the obsession with ultra-slim devices over battery-life verges on that territory – but it doesn’t go in for completely silly ones. So we can be confident that it will do more than that.

How much more, is an unknown. One possibility is that it could replace the dock. Not totally, as older Macs would of course still need it, but it’s possible that OS X could detect a machine with the touch-panel and allow us to recover a little extra screen real-estate by moving the dock to the display panel.

But a second – and to me far more interesting possibility – is that Apple could allow apps to program the keys. So, when you’re in the Finder, the function keys perform their normal role, controlling brightness, volume and so on. But when you’re using an app, that app gets to configure the keys as shortcuts.

Imagine pro apps like Final Cut Pro, Logic Pro, Photoshop and Lightroom each having the ability to program the keys as shortcuts to commonly-used functions. You’d end up with a lot of the convenience of a physical keyboard skin, but appearing automatically for every pro app you use.

Assuming this is indeed what Apple has in mind, I think this is a pretty big deal.

We’re also told that the refreshed models will feature USB-C ports, with built-in Thunderbolt 3 support. That much was already obvious, but we’re still left with a couple of unanswered questions.

First, how many USB-C ports will we get in a MacBook Pro? It certainly won’t be just one – that’s just about acceptable on the 12-inch MacBook, which champions portability over everything else, but would be completely unacceptable on a pro machine. But will it be two, three, four or more?

Looking at the existing MacBook Pro for clues doesn’t actually help that much. That has two USB 3 ports, but it also has two Thunderbolt 2 ports. With Thunderbolt 3 now integrated into USB-C, separate Thunderbolt ports would be redundant, so four USB-C ports could be seen as a like-for-like swap – but it’s not that simple.

Assuming Apple does the same with the MacBook Pro range as it did in the new MacBook, and drops MagSafe in favor of using a USB-C port for power, that’s one port that would be occupied. We’d thus need five USB-C ports to provide the same degree of connectivity.

The second – and related – question is whether Apple retains any of the legacy ports. If it retained two USB 3 ports, for example, that would allow it to have three USB-C ones. But the existing MacBook Pro also has HDMI and SDXC slots – will those survive?

Given Apple’s historical willingness to lead the way when it comes to dropping legacy standards, like floppy drives, optical drives and FireWire, I’d say that it is most likely to go all-in on USB-C. All legacy USB accessories will of course continue to work through USB-C, but they’ll require adapters.

Many pros will complain about that, long and loud. I’ll be among them. But, in the office, my USB devices are all connected to my display – or a USB hub hanging off it – not from the MacBook Pro itself. It’s only when mobile that it would be a pain.

And the number and volume of those complaints is unlikely to exceed those heard when Apple dumped the optical drive, something many pros felt they couldn’t do without, so I think it’s fair to say that the company isn’t afraid to weather that kind of storm. And, like all storms, it passes.

One other question about ports: will Apple also drop the 3.5mm headphone socket? Given that it now appears near-certain that it is doing so from the iPhone 7, my guess is that it will do the same on future MacBooks. So perhaps we’ll see a Lightning socket in a Mac for the first time, for audio use. Many of us use the same wired headphones for iPhone, iPad and Mac, so this would be a friendly thing for Apple to do. But it may instead expect us to use an adapter (perhaps Lightning to USB-C).

So I think we’re going to see a very different beast in terms of ports. Somewhere between four and six USB-C ports (I’d hope for six but fear it may be four), perhaps also a Lightning socket for headphones, but nothing else.

Assuming I’m right, would you consider such a MacBook Pro worth the wait? Lighter and thinner, but with the same battery-life. Touch ID, extending to website logins and Apple Pay. A programmable touchscreen panel used for both system functions and shortcuts in pro apps. And an array of USB-C ports.

Personally, I’d absolutely love full-function Touch ID and app-programmable keys. I’ll complain about a lack of legacy ports but will just buy USB-C adapters and get on with it. What about you? As ever, please take our poll and share your thoughts in the comments.

Thanks to Benjamin and Seth for their input.